"You would see wonderful football, for sure."

Eric Cantona has told Manchester United supporters he would relish the opportunity to become the cub's manager if he was offered the position.

United's uncertain start to the season has seen speculation that the club have considered replacing current boss Jose Mourinho, reports claiming at the start of the month that his departure from the club was imminent.

END_OF_DOCUMENT_TOKEN_TO_BE_REPLACED

Though Mourinho remains at the helm at Old Trafford, Cantona, who was speaking at an event at Salford's Lowry Theatre on Sunday evening, explained that he felt the former Chelsea boss was not a good fit for the club, despite his impressive managerial career.

"Some clubs have an identity of attacking football and some have defensive football. I think he's a great manager but he's not in the right club." 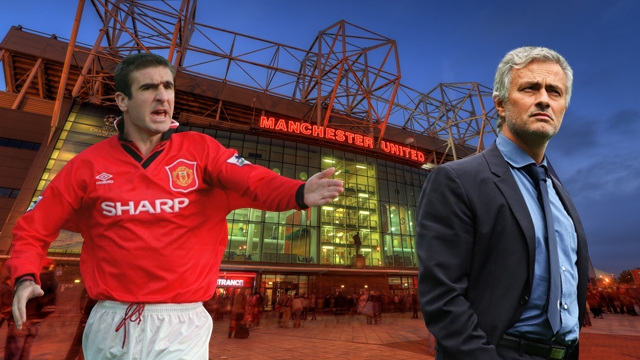 Cantona, who made 182 appearances for United, was later asked what he would take the job as manager if presented with it.

"Of course," he said, a reply which was met with cheers from those in the audience.

"You would see wonderful football, for sure."

The former French international had been present at Old Trafford earlier on Sunday to see United win 2-1 against Everton.

Goals from his countrymen Paul Pogba and Anthony Martial had put them two goals up before a penalty from Gylfi Sigurdsson halved the deficit from the penalty spot with 15 minutes still to play.