Rodgers left Celtic for Leicester and the boys in Green are not impressed.

Brendan Rodgers quit his role as manager of Celtic for the bright lights of Leicester or, more specifically, the Premier League.

The Scottish champions were on for a treble-treble under Rodgers, an unparalleled achievement in domestic football.

END_OF_DOCUMENT_TOKEN_TO_BE_REPLACED

But, after two and a half years at Celtic Park dicking anyone and everyone in his way, the manager has headed for pastures English.

Understandably the green Glasgow faithful have something to say about that as their team travelled to play Hearts for a midweek Scottish Premiership fixture.

Fans unfurled a banner reading: "You traded immortality for mediocrity. Never a Celt. Always a fraud."

"You traded immortality for mediocrity. Never a Celt. Always a fraud."

Celtic fans had a strong message for Brendan Rodgers after he left the club to join Leicester City 👀 pic.twitter.com/6weLme7L25

The @CelticFC fans at Tynecastle for @JamTarts game have a banner after Brendan Rodgers departure. ‘You traded immortality for mediocrity: never a Celt, always a fraud’ pic.twitter.com/SUpq6cTmK1 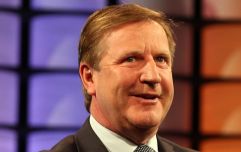 END_OF_DOCUMENT_TOKEN_TO_BE_REPLACED

Leicester beat Brighton 2-1 this week with Rodgers in the stands, meanwhile Neil Lennon has taken over as caretaker in Glasgow until the end of the season.

He told Celtic TV: "There's a chasm to fill with Brendan leaving. He's done a remarkable job, but I'm here for the club.

“The club comes first as do the players. I want to bring as much success during my time here as I possibly can.

"All I want to do is carry that on - it's not broken and I'm not coming in and looking to revolutionise anything."


popular
Allan Saint-Maximin pays tremendous, heartfelt tribute to Steve Bruce after sacking
Shane Walsh: 'That's not how I was coached to play football. No one was coached to play football that way'
Spicy Donegal semi-final the highlight of a rip-roaring weekend of GAA on the tv
Seven exciting Ireland prospects pushing for November squad inclusion
"Ah, come on!" - Richie Sadlier and Didi Hamann couldn't even agree to disagree on Griezmann's red
Derry club win county final factfile games with extravagant set of jobs
"Where Johnny Sexton is so important to us now is being able to pass the baton"
You may also like
6 months ago
Ally McCoist on Roy Keane's rapid response when he asked about Celtic job
6 months ago
Scott Brown praised for support of Rangers midfielder Glen Kamara
7 months ago
Roy Keane "wants to be Celtic boss" after two years away from management
7 months ago
Roy Keane cheers all Celtic fans with response to Rangers title win
7 months ago
Rangers fans fly plane banner over Celtic game as title slips away
9 months ago
Spartak Moscow troll Celtic over controversial trip to Dubai
Next Page