This time next year, Ireland will hopefully be gearing up for Euro 2020 with a few of these exciting talents in their squad.

Conor Masterson did not look overly impressed with the presentation for 4th place trophy at the Toulon Tournament.

Having won their opening two games by playing some lovely football and plundering goals, this is not what Masterson and his teammates would have envisaged the night before they faced Brazil in the semi-final. 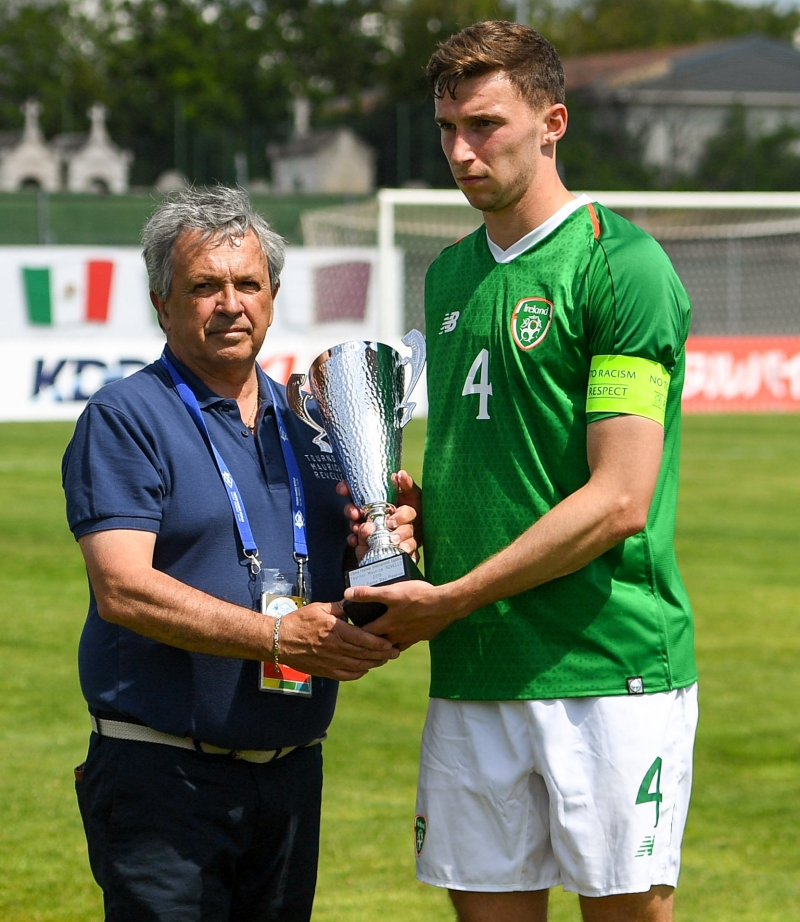 Brazil defeated Ireland in the last four and Stephen Kenny's side lost their third/fourth place playoff on penalties to a decent Mexican side. The game finished 0-0 after 90 minutes and went straight to a shoot-out Ireland lost, in controversial circumstances, 4-3.

Many of the players involved will now get two or, at best, three weeks off before heading to their clubs, in England, for pre-season. The League of Ireland contingent will be straight back to it.

Before they left for home, the squad had the glowing praise of Kenny ringing in their ears. They had shown themselves more than capable of mixing it with the best young players in the world, said Kenny, and could now kick on.

🎥 | "It's been a brilliant tournament, every single player can be incredibly proud of themselves..." 👏👏#IRLU21🇮🇪 boss Stephen Kenny was full of praise for the entire squad after they finished fourth at the @TournoiMRevello tournament, our highest-ever finish! #COYBIG pic.twitter.com/u20yQ0y4d2

END_OF_DOCUMENT_TOKEN_TO_BE_REPLACED

Kenny was fulsome in his praise of the five Ireland U19 players - Jason Knight, Aaron Connolly, Adam Idah, Lee O'Connor and Conor Coventry - that had stepped up to the U21 level for the first time, in France.

Looking at that Ireland squad that travelled to Salon-de-Provence for the end-of-season tournament, several have the talent and mettle to do what is needed to take another stride next season. Here are the four players we feel could feature in the senior Ireland squad over the next 12 months. 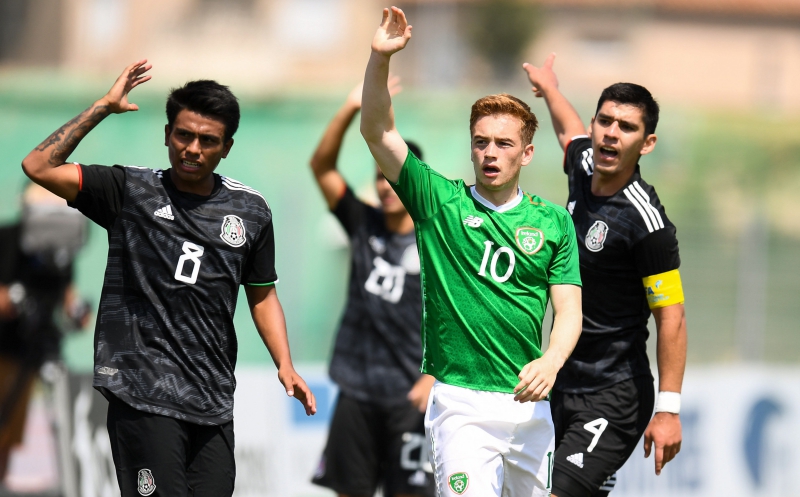 Back at the end of 2016/17, Ronan was drafted into the senior Wolves team and showed no fear. He featured in a handful of league games and an FA Cup win over Liverpool, at Anfield.

"Connor Ronan was very good. I've said before he'll have a big career in the game. His general game was outstanding." 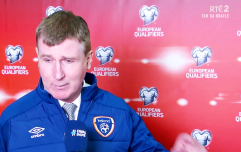 END_OF_DOCUMENT_TOKEN_TO_BE_REPLACED

Nuno Espírito Santo arrived at Wolves, the season after, and Ronan made seven senior appearances without ever getting a proper run. He was loaned to Portsmouth in January 2018 and made 16 League One appearances. Last season saw him have loan spells at Walsall (League One) and, earlier this year, with Slovakian side Dunajska Streda.

Would appear to be up against it at Wolves so may have to look for another loan deal next season, but has already proved to be a tidy player at both League One and Championship level. A big few months ahead. 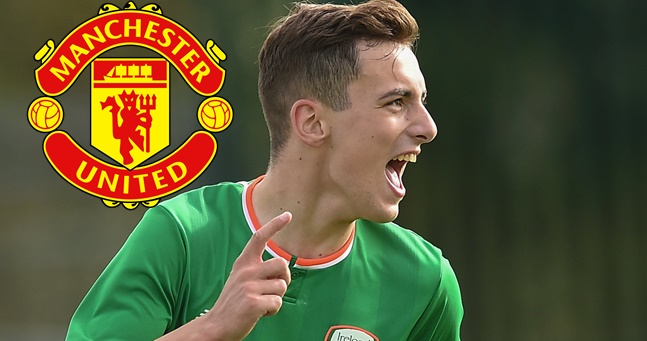 Highly rated within the Irish set-up and by those following him closely at Manchester United. Signed up in 2016 by United, O'Connor won U18 Player of the Year after his first season and is now doing well for the U23s in 'Premier League 2'.

O'Connor has captained Ireland U19s and this tournament was his first involvement with the U21s. John O'Shea, who watched O'Connor closely when doing some punditry work for MUTV, told us:

"United U23s were playing Reading and I was able to watch Lee up close. And obviously, other people had been talking to me about him.

"I’ve been trying to keep an eye on his career, and he was quality, top quality on the pitch. He was very comfortable, he went right-back to left-back in a breeze, it was no problem to him."

O'Shea believes O'Connor has a bright future ahead of him and stated he may benefit from a loan spell. Given United's defensive frailties last season, O'Connor may be tempted to give it his all in pre-season and convince Ole Gunnar Solskjaer to consider him for a role within the senior squad. 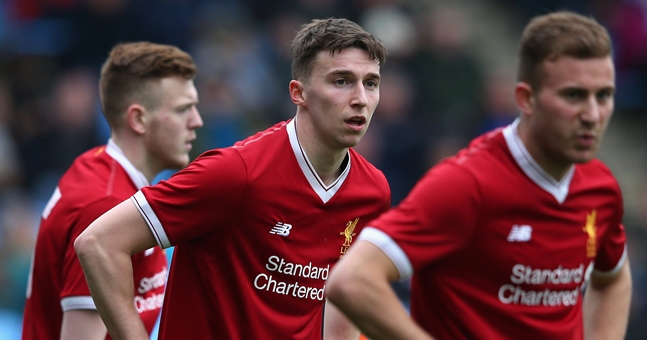 Ireland's captain at the tournament, Masterson was released by Liverpool at the end of the season but Norwich City are said to be keen on securing his services.

Signed from Lucan United at the age of 16, Masterson was Ireland's next great hope at Anfield and was on the bench for a few senior games. Opted against loan moves to stay and show what he was worth with Liverpool's U23 side and came into the U21 squad earlier this season.

A towering presence at the back, for Ireland, and a tidy footballer too. If the Canaries don't snap him up, another Championship side should.

In all likelihood, Taylor will need to secure a summer move, or loan, to stand any chance of coming on Mick McCarthy's radar. When considering Taylor for a rapid step up, it is worth noting that James McClean was playing for Derry City less than a year before he impressed after his Sunderland move and made Ireland's Euro 2012 squad. 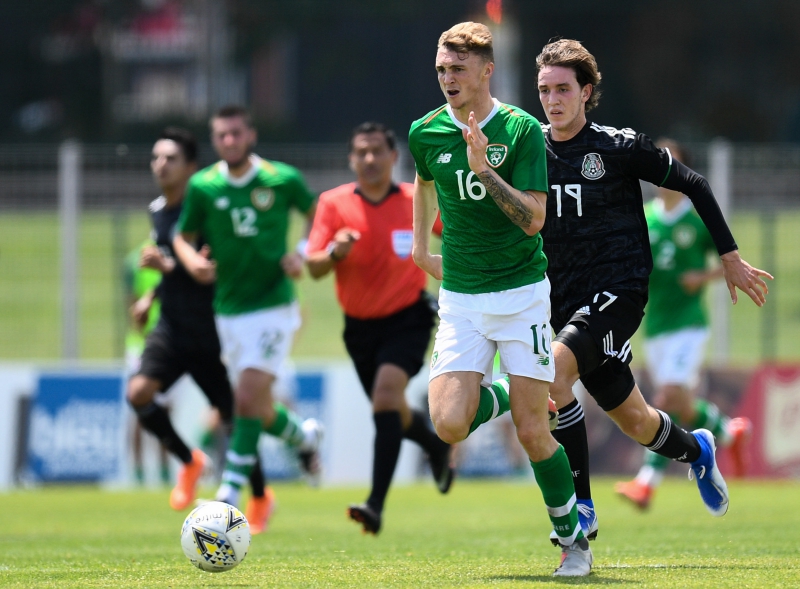 The Barnet midfielder turns 21 on June 23 and made his debut for Kenny's side at the tournament. Scored 3 goals in 32 appearances for the National League (Conference) side. He impressed at the Toulon Tournament and already impressed McCarthy when scoring the U21's two goals in a 2-1 training ground win over a Senior XI.

Honourable mentions: Ireland are in need of a goalscorer, or two, in the coming years. Next season may come too soon for him but it really is worth keeping an eye on Brighton's 19-year-old forward Aaron Connolly. He will struggle to get past Alisson, as would most goalkeepers, but Caoimhin Kelleher will be hoping to establish himself as deputy to the Brazilian next season.


popular
'Make him hurt, make him yours' - How the Springboks ruled the world
In 86 seconds, Patrick Bamford becomes English football's voice of reason
Springboks legend Tendai Mtawawira tells us what he really thinks of Ellis Genge
Jose Mourinho is the picture of happiness and health after Spurs sacking
'Beast' Mtawawira is a big fan of Mike Ross' Lions front row
"We did find him hours later and we made up." - How Flynn and his best friend came to blows in Croke Park
Jose Mourinho is about to step up and become the hero football needs
You may also like
3 weeks ago
Brian Kerr had seen this coming from miles away, we just weren't ready to hear it
3 weeks ago
"It's a shocking result... That's on us. We should be embarrassed" - Seamus Coleman
3 weeks ago
Full Ireland ratings after pitiful home defeat to Luxembourg
3 weeks ago
Gavin Bazunu starts in goal as Ireland team to face Luxembourg named
3 weeks ago
The Ireland team Stephen Kenny should start against Luxembourg
5 days ago
Man United make Old Trafford change in bid to improve home form
Next Page