Clamour for teenage sensation to switch allegiance but, sorry, it's too late

The 18-year-old has come into Paul Lambert's good graces in recent weeks at Wolverhampton Wanderers and he's making every second count.

Two weeks ago, the midfielder sprang from the bench during Wolves' famous FA Cup win at Anfield.

Then, he played over 70 minutes in the win at Barnsley - setting up a goal in the process.

On Tuesday night, he got a full game against Wigan and, although they lost 1-0, the fans are raving about him.

Can I just say.. I did tell you how good Connor Ronan was.. myself & @stevephipps83 had the pleasure of watching him for the 23s all season

let's put this out there...Well done Connor Ronan, what a delight to watch.

Connor Ronan should be the first name on the team sheet for Saturday's match .

Connor ronan must start vs brum. He's such a talent! #wwfc

What a shocker tonight.Connor Ronan was the only one to turn up has a great future .

As the fans raged about the result but raved about the performance of their new rising star, manager Paul Lambert singled out the Irish underage international for some special praise.

"I've said before he'll have a big career in the game. His general game was outstanding."

Ronan was born in England, the grandson of a Kilkenny and Galway native. He played for their under-17 side before switching to the Ireland underage setup. 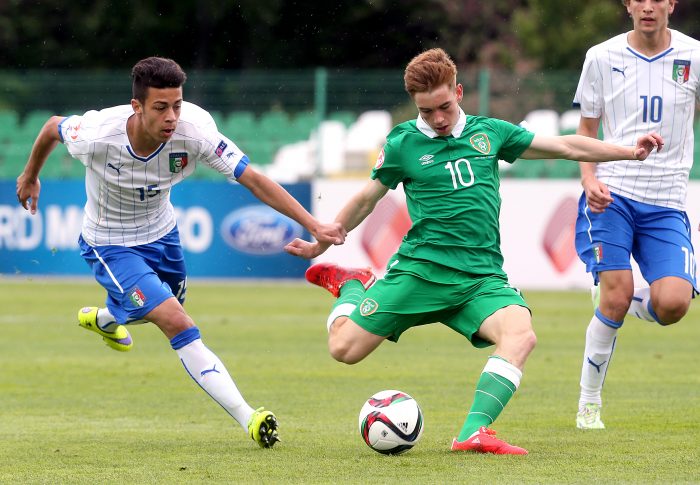 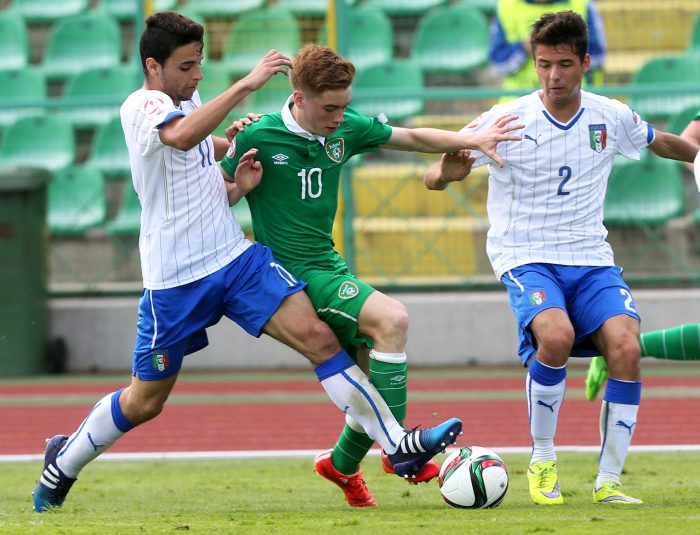 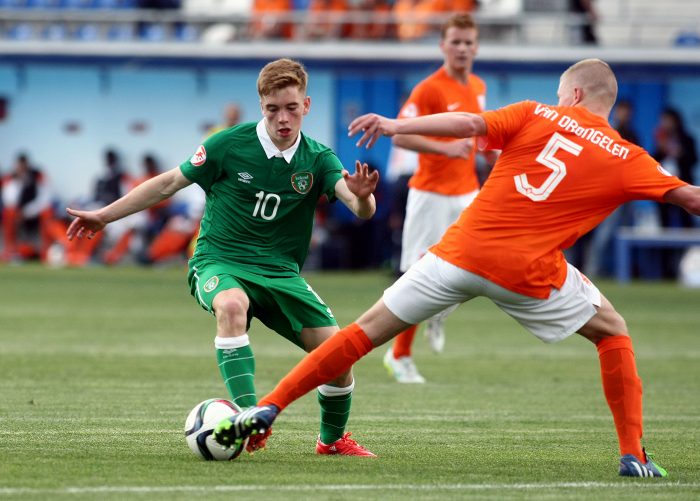 He has since played in the European under-19 championship with the Irish and, two years ago, he told the Star that he was happy with his decision - and keen to show the English what they were missing.

"I wanted to get an experience and to see which one I’d prefer to play for.

"It’s the atmosphere in the group. With Ireland, it felt like more of a team. Everyone is more together, and you feel more involved."

popular
The SportsJOE 12 o'clock quiz | Day 143
Three teams Leinster can pit against each other to prepare for Munster
SportsJOE 2000s Football Quiz | Round 12
Rory McIlroy defends Dustin Johnson after Brooks Koepka comments
Collin Morikawa makes huge world rankings leap as Lowry drops back
The SportsJOE 12 o'clock quiz | Day 142
Only a Champions League fanatic would get full marks in this quiz
You may also like
4 weeks ago
James McClean opens up on sickening, Covid-related hate mail
4 weeks ago
Commemorative Jack Charlton t-shirts raising money for those living with dementia
1 month ago
When the President interrupted a Euro 88 pint between Charlton and Dunphy
1 month ago
How an uncultured Englishman conquered Ireland's sporting heart
1 month ago
The SportsJOE 12 o'clock quiz | Jack Charlton special (Day 112)
1 month ago
An Ireland XI of players who didn't get the recognition they deserved
Next Page