You really have to feel for Darragh Leahy.

Ireland U21s finished fourth at the 2019 Toulon Tournament after first drawing with Mexico in a playoff decider and then losing 4-3 on penalties.

Stephen Kenny's side had reached the last four by defeating China and Bahrain but were beaten 2-0 by Brazil in the semi-final.

On Saturday, they faced a Mexico side with more than a few handy players in their starting XI and, in Sebastian Jurado, a very good goalkeeper. Jurado was extremely vocal throughout the tight encounter and he came up trumps in the shoot-out. 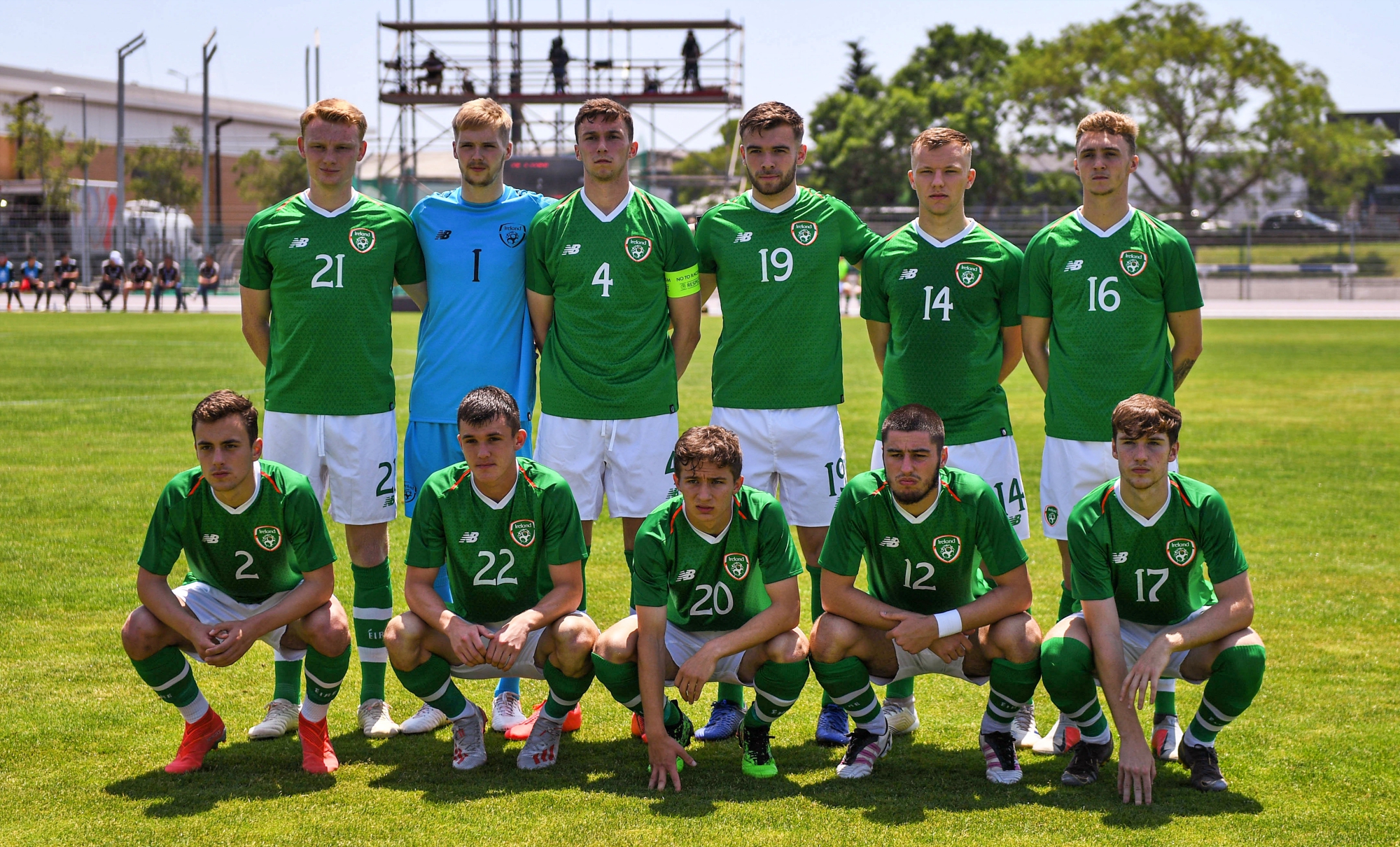 The match was played out in toasty mid-afternoon conditions at at the Stade d'Honneur Marcel Roustan in Salon-de-Provence.

Both sides had chances to settle the tie over the course of 90 minutes but Jurado, who plays in goal for Veracruz, and Liverpool's Caoimhin Kelleher both made decent saves. Kelleher was replaced after 65 minutes and UCD's Conor Kearns kept the Irish clean sheet.

The tie immediately went to penalties and Ireland quickly fell behind when Conor Ronan missed the opening spot-kick. Jack Taylor and Aaron Connolly then scored and, after three kicks apiece, it was 2-2 when Kearns saved this effort from Erick Aguirre:

🧤 HUGE save from Kearns here for @FAIreland in the penalty shootout! pic.twitter.com/RDJnTJ2Xu5

END_OF_DOCUMENT_TOKEN_TO_BE_REPLACED

Adam Idah put Ireland 3-2 ahead before Cristian Calderon levelled it again. And then a moment of controversy for Ireland.

Bohemians defender Darragh Leahy stepped up and found the bottom corner with his penalty, but he was ordered to re-take it as the referee had not blown his whistle. Leahy had to take his kick again, with this heckle from Jurado ringing in his ears:

Leahy did not change his mind. He went for the same side but Jurado did too, and the penalty was saved.

It was left to Jesus Angulo to see if he could clinch third-place for his side. He stepped up and slotted past Kearns and Mexico won 4-3.

A shame that Ireland had to lose the playoff in that manner but the players, and Stephen Kenny, will have taken a lot from the past fortnight of football.

popular
The SportsJOE 12 o'clock quiz | Day 286
QUIZ: You have 30 seconds to answer this one tricky football question
SportsJOE 2000s Football Quiz | Round 11
You'll have to be a diehard fan to get 20/20 in this Liverpool players of the 90s quiz
"Djokovic is a tool" - Tennis world turned upside down in day of days
Wayne Rooney story about Memphis Depay shows why he failed at Manchester United
Here's a list of 23 people who own a greater share of the UFC than Conor McGregor
You may also like
2 months ago
Full player ratings as Ireland fall to another defeat in Wales
2 months ago
Matt Doherty awarded man of the match playing left back, says he has no problem playing there
2 months ago
Kevin Doyle easily sums up the difference between England and Ireland
2 months ago
Aaron Connolly ruled out of all three Ireland games along with Callum Robinson
2 months ago
Big blow for Ireland as David McGoldrick announces international retirement
2 months ago
Ireland's qualification in perilous position after defeat in Ukraine
Next Page