Being from the north and supporting the Republic isn't a choice; it's just who you are

We sat in the office one evening keeping an eye on the international games. Northern Ireland scored. I tutted.

Okay, there was maybe an expletive or two added in there as well.

END_OF_DOCUMENT_TOKEN_TO_BE_REPLACED

The resident nordie giving off stink about the north's success? That's a bit strange, isn't it?

But it's not. It's far from it. In fact, anything to do with Northern Ireland is as immaterial to a man from Derry as it is to a girl from Cork.

There's not even animosity towards Michael O'Neill's team, there's none of that. The tuts and head shakes in this case were nothing more than another chorus of 'how did we get such a tough group and they got a pants one?' They were simply directed out of Republic self-pity and a genuine fear that weaker nations could be going to the big stage and we wouldn't be. 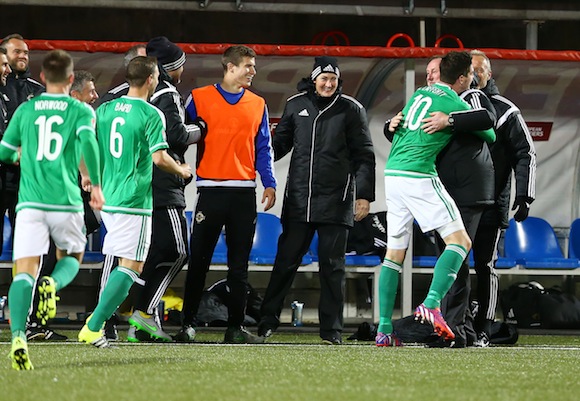 END_OF_DOCUMENT_TOKEN_TO_BE_REPLACED

There seems to be a lack of understanding about Irish people north of the border.

We didn't just suddenly choose to support the Republic over Northern Ireland because they had a better football team. Barely.

We didn't choose to support the Republic for any political reasons - well, most of us anyway.

And, do you know what, it's not even out of any nationalism or statement of Irishness or any of that.

END_OF_DOCUMENT_TOKEN_TO_BE_REPLACED

It's a simple case of you're born into a community and this is who you are. You grow up in this world. You support Ireland. And Northern Ireland is just the other team. You weren't even given a choice about them.

Those from the six counties are either Irish or Northern Irish. They're one or the other by birth. So they grow up accordingly. 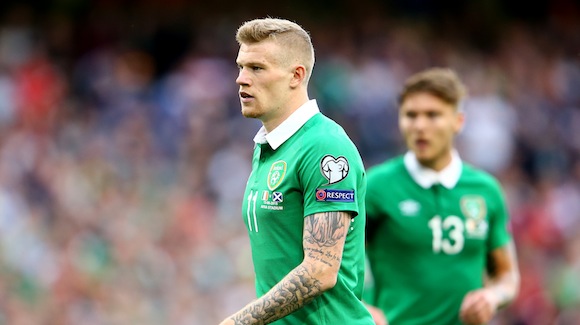 I don't think I've ever sat and watched a full Northern Ireland match.

That's not to make a statement, it's not some sort of political boycott and it's definitely not because I don't like them. I simply don't care.

Do I want to see Northern Ireland do well? I don't know. I don't care enough.

If the north went to the Euros and Ireland didn't, I couldn't possibly take any real interest or joy from pretending to follow Michael O'Neill's men. There's no history there for me or my family of supporting Northern Ireland. There's no affiliation there with the country whatsoever. 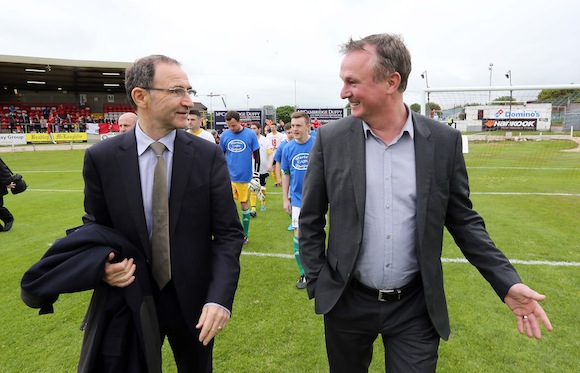 That's why some of the aggro that comes from Northern Ireland's fans over the like of James McClean and Darron Gibson is genuinely baffling.

They were born and raised in Derry city. Playing for Northern Ireland would never have even crossed either of their minds. Yes, they came up through the schoolboy system to develop themselves as players - because the system doesn't represent what is actually happening - but, given the choice, it isn't even a choice.

Playing for Northern Ireland isn't something that the vast majority of people in Derry would aspire to - because it's not their country. And it's certainly not the one they grow up supporting. Or even keeping an eye on.

I have a friend who works out in Germany with adidas and he got a freebie the other day, a Northern Ireland away jersey. It's great, he uses it for football, it's a nice piece of knitwear but, in his own words, 'imagine wearing that around Derry.'

He wouldn't exactly be strung up for it but it's just not something you do.

When you talk about Ireland with friends and with brothers and that, you say 'we'. You could be talking about Northern Ireland in the same conversation and it wouldn't even occur to anyone that, technically, that's where we're all from. And here we are, treating them as arbitrarily as we would Belgium.

He brought an Henry top and hung it up on the wall the next day. We grew up inside the same border and we couldn't have been farther from the same beliefs.

He didn't understand the passion for Gary Breen. He never could... 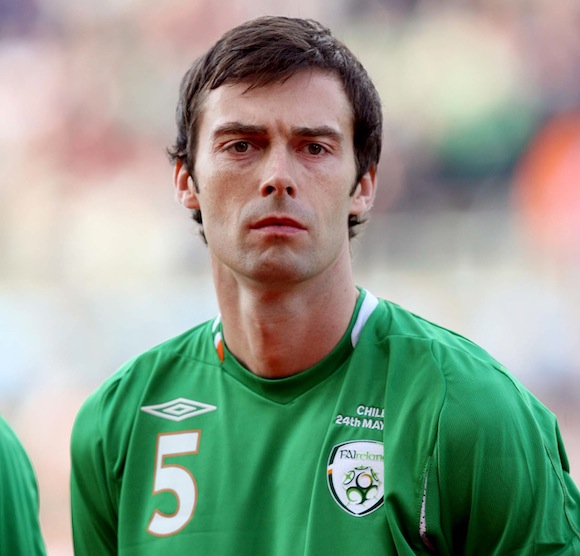 Neither of us were particularly embroiled in politics or nationalism or unionism or any of that. This was football. And where he grew up, they supported Northern Ireland.

Where I grew up, we supported Ireland.

It wasn't a choice.

And it never will be.


popular
Sean Dyche set to be named Everton manager after Marcelo Bielsa talks break down
Roy Keane flatly rejects longstanding perception of ex-Man United midfielder Paul Ince
Allianz National Football League Round 1: All the action and talking points
Conor McGregor hit by car ‘at full speed’ while cycling
Roy Keane leaves ITV pundits in stitches after Pep Guardiola's pre-match interview
Quiz: Identify these 15 football clubs that are not named after a place
"I don't like to fill my time that way" - O'Hora going his own way in an era of obsessives and covering all bases
You may also like
1 month ago
Roy Keane cracks ice cold Ireland joke after France lose World Cup final to Argentina
1 month ago
Ireland reportedly line up Lee Carsley as next national team manager
1 month ago
Talksport presenter puts Martin O'Neill to the pin of his collar over Declan Rice and Jack Grealish
1 month ago
UEFA fine FAI €20,000 for Ireland dressing room song
1 month ago
The 10 England World Cup footballers who could have played for Ireland
5 days ago
Jamie Carragher and Gary Neville clash with Premier League predictions
Next Page