Even the BBC are getting in on the act.

By now it's a well-known fact that Manchester United are not very good at football. They are, without a doubt, firmly in the grips of what feels like a never-ending banter era.

Everywhere you go people want to laugh at just how shockingly bad they've become. Including, it seems, the BBC. 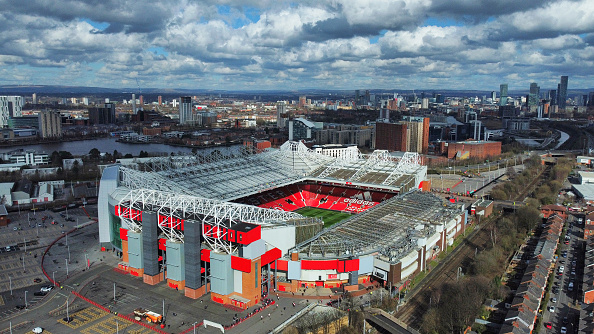 END_OF_DOCUMENT_TOKEN_TO_BE_REPLACED

During their morning bulletin on Tuesday, BBC News reminded United fans - and anyone, for that matter - that these are undeniably bleak times for the Red Devils.

Eagle-eyed viewers will notice the ticker on the video below, designed to provide different headlines for all the major stories going on at that time.

However, on this occasion, one of their key headlines simply stated: "Manchester United are rubbish."

Errrr… what is going on with the BBC News ticker? pic.twitter.com/fofbiGyMfs

END_OF_DOCUMENT_TOKEN_TO_BE_REPLACED

The BBC later offered a brief apology, explaining that the error had occurred when a trainee, on their first day of work, had inadvertently posted the message to millions of viewers while trying to get to grips with how the ticker worked. Oops.

They said: "A little earlier some of you may have noticed something unusual on the ticker that runs along the bottom of the screen with news making a comment about Manchester United.

END_OF_DOCUMENT_TOKEN_TO_BE_REPLACED

"I hope Manchester United fans weren't offended by it. Someone was training to learn how to use the ticket and to put text on the ticker, so they were just writing random things, not in earnest.

"That comment appeared so apologies if you saw that and you were offended and are a fan of Manchester United, but certainly that was a mistake and wasn't meant to appear on the screen."

Apology by BBC News after a trainee, learning how to put text on the ticker (the headlines that run along the bottom of the screen) accidentally published the words "Manchester United are rubbish" live on the broadcast...

Whoever that trainee was, fair play.


popular
Liverpool set £60m Mo Salah price as contract talks continue
QUIZ: How many of the 10 most successful football counties can you name without making a mistake?
Patrick Vieira claims he was 'much better' than Roy Keane in new interview
Matt Le Tissier says he asked Sky Sports why they never sacked Jamie Carragher
Éamonn Fitzmaurice explains Aidan O'Shea's best position and how it can be used against Kerry
Two All-Ireland quarter-finals to be streamed exclusively live on NOW
Ex-Real Madrid defender reveals he used to turn up to training drunk
You may also like
2 days ago
Man United transfer troubles continue as Erik ten Hag's budget is 'capped'
2 days ago
Zinedine Zidane explains why he would never manage Man United
2 days ago
Steve McClaren issues warning to Man United players
2 days ago
Richard Arnold: A behind the scenes look at how Man United fans' unlikely meeting with the CEO happened
4 days ago
Christian Eriksen reportedly becomes latest player to turn down Man United
4 days ago
Rio Ferdinand on the four Man United players who could be sold this transfer window
Next Page