A must watch for football fans.

"I don't care where you are from, I don't care. If you tell me that you love football, and you don't love Barcelona you have a problem," Thierry Henry says in the opening minutes of Take the Ball, Pass the Ball, a new documentary about Pep Guardiola's Barcelona.

While there are many who didn't love that Barcelona team, for their own reasons, no-one can deny that they transformed football. 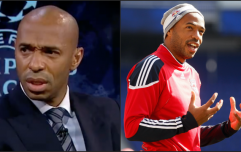 END_OF_DOCUMENT_TOKEN_TO_BE_REPLACED

Between 2008 and 2012, Guardiola's side won 14 major trophies playing wonderful attacking, passing and pressing football. Their effect was profound and they revolutionised how the sport has been played since.

Guardiola's Barcelona are arguably the greatest football team in history. It was spellbinding to witness and this documentary does an excellent and entertaining job of capturing what made the era so special.

The film doesn't conform to a linear narrative. It opens with Barcelona's greatest triumph and the high point of Guardiola's reign - the Champions League final victory over Manchester United at Wembley in 2011. 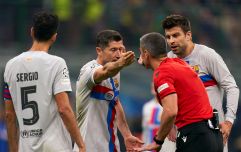 Barcelona 'to lodge complaint' after 'real injustice' against Inter

END_OF_DOCUMENT_TOKEN_TO_BE_REPLACED

From there it weaves through the history of the club over the last 50 years. From the intense rivalry with Jose Mourinho's Real Madrid to Eric Abidal beating cancer to return and lift the European Cup, the "Dream Team" of the early 1990s and Guardiola's appointment as coach in 2008.

The story is told by the Barca players, such as Xavi, Henry, Iniesta, Victor Valdes, Dani Alves and Gerard Pique. But there are three central figures in the film - Johan Cruyff, Guardiola and Lionel Messi. 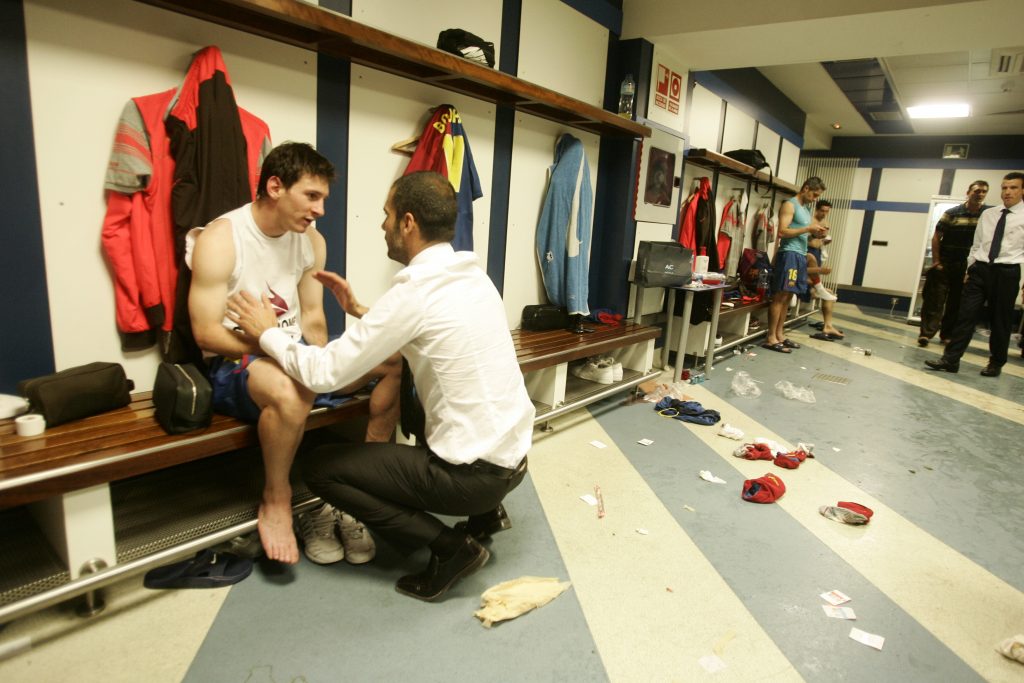 Cruyff's arrival, first as a player in 1973 and when he returned as the coach in 1988, changed everything. At Barcelona, Cruyff instilled the Ajax principles of passing out from the back and pressing from the front. The second time his ideas stuck. 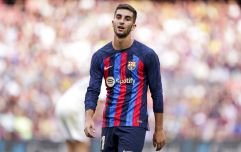 END_OF_DOCUMENT_TOKEN_TO_BE_REPLACED

One of his first acts as a first-team coach was to remove a sign on the door of the coaches' room which stated that players must be at least six-foot tall.

Cruyff profoundly changed the culture of the club, Guardiola restored his principles and took the ideas to another level. Messi then elevated the team to unparalleled heights. 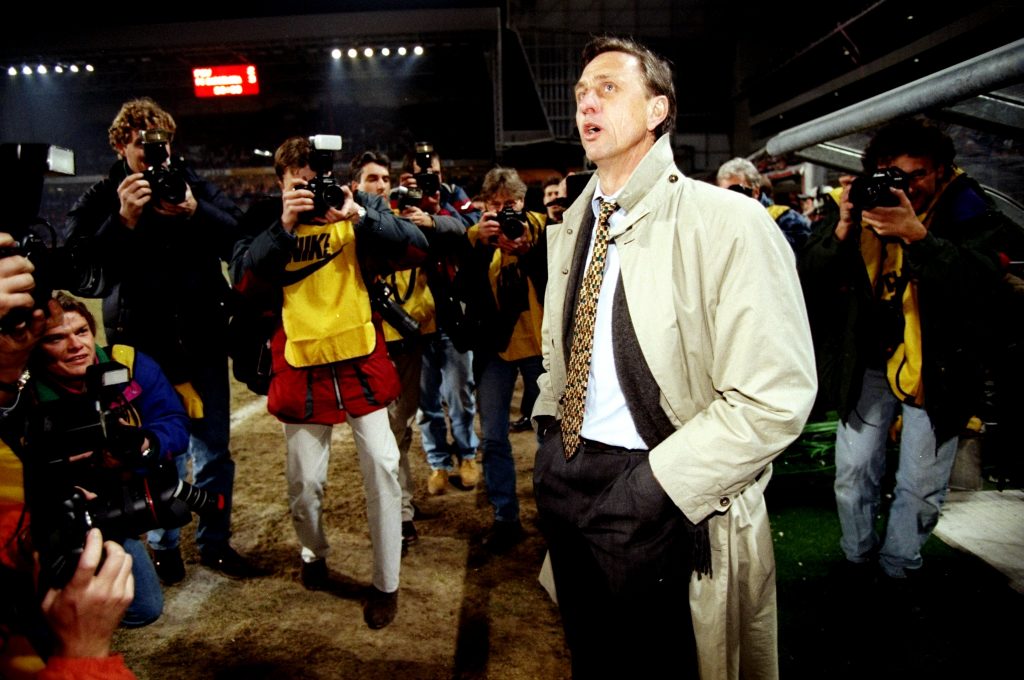 In 2008, Barcelona interviewed Mourinho for the position and the board were divided on whether to appoint the former Chelsea coach. Cruyff urged them to promote Guardiola from the B team and thus began the most transformative and successful period in the recent history of European club football.

The players don't all speak about Pep with great personal warmth - Abidal and Eto'o, in particular, admit they found him difficult and extremely demanding at times. But their respect for him is immeasurable. They talk about Guardiola as though he was capable of predicting the future.

Pep's preparation for games was second to none. He told his team what would happen in matches and more often than not he was right. The players use the word "genius" to describe him and it doesn't feel like hyperbole.

"If Pep had told me to jump off the third tier of the Nou Camp," Dani Alves says. "Then I'd jump because I'd think there must be a good reason for it." 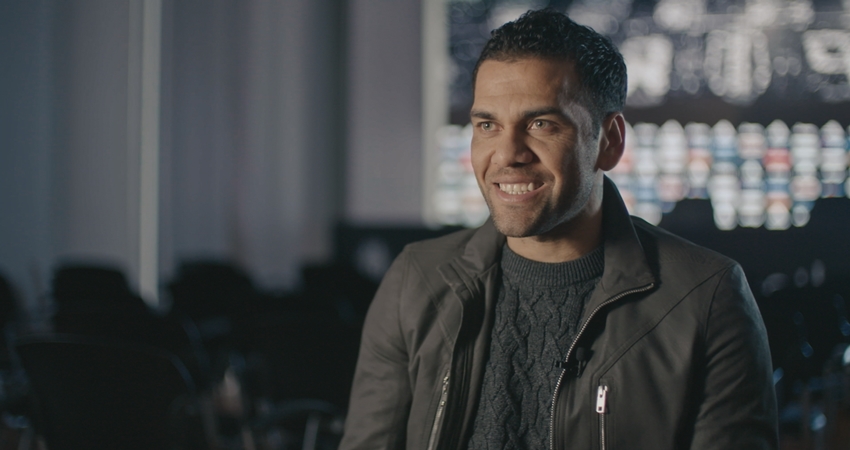 The section of the film covering Messi is dizzying.

It is almost impossible to say anything new about the Argentine forward. He is a genius. He has obliterated every record imaginable. He will be remembered by many as the greatest to ever play the sport.

Yet, listening to his peers and former teammates speak about him leaves you the sense that Messi is probably underrated by the general public. That’s how highly they speak of him. 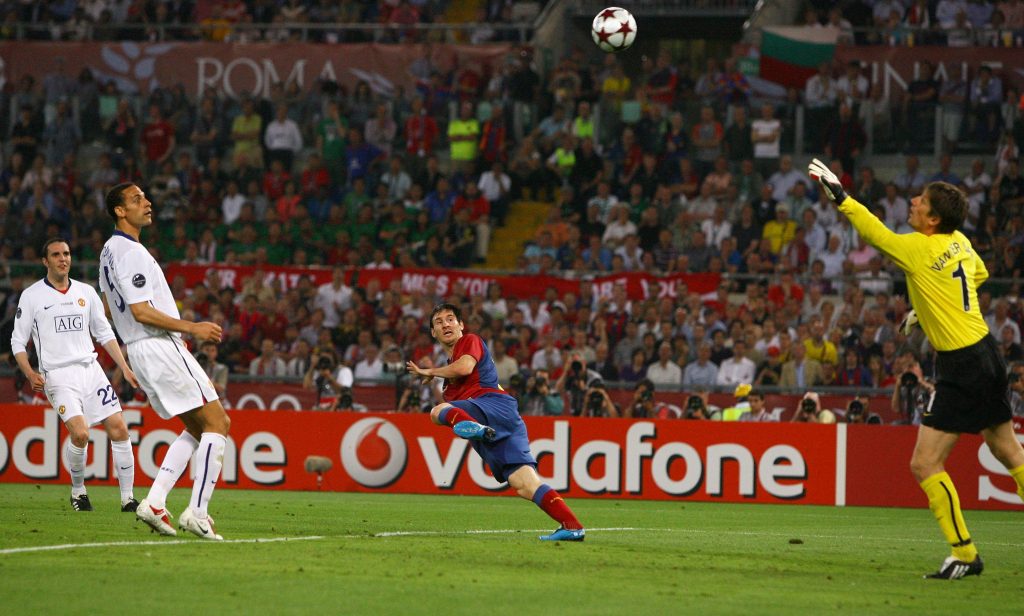 As spectators watching on television, Messi's brilliance is obvious. It is a privilege to watch him in the flesh because you get a closer look at what makes him so great – his movement, his passing and his appreciation of everything going on around him

But to work with him every day, and share a pitch with him, is clearly something entirely different, judging by the contributors to the documentary. World class footballers such as Xavi, Henry and Eto’o speak about Messi as though he isn’t human, such his is talent.

Eto’o claims that he told Patrick Vieira before a friendly game between Barcelona and Juventus that the then 17-year-old Messi was about to change the sport. 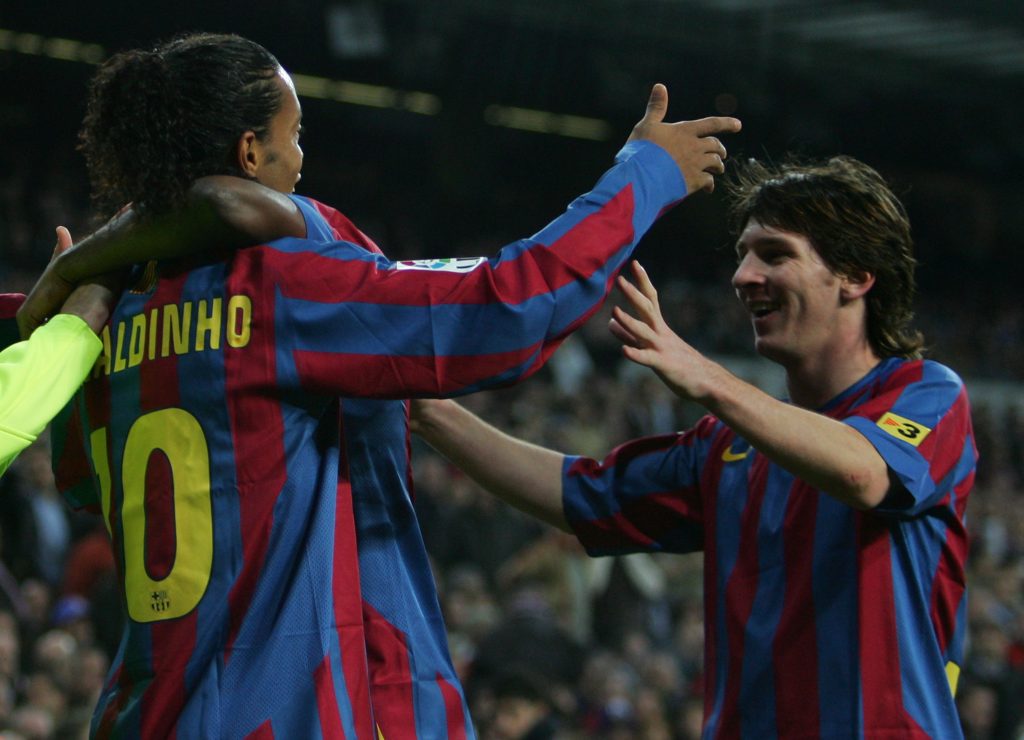 Henry references Messi’s competitive spirit. He says that if a decision didn't go Messi's way in training, he would collect the ball from the goalkeeper, dribble around everyone and score. No-one could stop him. He would do this repeatedly until he calmed down and showed his opponents some mercy.

There is footage of Messi as a five-year-old on a dusty field in Rosario when he was a tiny dot of a player running rings around the other kids. The film then skips to him doing the same to world class opponents.

The contributors almost struggle to comprehend his talent. 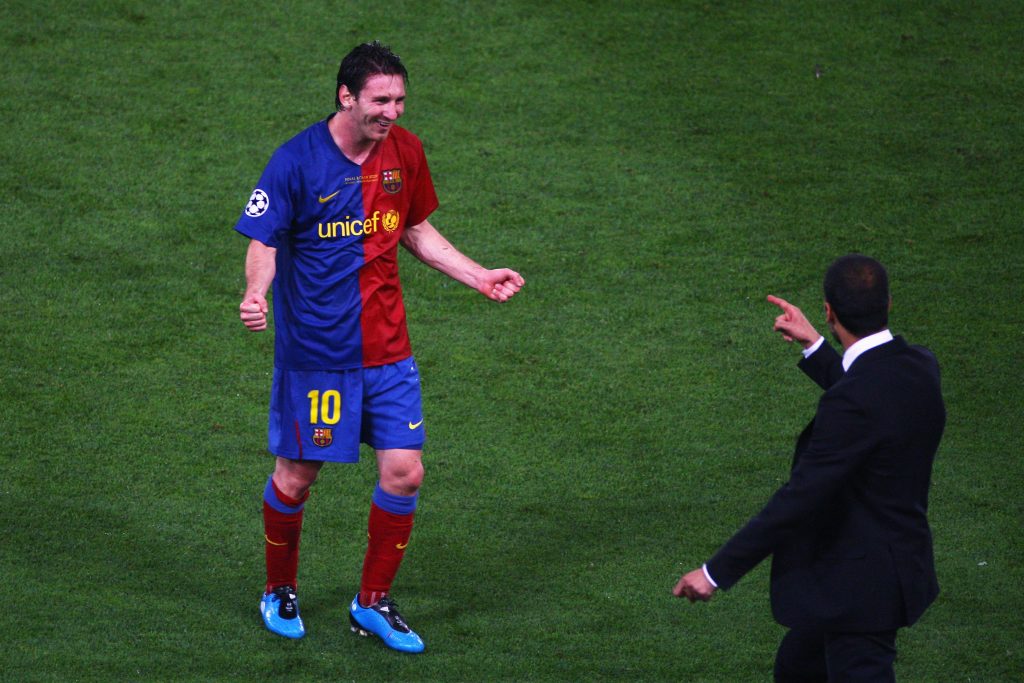 In the film, Xavi is cited as the most intelligent footballer of his generation by his former teammates. But even he finds it difficult to articulate just how incredible Messi is. According to Xavi, Messi is just better than everyone else in every single aspect.

"He’s better than you with his right foot, left foot and his head," he says. "He's better at defending and attacking. He's faster. Better at dribbling, better at passing."

All of this plays out over clips of Messi’s best moments and greatest goals. Even in an age of saturated football coverage, when we're all well acquainted with Messi’s genius, it’s quite something to watch this unfold. 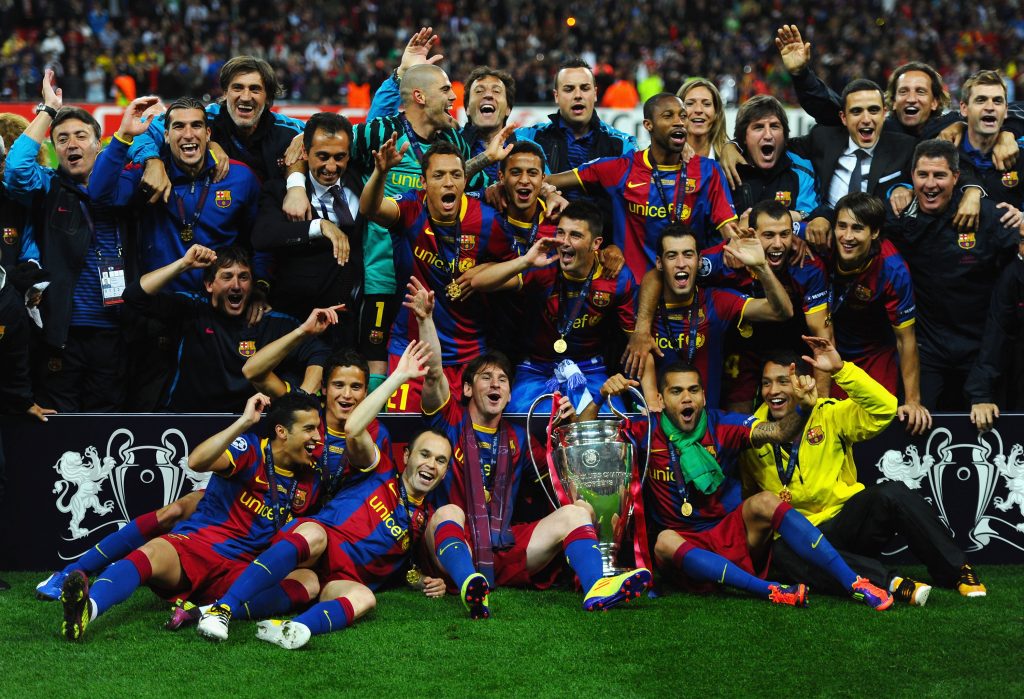 In the documentary, Fabio Capello says that there have been three special teams in club football history - Cruyff's Ajax in the early 1970s, Arrigo Sacchi's AC Milan in the late 1980s and early 1990s and Pep's Barca between 2008 and 2012.

The third era is the only one that has occurred during the digital age when almost all of their matches were televised. As such, it may have been easy for some to become complacent about the brilliance of Pep's Barcelona. The extraordinary almost became ordinary because we were exposed to it on a weekly basis for four years.

Take the Ball, Pass the Ball does a great job at reminding viewers of just how special that team was, how they changed the sport and how lucky fans were to witness football played to a level that was never reached before and may never be reached again.

Take The Ball, Pass The Ball is out now on OurScreen cinemas, and on DVD & Digital Download.


popular
QUIZ: Can you name the sponsors of all 32 of these old county jerseys?
Shane Lowry on his Tuesday duels with Rory McIlroy at The Bear's Club
Roy Keane linked with Championship job to replace ex-teammate
Two Man United players led a furious half-time inquest into Manchester derby performance
"I think Wexford football is in trouble if something is not changed" - Banville criticises Wexford lay-out
Thierry Henry once humiliated teammates in training just to prove a point
"This is the darkest day for English rugby... the ship has sunk" - End of the road for Worcester Warriors
You may also like
1 month ago
Barcelona introduce three strict new rules for players to follow this season
1 month ago
Pierre-Emerick Aubameyang 'suffered broken jaw' in violent home robbery
1 month ago
Erling Haaland blasted for 'shameless' dive in Man City vs Barcelona friendly
1 month ago
Man United considering shock Memphis Depay transfer
1 month ago
Barcelona fear Atletico Madrid aren't playing Antoine Griezmann to avoid paying transfer fee
1 month ago
Barcelona allowed to register four new signings, but Jules Kounde misses out
Next Page