Do whatever you have to do to seal the deal

21-year-old Ajax midfielder Frenkie de Jong is set to join Barcelona at the end of the season, for a reported fee of €75 million.

The highly-rated Dutch international had interest of several clubs - with PSG in particular keen to secure his services - but he eventually agreed to sign with the Spanish Champions. 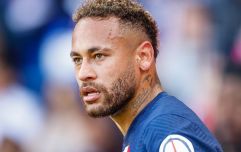 END_OF_DOCUMENT_TOKEN_TO_BE_REPLACED

And according to Spanish newspaper Diario AS, Barcelona used a particularly unorthodox tactic to get him to pick them over PSG.

The paper reports that de Jong was shown WhatsApp messages sent by Neymar Jr, asking if he could come back to Barcelona.

Apparently, the Brazilian had particularly complained about the low standard of the French Ligue 1, and also the weather in the country.

This is fantastic. Barça showed Frenkie De Jong Neymar's Whatsapp messages asking to come back to Barça in order to convince the Dutchman to choose the club over PSG https://t.co/qzlOsnJyRi 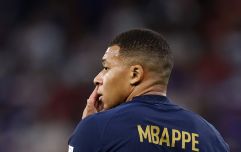 Mauricio Pochettino on Kylian Mbappe and rumours that he's 'difficult'

END_OF_DOCUMENT_TOKEN_TO_BE_REPLACED

Frenkie de Jong signed for Ajax on a four-year deal in 2015, after progressing through the Willem II youth system. He helped lead the Dutch side to the 2017 Europa league final, which they lost to Manchester United.

He made his debut for the Netherlands in 2018, and has had five appearances so far.

Neymar left Barcelona for Paris Saint-Germain in August 2017, for a world record €222 million, but rumours about him returning to Spain have refused to go away.