Probably one of the most Mario Balotelli things ever.

This man, believe it or not, has form for wearing specially made T-shirts beneath his football jerseys, just in case he scores a goal.

Manchester United fans know this all too well - the Italian famously revealing a 'Why always me?' message having scored the opening goal of Manchester City's famous 6-1 thrashing of their neighbours at Old Trafford back in 2011.

Given his association with City (and Liverpool) it might come as a surprise to United supporters that, on Sunday, Balotelli reportedly wore a shirt beneath his Marseille jersey with a picture of Marcus Rashford on it. 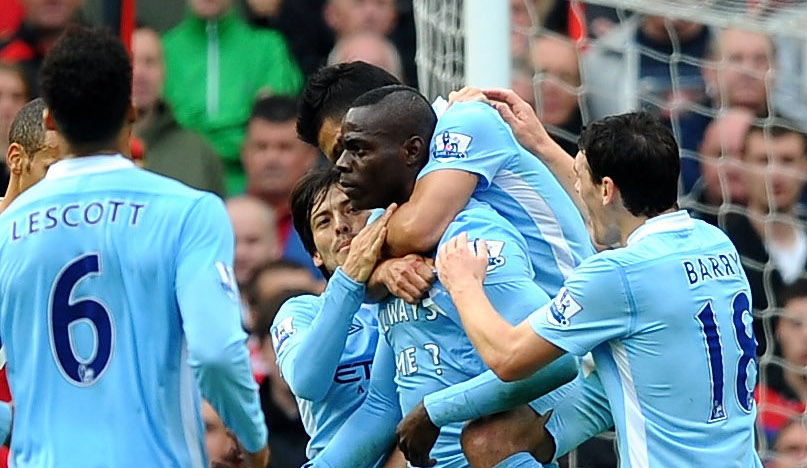 The reason, though, becomes more obvious when you realise that this was for Le Classique - Marseille's game with Paris Saint-Germain.

Had he scored against their great rivals, Balotelli intended to mark the occasion by showing off a T-shirt with the picture of the man who dumped PSG out of the Champions League with his late penalty earlier this month. Given how badly the French champions took their last 16 elimination, we can safely say plenty of their supporters wouldn't have seen the funny side to this scarcely believable stunt.

Mario Balotelli reportedly had a t-shirt with the face of Manchester United’s Marcus Rashford underneath his Marseille shirt in case he scored & celebrated vs. PSG this evening. #PSGOM https://t.co/oxtYykVRIi

END_OF_DOCUMENT_TOKEN_TO_BE_REPLACED

Unfortunately from a Marseille perspective - and from the perspective of every shit-stirrer and drama-lover the world over - Balotelli didn't get on the bloody scoresheet.

PSG took the lead in stoppage time of the first half through Kylian Mbappe and, despite an equaliser from Valere Germain, they went on to win 3-1 thanks to a couple of second-half goals from Angel Di Maria.

It would've been interesting to see if Balotelli had flashed it for scoring a goal that still would've had them behind on the scoreboard. Can't rule it out, to be honest.

Onto the next one for this great in his own right.


popular
QUIZ: Name every player that's scored three or more Premier League hat-tricks
The SportsJOE 12 o'clock quiz | Day 111
'ROG was the kingpin... he just wanted to win, win, win' - Barry Murphy
"Some of the guys have put a lot into it" - Felipe Contepomi confident Leinster can start fast
Felipe Contepomi believes Leinster don't need to shop abroad
You have two minutes to complete this quiz on Irish hat-trick heroes
The SportsJOE 12 o'clock quiz | Day 107
You may also like
1 week ago
'Pogba seems to really appreciate having someone in there who's taking the limelight'
2 weeks ago
Uncomfortable truth about Roy Keane swipes at De Gea and Maguire
1 month ago
'I never liked Eric Cantona... but he was my favourite player' - Neil Ruddock
1 month ago
10 Liverpool players Manchester United fans loved to hate
3 months ago
The Ultimate Manchester United Treble-Winning Quiz
4 months ago
"The day Dean Henderson comes back, he's obviously fighting to play"
Next Page