Spurs could be looking for a new manager again.

Antonio Conte is reportedly set to leave Tottenham Hotspur at the end of the season following the expiration of his contract.

Reports in Italy have said that the Italian will walk away after falling out with the club's hierarchy despite the fact that negotiations over a new deal continue to rumble on. 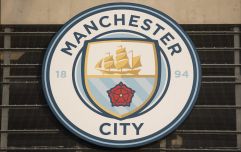 END_OF_DOCUMENT_TOKEN_TO_BE_REPLACED

Tottenham are currently fifth in the Premier League but face a battle to reach the top four after back-to-back defeats against Arsenal and Manchester City and prepare to face high-flying Fulham on Monday.

Conte has been vocal about his realistic ambitions for his side and claims that there is a long way to go before they can reach their peak.

The former Chelsea boss hasn't shirked away from difficult questions about the form of his team and has made no secret that some signings have been made without his say.

END_OF_DOCUMENT_TOKEN_TO_BE_REPLACED

Spurs are reportedly in talks with the ex-Juventus manager about extending his stay in north London, but Italian journalist Gianluca Di Marzio told his ‘L’Originale' program on Sky Sports that it is unlikely he will be there beyond the end of this season.

He said: "The news I can tell you with certainty is that Antonio Conte will leave Tottenham at the end of the season.

"There was no spark, his contract is expiring and the club has not asked him for a renewal. The club does not like the frequent jibes.

"Conte wants players to win, while the club prefers to trade, the feeling with the club has not clicked. His family, among other things, has remained in Italy."

END_OF_DOCUMENT_TOKEN_TO_BE_REPLACED

According to Daily Telegraph reporter Matt Law, however, Conte has yet to decide on his Tottenham future, and will likely make a decision closer to the end of the current campaign.

The Italian coach 'wants to be sure' Spurs will be 'competitive' next season.

Antonio Conte has not made any decision on his Tottenham future - nothing likely until much closer to the end of the season or even once it has finished. As has always been the case, Conte wants to be sure he can be competitive to win. Still an awful lot to play for this season.


popular
"He rode him like a machine rather than a racehorse" - Mullins doesn't spare Townend as second string come good
Matt Williams wants two changes and Peter O'Mahony benched for Ireland vs. France
"Remember that name" - Sonny Bill Williams raves about Ireland U20 star after outrageous try assist
Ireland vs Wales: All the big talking points, moments and player ratings
Peter O'Mahony reaction to Liam Williams scuffle shows he may finally be mellowing
Two changes as familiar faces return to our Ireland team to face France
Warren Gatland says Andrew Porter needs 'kick up backside' after flashpoint tackle
You may also like
3 days ago
Sean Dyche made all of his players write down their problems at Everton
4 days ago
Roy Keane reminds everyone of his feelings towards Newcastle United ahead of cup final against Man United
4 days ago
Everton fans protest outside training ground after deadline day disappointment
4 days ago
Chelsea failed with deadline day bid to sign World Cup star
4 days ago
Enzo Fernandez could wear two jersey numbers for Chelsea this season
5 days ago
The five biggest talking points ahead of the Premier League weekend
Next Page