Jose Mourinho's "withering" behind the scenes assessment of Anthony Martial

Manchester United boss José Mourinho has argued that Anthony Martial must start pre-season from scratch after he missed nine days of duty after the birth of his second child.

The French forward was on tour with United, in America, last month but headed back for the arrival of his child and missed the club's final four pre-season games. He returned back to the club earlier this week but Mourinho is not sure he will feature in United's opening Premier League fixtures.

"He's in the group of players who didn't have a pre-season, it's as simple as that. You try to make a case and there is no case on it. For nine days he didn't train. so he's to start again.

"He had the first three or four days of training and the first couple of matches against the American team and the Mexican team, where he played 40 or 50 minutes. But when you are nine days without one minute of training or football, you go back and start with the other people."

Despite Mourinho's protests, his relationship with Martial often appears strained. The 22-year-old made 38 appearances for United last season but only 22 were starts and he was often switched from wing to wing before being replaced in matches.

During the last three transfer windows, Martial has been linked to clubs such as Inter Milan, Roma, Arsenal, Chelsea and Tottenham and, it seems, this is not mere speculation. According to The Guardian, Martial was close to being sold this summer but United chief executive Ed Woodward intervened. Tottenham chairman Daniel Levy called Woodward earlier this summer to enquire after the French star. The report notes:

"Levy [was] calling Woodward to ask about two of United’s players, one being Anthony Martial. Woodward wants to keep Martial and that, again, is a serious issue between club and manager.

"Mourinho was willing to cut Martial free and, behind the scenes, he has been withering in his assessment of the player...

"[The United board's] vision of team-building is considerably different and that is why Woodward is against selling players such as Martial, Paul Pogba and Luke Shaw when they could conceivably be an asset to the club for many years." 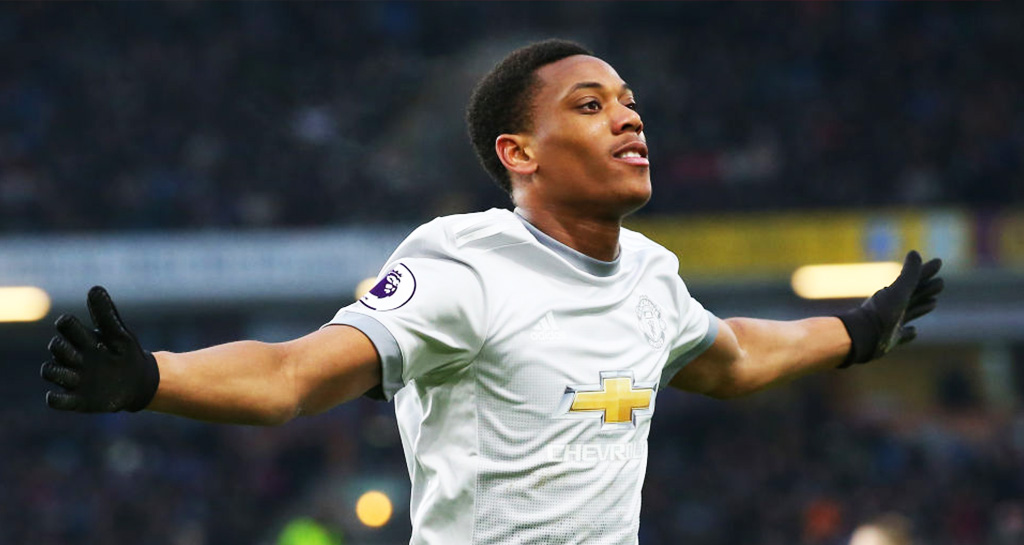 END_OF_DOCUMENT_TOKEN_TO_BE_REPLACED

Mourinho insisted, on Thursday, that his relationship with Martial is much, much better than media reports claim.

"I have my players and I like my players," he declared. "I like to work with my players, one lie repeated 1,000 times is still a lie, but the perception of people is that it's true.

"When you repeat 1,000 times that my relationship with my players is not good, a lie repeated 1,000 times is still a lie. I like my players and my group. I enjoyed last season, the fight to finish where we finished and to manage the best position this club has had in five years. I'm going to enjoy this season.

"I know the words you want me to say or not to say. It depends on the music, but words don't come easy."

Mourinho is itching to get started with the business of winning points so he can leave this transfer window behind, once and for all.


popular
The SportsJOE 12 o'clock quiz | Jack Charlton special (Day 112)
Roy Keane on the experience of being managed by Jack Charlton at USA 94
When the President interrupted a Euro 88 pint between Charlton and Dunphy
"Never back against the Irish" - How the BBC covered our USA 94 win over Italy
WATCH: Amazing scenes at Aviva Stadium as Jack Charlton is given standing ovation
Growing up in the shadow of Jack Charlton's Ireland
'ROG was the kingpin... he just wanted to win, win, win' - Barry Murphy
You may also like
1 week ago
'Pogba seems to really appreciate having someone in there who's taking the limelight'
3 weeks ago
Uncomfortable truth about Roy Keane swipes at De Gea and Maguire
1 month ago
'I never liked Eric Cantona... but he was my favourite player' - Neil Ruddock
1 month ago
10 Liverpool players Manchester United fans loved to hate
3 months ago
The Ultimate Manchester United Treble-Winning Quiz
4 months ago
"The day Dean Henderson comes back, he's obviously fighting to play"
Next Page