United's 'multi-year squad evolution analysis' that has come to this

"Fred and Pereira is not a midfield for a mid-table club, let alone one of the top spending clubs in Europe."

And that was Gary Neville's take before Sunday's faltering display against Aston Villa. Andreas Pereira and Fred were overrun by Sheffield United last weekend so Ole Gunnar Solskjaer bulked up his midfield with Juan Mata.

The Spaniard is a class player but he is on the wane. Mata was a willing runner and had some decent involvements but playing him in the No.10 role meant Pereira had to play more of a holding role. Most of that holding consisted of him reefing at the jersey of Jack Grealish before scything him to the ground.

Statistically speaking, United have done better with Pereira as their No.10 (10 points from a possible 15) than without but he has struggled since United lost Scott McTominay to injury. The Brazilian international was berated by several of the Old Trafford crowd as he could not get to grips with a game Villa side. The high point of a poor performance by Pereira was his excellent cross that set up United's first goal.

Following the game, Solskjaer defended the 23-year-old by telling reporters that he is 'improving all the time'. The United boss commented:

"He's a young boy working hard every single day to improve his game and he's played a few games this year.

"We found, more or less, his position; he's an attacking midfielder. Of course, when you lack your three more experienced ones with Nemanja (Matic), Paul (Pogba) and Scott, Andreas has to cover that role and he's doing a job for the team." 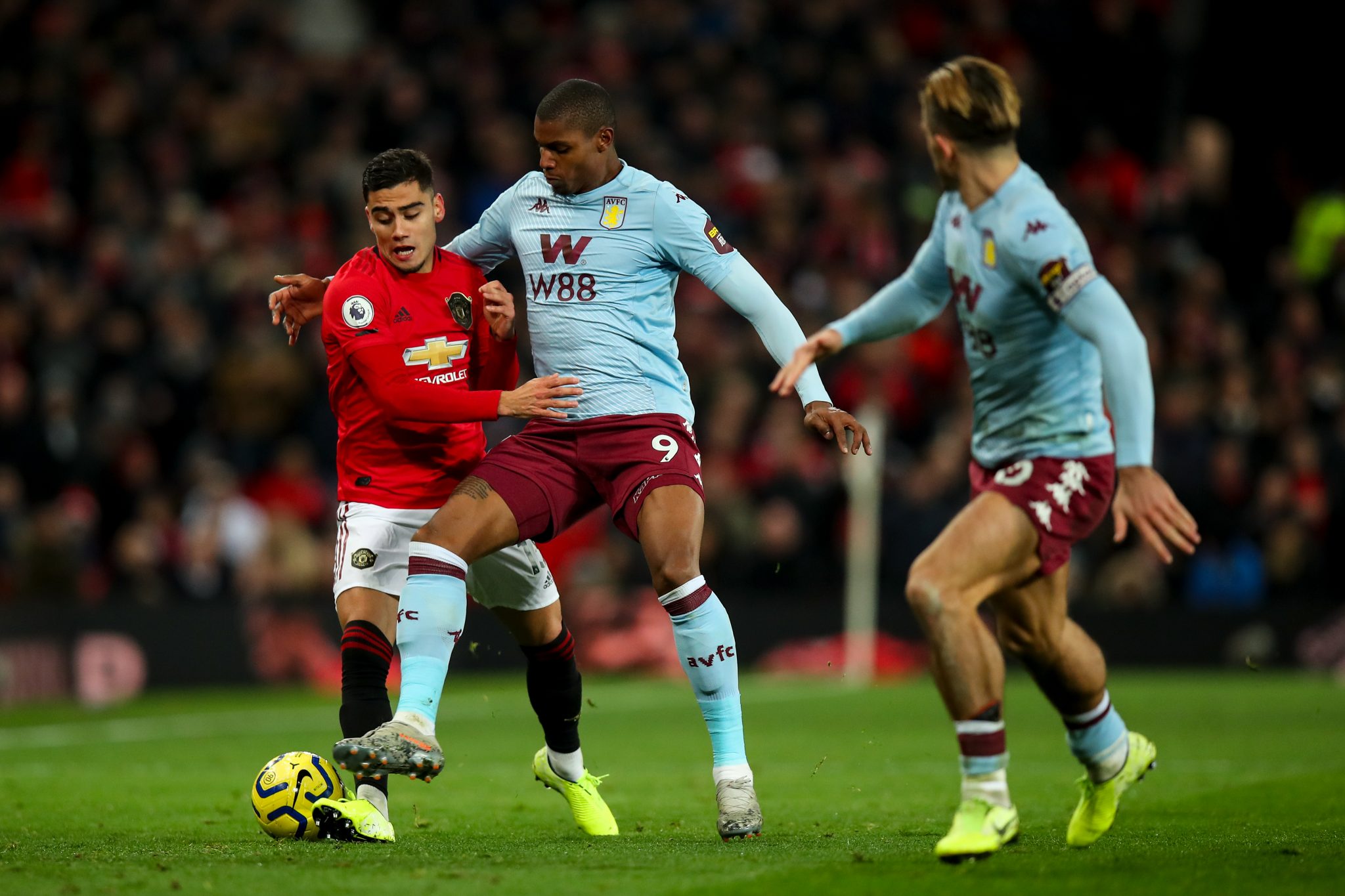 Villa were the aggressors for long stretches of the game, with Jack Grealish the stand-out player from both sides and both John McGinn and Conor Hourihane looking lively, and attacking with intent.

United have been linked with both Grealish and McGinn in the past, with former United boss Alex Ferguson going as far as to urge the club to snap up the Scottish midfielder.

Ahead of the game, the fanzine United We Stand ran a lengthy interview with the 20-time league champions' executive vice chairman Ed Woodward. He spoke about the club's transfer activities and why new contracts were awarded to the likes of Pereira and Phil Jones (both four years). Woodward stated:

"It's a multi-year squad evolution analysis. It's hard enough to get three players done in a transfer window. To get six or seven done is extremely difficult if you are getting proper talent.

"If you choose to churn every player because they are not good enough and you're not extending contracts, you are putting yourself at risk of execution. Sometimes you have to take a broader view."

END_OF_DOCUMENT_TOKEN_TO_BE_REPLACED

The broader view has led to a United centre midfield of Fred, Pereira and Mata chasing Villa shadows for much of a grim afternoon for home fans. There were just under 74,000 at the game and while there were some boos at the full-time whistle, many in the ground have not turned on Solskjaer yet.

Up next, at Old Trafford, are Tottenham on Wednesday before Solskjaer takes his side to Eastlands to take on Manchester City, a side short of form yet still 11 points clear of their neighbours after 14 games.

The multi-year squad evolution analysis goes on, but huge doubts remain if Solskjaer will be the man to see it out.


popular
The SportsJOE 12 o'clock quiz | Day 136
The daily diet of Manchester United midfielder Jesse Lingard
COMPETITION: Answer this survey for a chance to win a fabulous stay at the Trident Hotel in Kinsale
"It's not about winning at underage. It's about building players and building people"
The diet of a modern day rugby player compared with a top jockey
Conte out and Sanchez in on permanent deal as it all heats up for Inter
The SportsJOE 12 o'clock quiz | Day 135
You may also like
9 hours ago
The daily diet of Manchester United midfielder Jesse Lingard
1 week ago
"I was the monkey on his back, all the time" - How Clough handled Keane
2 weeks ago
'Cristiano Ronaldo broke David De Gea back in 2018'
3 weeks ago
Victor Lindelof is 90% perfect, but it's the rest that kills you
4 weeks ago
"Luis Suarez made a big mistake and we, as a club, got it wrong" - Jamie Carragher
1 month ago
'Pogba seems to really appreciate having someone in there who's taking the limelight'
Next Page