A disastrous afternoon for Liverpool and another match to forget for Alisson Becker.

Liverpool's hopes of securing Champions League football next season - as if we're writing that, by the way - were dealt another huge blow after a disastrous seven-minute saw Leicester send them crashing to yet another defeat on Saturday.

Nearly a week on from their humbling at home to Manchester City, Jurgen Klopp's side looked set to get back on track when Mo Salah, teed up by Roberto Firmino, gave them a lead early in the second half at the King Power.

The game tipped on its axis with a couple of incredibly tight VAR calls.

First, a foul on the edge of the box was deemed to have been a free-kick, not a penalty. James Maddison stepped up and steered it inside the far post. Although it was initially struck off for an offside, VAR ruled that Leicester's players in the middle had actually been played on.

Minutes later, Jamie Vardy was in the tight place to capitalise as Alisson collided with new signing Kabak, presenting the striker with a free-run on goal. 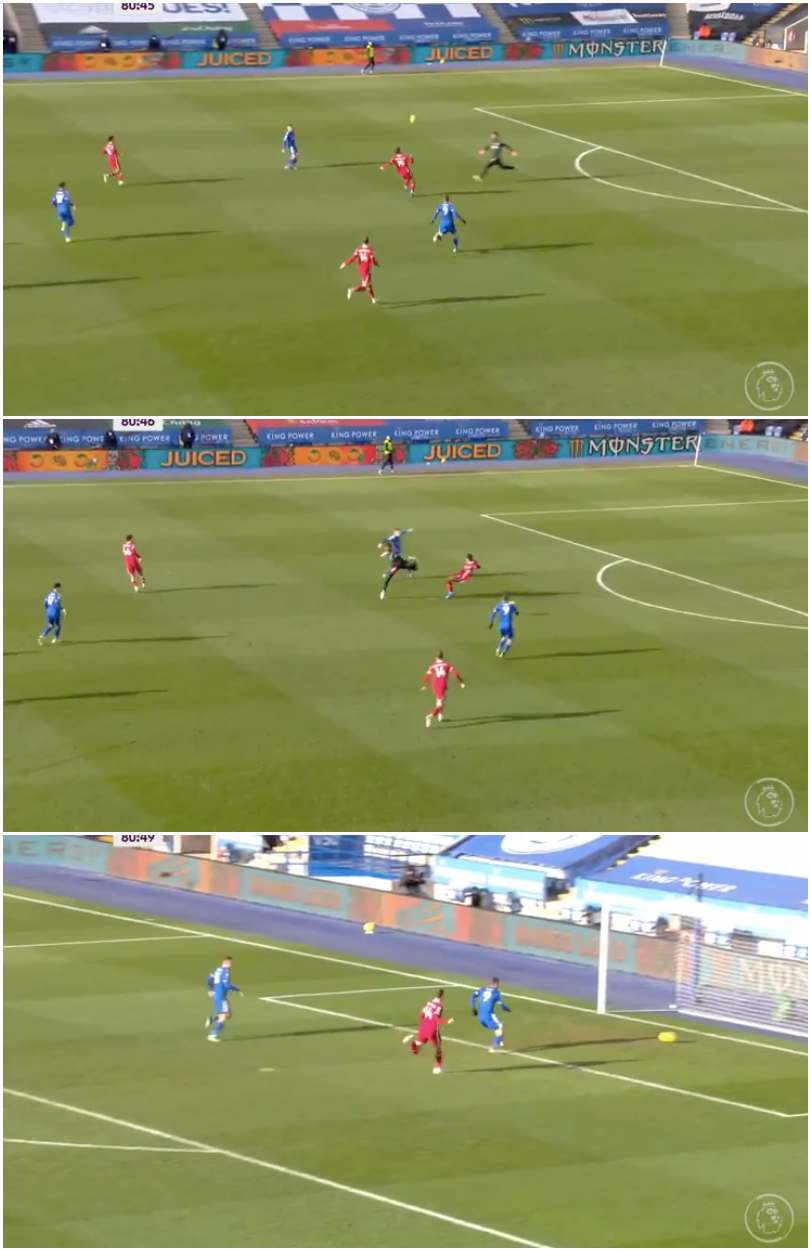 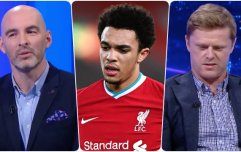 END_OF_DOCUMENT_TOKEN_TO_BE_REPLACED

Shortly after, the result was put beyond doubt as Harvey Barnes slotted Leicester's third.

Liverpool, who must now pick themselves up for their Champions League encounter with RB Leipzig, remain in fourth in the Premier League, but could find themselves seventh by the end of the weekend.


popular
"Twas often I felt like firing a boot at him' - Micko's words of consolation didn't go down well in Cork
The SportsJOE 12 o'clock quiz | Day 328
"I couldn’t speak, but Rhys could see that something serious was going on"
Springbok star Eben Etzebeth's lockdown workout would break most of us
Endearing Keith Earls story proves he will never forget his roots
Eric Cantona confirms famous Roy Keane story about him
Why Jude Bellingham wears the No. 22 jersey
You may also like
1 week ago
Only a devoted diehard would ever get full marks in our Liverpool quiz
1 week ago
RB Leipzig's Ibrahima Konate close to agreeing Liverpool move
3 weeks ago
Jurgen Klopp prioritises signing a new forward to supplement attack
1 month ago
Liverpool fans fear Jurgen Klopp could replace Germany coach Joachim Löw
1 month ago
Graeme Souness berates 'average' Liverpool after loss to Fulham
1 month ago
Positive injury updates for Liverpool after Jordan Henderson hammer blow
Next Page