"To be brutally honest, we bottled it."

When Alex Ferguson was boss of Aberdeen, he knew what he had to to if he wanted to win the Scottish league title - take down Celtic and Rangers.

Ferguson did it three times during his tenure with the Dons and, 36 years on, remains the last manager from a team other than Celtic or Rangers to win a league title.

END_OF_DOCUMENT_TOKEN_TO_BE_REPLACED

When he arrived at Manchester United, says the man himself, his task was simpler. There was just one team to beat to ensure they would be in the title mix each season - Liverpool.

When United won the league, under Matt Busby, in 1967, they drew level with Liverpool on seven titles apiece. By the time Ferguson arrived, the Reds had stretched ahead, 16 to 7. With Kenny Dalglish at the helm, Liverpool won pull further ahead by 1990 - 18 to 7.

During that same season, Ferguson won an FA Cup with United than, it is widely held, saved his job. He won the Cup Winners Cup the following year, but it was 1991/92 that United looked on the verge of ending a 25-year wait for league glory. 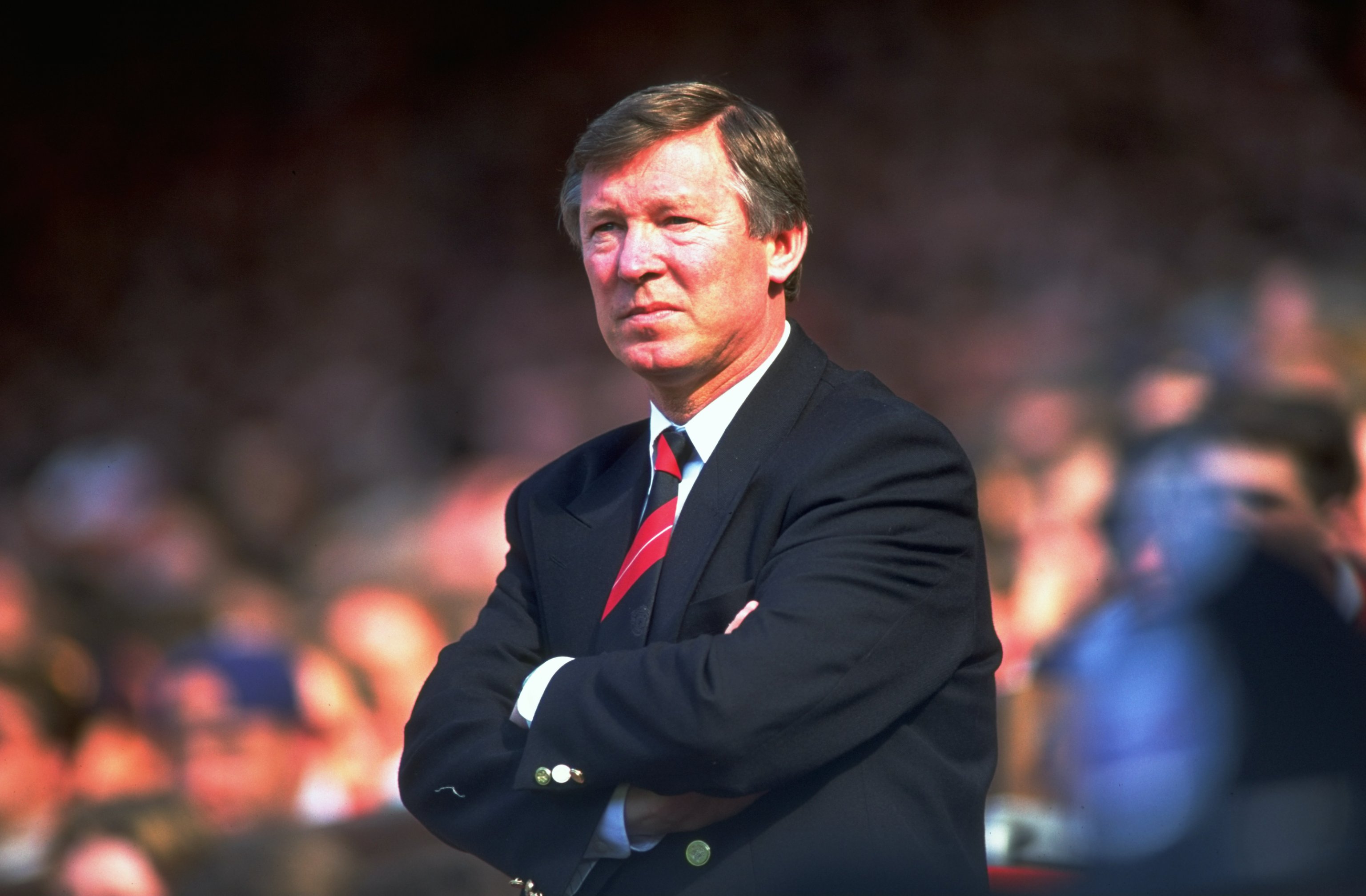 END_OF_DOCUMENT_TOKEN_TO_BE_REPLACED

It all fell apart on the run-in, though. United beat Southampton 1-0, on April 16th 1992, but lost their next two games against Nottingham Forest and West Ham. With title rivals Leeds United facing Sheffield United, Ferguson took his men to Anfield knowing they needed a win to stay in the hunt.

In The United Way - a new documentary about the club, city, players, and the ways in which they all crossed paths and effected each other's lives and futures - former United players Steve Bruce, Mark Hughes, Ryan Giggs, andPaul Parker recall that fateful day at Anfield, and how the team bounced back.

"Up until Christmas," says Bruce, "we looked as if we were odds-on favourites. We were playing some fantastic football and, if we're being brutally honest, we bottle it a bit."

United lost 2-0 to Liverpool and Leeds' 3-2 win over Sheffield United ensured they would win their first league title since 1974. The United players were crestfallen. Losing was bad enough, but to lose the title at the home of their bitter rivals was a crushing blow.

Giggs, who was 18 at the time, will never forget an interaction with a autograph-hunting fan outside the ground, after the match.

"Some asked me for my autograph and I signed it. He ripped up the paper, in front of my face, and said, 'You're never going to win the league'." 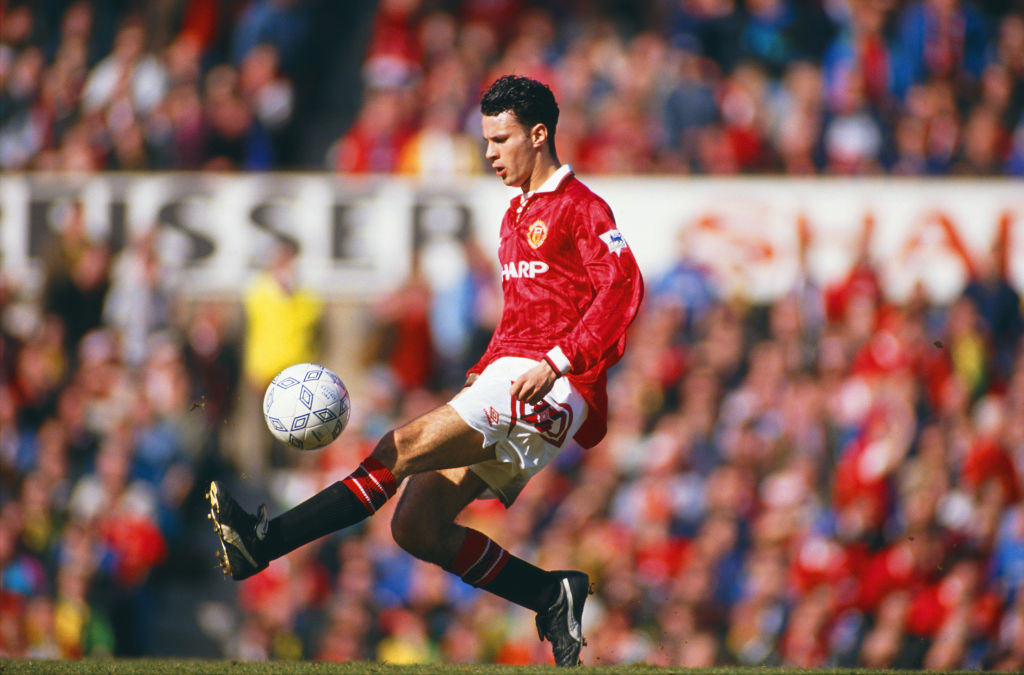 Ryan Giggs was in his second season with United when they fell short to Leeds United. (Photo by David Cannon/Getty Images)

To Bruce, who won 11 trophies during his time with United, that loss was used by Ferguson as a catalyst - "Alex used that as a tool to make it - It's us against the rest of the world."

Giggs still remembers that ride back to Manchester on the United team bus.

"He made a point of saying it on the coach. This is what happened. Next year, we come back and we don't let this happen again."

The talk, recalled Hughes, revolved around the key message - 'We'll show them what we're all about and what we can do, and we will overcome it."

Out went Neil Webb, Mark Robins and Mal Donaghy. In came Les Sealey, Dion Dublin and, at a snip of £1.2 million, Eric Cantona.

With Leeds struggling to replicate their 1991/92 form, United had Aston Villa and Norwich City as their main title rivals but their form over the run-in [seven straight wins] ultimately saw them win by 10 points.

They had pulled back a league title on Liverpool. It was now 18-8.

As good as Alex Ferguson and United were, few would have predicted, even in May 1993, that the Scot would eventually leave Old Trafford with the league titles tally at 20-18 in United's favour.

The United Way, which features interviews with Alex Ferguson, Eric Cantona and more, is out now on Blu-ray, DVD & Download-to-Own, and will be launching on Sky Documentaries and streaming service NOW on Monday, May 24.


popular
Mario Balotelli, Luis Suarez, Fernando Torres and why Rio Ferdinand "hated them"
"I remember just hugging this Irish guy" - How one Kiwi rugby star reacted to Ireland's historic series win
"I don’t trust you" - Joey Barton delivers brutal dismissal of Irish defender
Javier Hernandez offers to play for Manchester United for free
Down county football is in tatters, but Conor Laverty is the man to piece it back together
"I'll ask for everyone that comes to the game to wear purple and roots for us" - Pat Fitzgerald
Gatecrashed interviews and chip-shop previews - Wexford GAA's online coverage sets the standard
You may also like
19 hours ago
Former Manchester United director Michael Knighton reveals plan to buy the club from the Glazers
1 day ago
Man United 'pull out' of Marko Arnautovic move as fans send letters to club CEO
1 day ago
Amad Diallo scores twice as Cristiano Ronaldo sits out behind-closed-doors friendly
2 days ago
Graeme Souness is still criticising Paul Pogba, weeks after Manchester United exit
2 days ago
Roy Keane questions Man United's leadership after latest transfer link
2 days ago
Wayne Rooney believes that Manchester United should sell Cristiano Ronaldo
Next Page