More fuel for the conspiracy that Sir Alex Ferguson is pulling the strings.

United are currently enjoying their best run of form since Ferguson retired in 2013 and rumours that Ferguson still yields huge influence at the club refuse to go away.

Ferguson maintains a healthy relationship with Solskjaer, who scored the winning goal in the 1999 Champions League final, securing the first of two European Cup trophies that Ferguson won during his time at the club.

"He [Ferguson] would be welcome to have his talk to the players if the gaffer wanted to because we know how much it meant to him to overtake Liverpool [in terms of titles won]. Our players know what this game means for everyone at Manchester United," Solskjaer said ahead of Sunday's fixture. 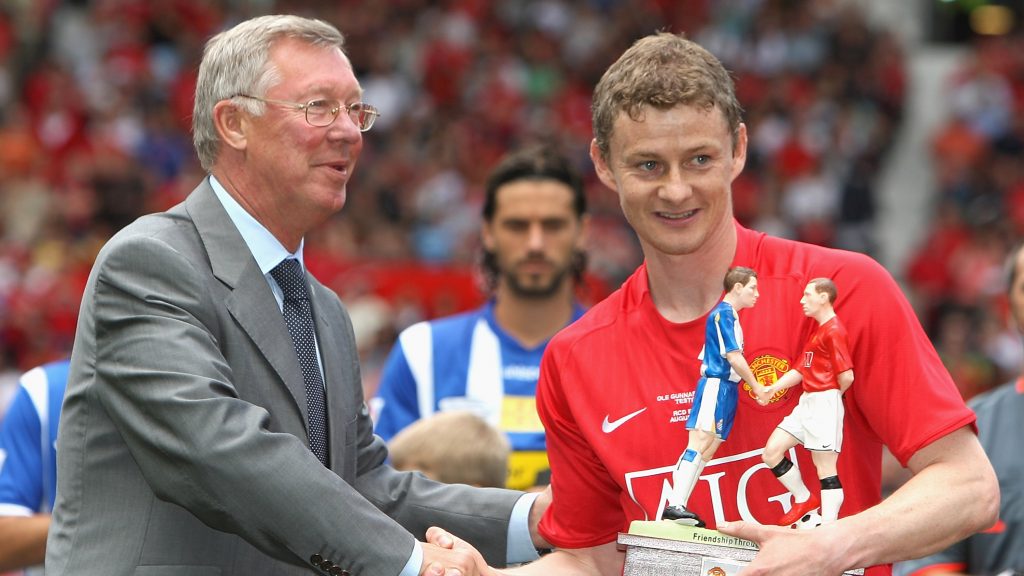 The Norwegian believes a win on Sunday would be a step towards this current team becoming "worthy" of the club's history.

"We want to build this team to be worthy of Manchester United history and it’s another step [defeating Liverpool],” he said.

END_OF_DOCUMENT_TOKEN_TO_BE_REPLACED

“Tottenham, Arsenal, Chelsea away - it was fantastic to win those three games. We want to be in the top four [at the close of the season] and we’re playing Liverpool. We know how big that game is for Manchester United, the staff, supporters, we’re just looking forward to another challenge for this team.

“We’ve taken a few steps in the right direction in that process of becoming a team that challenges higher up the league.”

Sunday could also see the return of Jesse Lingard and Anthony Martial, who sustained injuries during United's Champions League first leg tie against Paris Saint-Germain. Solskjaer is hopeful that both will be fit enough in time to play on Sunday.

"I hope Jesse will be okay, more hope than think. Anthony will be okay, but we've got a few more days. So they've got to get through these two sessions, they've not been part of it yet but they have been doing some recovery work. Anthony's was a different muscle, so we think he might be ready and hope Jesse will," Solskjaer said.

popular
Sam Bennett's green jersey masterclass got Lance Armstrong talking
How The Mountain lost 36kg ahead of boxing fight with The Beast
Irish cyclist Sam Bennett delivers classic putdown to British cycling magazine
"He's found a way to do it. Whether that's good or bad for the game, I don't know"
The SportsJOE 12 o'clock quiz | Sam Bennett special (Day 184)
QUIZ: Can you name every player to score four goals in a Premier League game?
Peter Sagan pays classy tribute ahead of Sam Bennett's big moment
You may also like
2 days ago
Ed Woodward explains Manchester United's lack of transfer activity
5 days ago
QUIZ: Can you name the 5 Man United players in 15 seconds?
5 days ago
Man United beaten to Sergio Reguilon
1 week ago
Sergio Reguilon edges closer to Man United move as talks intensify
1 week ago
'I only have myself to blame for this huge mistake' - Mason Greenwood
2 weeks ago
Sergio Reguilón would be a massive upgrade on Luke Shaw for Man United
Next Page