After tormenting Tottenham for the opening half hour, the 19-year-old opened his Premie League goalscoring account.

Aaron Connolly had already arrived in the Premier League, but everyone knows about the youngster now.

Heading into this weekend, the Ireland senior squad and Under 21 squad boasted the same goalscoring statistic. Among their selected forwards, the seniors and U21s only had one goal between them.

For the senior squad, that honour went to Callum Robinson. For the U21s, Michael Obafemi could take a bow.

The Galway native was starting in the Premier League for the first time, after a couple of substitute appearances, and Tottenham were at the Amex Stadium to try and get their season back on track after a 7-2 Champions League shellacking by Bayern Munich.

Connolly was all industry, harrying and a running threat from the get-go and he could well have won his side an early penalty after Moussa Sissoko bundled him over heading into the Spurs box.

Brighton had the better of the early exchanges and went 1-0 up. The game was held up after Spurs goalkeeper Hugo Lloris suffered a nasty arm injury in the lead-up to that goal but Brighton showed no mercy once play re-started.

A cross into the Spurs box saw Connolly up against the experienced duo of Toby Alderweireld and Jan Vertonghen. He connected with an audacious flick but sub goalie Paulo Gazzaniga kept it out: 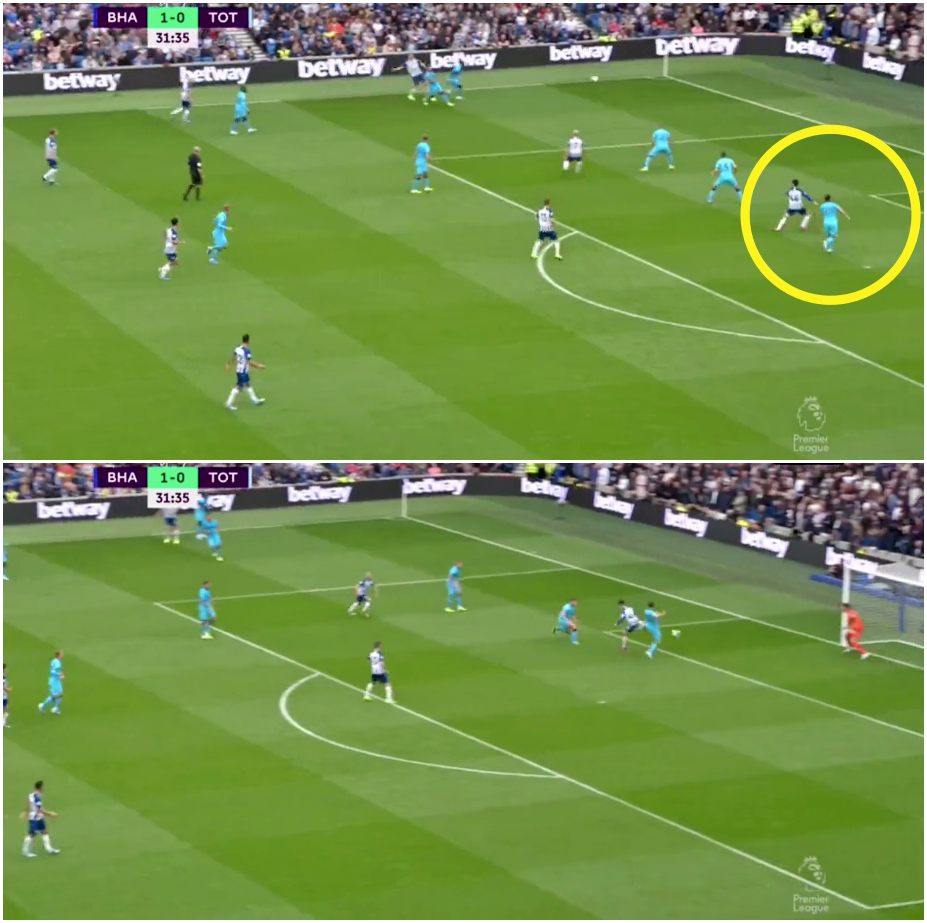 Connolly was the first to react, however, and he pounced on the rebound to slot home and make it 2-0. 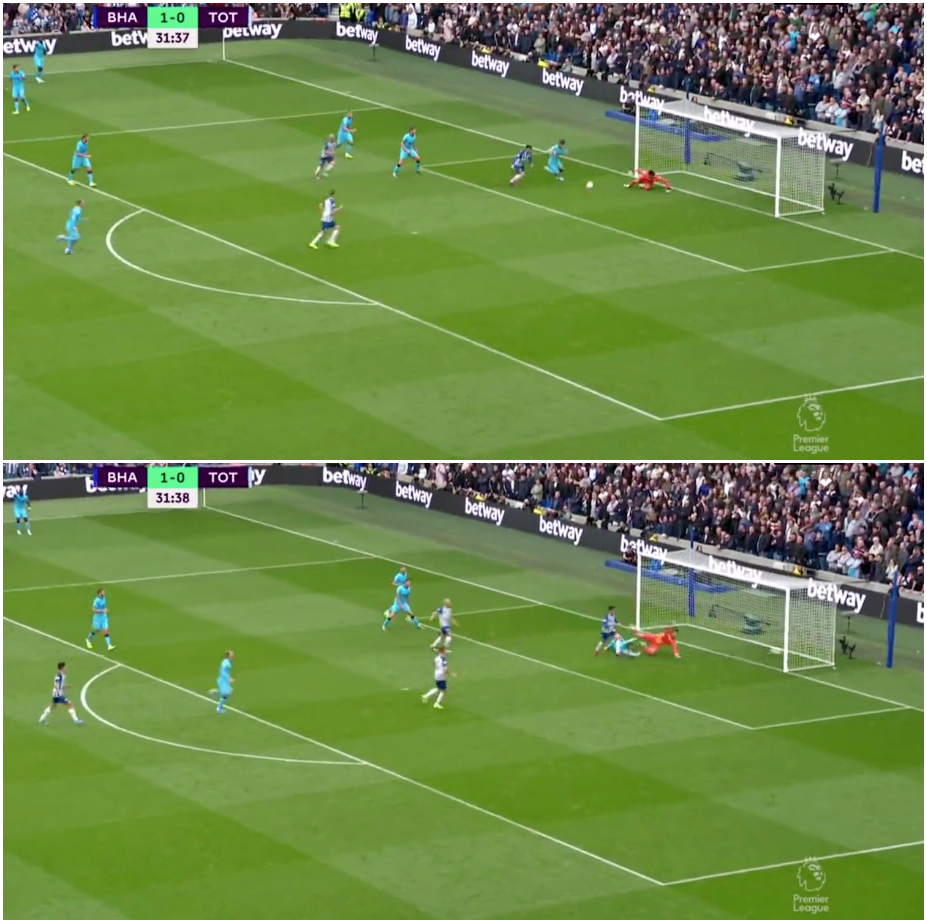 That saw him mobbed by his Brighton teammates and had the home fans chanting, 'We want seven!'

It wasn't quite seven but Connolly made it 3-0 with his second, in the second half, when he cut inside from the left-hand side of the box and curled one past Gazzaniga into the bottom corner.

After scoring in the League Cup earlier this season, that is three in seven games [two starts] for the teenager.

popular
Roy Keane's first impression of Cristiano Ronaldo proved to be very accurate
The SportsJOE 12 o'clock quiz | Day 290
The 14 Irish players Down Under as TG4 come up with the goods once again
The SportsJOE 12 o'clock quiz | Day 289
Jurgen Klopp chases Sean Dyche down Anfield tunnel after half-time fracas
"I kind of decided on Hill 16, 'you're either going to do this or you're not going to do this.'"
Lady Gaga will perform Satanic ritual during Super Bowl halftime show, according to conspiracy theorist
You may also like
4 months ago
Connolly joins Liverpool and Man United pair in Premier League break-out star predictions
1 year ago
Mick McCarthy waits on Aaron Connolly scan following injury against Manchester United
1 year ago
Aaron Connolly lasts only 45 minutes as Man United torment Brighton
1 year ago
Parrott, Connolly and Obafemi all named in provisional Ireland squad
1 year ago
The stats that show Ireland NEED to start that man Aaron Connolly
1 year ago
The Ireland XI that should start our crucial game against Switzerland
Next Page