A minute's silence will be observed, tonight, ahead of Manchester United's game against the San Jose Earthquakes to honour the victims of the Berkeley balcony tragedy.

Six Irish students passed away last month when a balcony collapsed in the California city.

END_OF_DOCUMENT_TOKEN_TO_BE_REPLACED

Friends of the victims organised the tribute which will take place prior to Manchester United's International Champions Cup game at the Avaya Stadium.

One player expected to feature is Bastian Schweinsteiger, who paid his respects to the victims by replying to a message from the friends of Mr Schuster, a Bayern Munich fan who had this photo taken with the midfielder. 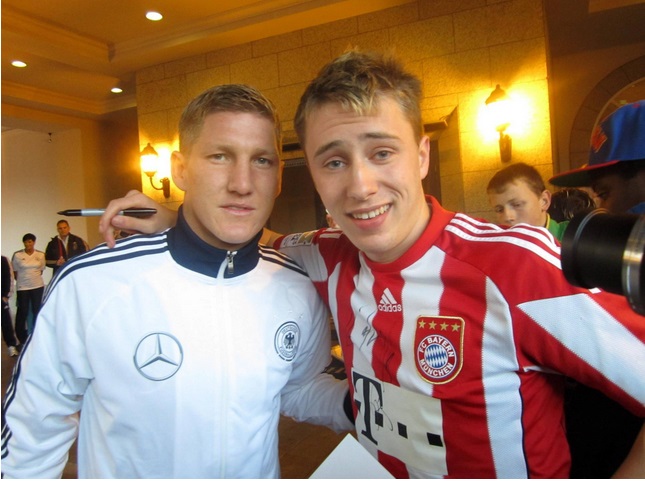 Schweinsteiger wrote: "The news makes me very sad. I wish much strength for this difficult time you, the family and all relatives of Nick. I would like to express my condolences also all other sufferers of this accident."


popular
Matt Williams wants two changes and Peter O'Mahony benched for Ireland vs. France
"Remember that name" - Sonny Bill Williams raves about Ireland U20 star after outrageous try assist
Peter O'Mahony reaction to Liam Williams scuffle shows he may finally be mellowing
Two changes as familiar faces return to our Ireland team to face France
Ireland vs Wales: All the big talking points, moments and player ratings
The two reasons why Aidan O'Shea's performance against Armagh was his best in ages
Allianz National League Round 2: All the action and talking points
You may also like
1 day ago
Man United squad don't want Mason Greenwood back in changing room
2 days ago
Alex Ferguson on how Owen Hargreaves was 'one of the most disappointing' signings he made for Man United
3 days ago
Juventus are reportedly ready to terminate Paul Pogba's contract
3 days ago
Man United release statement after Mason Greenwood charges dropped
3 days ago
Roy Keane reminds everyone of his feelings towards Newcastle United ahead of cup final against Man United
4 days ago
Even Roy Keane felt Michael Dawson went too far with his remark to Tom Heaton
Next Page