Spike O'Sullivan brutally knocked out after 164 seconds of title eliminator

This was a nasty-looking K.O, and we're sure it didn't feel too good for the Cork native either.

Gary 'Spike' O'Sullivan was hoping to tee himself up for a title shot against the winner of Canelo Alvarez and Gennady Golovkin.

Instead, he was brutally sparked out by former IBF middleweight champion David Lemieux in the first round. 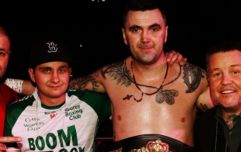 END_OF_DOCUMENT_TOKEN_TO_BE_REPLACED

O'Sullivan had spoken about the Canadian in harsh terms ahead of their bout - on the Canelo vs. GGG undercard - and claimed Lemieux would get 'knocked the f*** out'. Going into the fight, 'Spike' was highly confident and looking to add win no.29 to his pro record.

Lemieux is known for having one of the most punishing left hands in the boxing business and, 164 seconds into the first round, he connected with O'Sullivan's cheek and the lights went out. 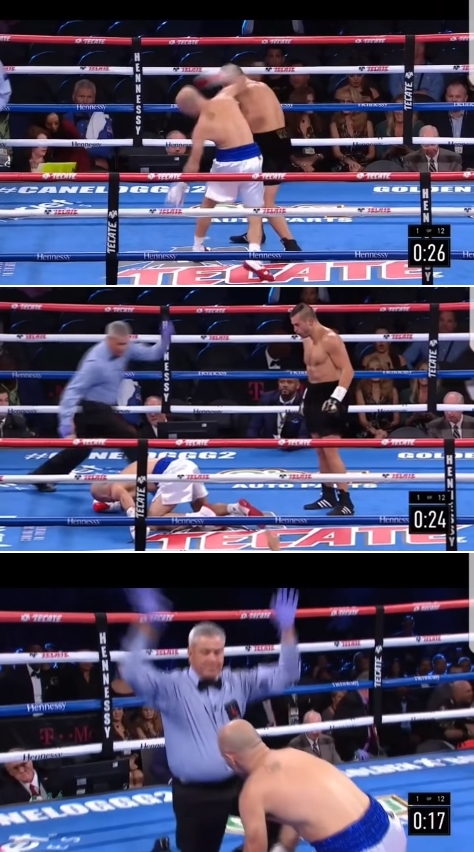 The force and timing of the connection was enough to see Lemieux record his 34th career knock-out.

Another angle shows the beauty and power of Lemieux's counter-punch.

David Lemieux takes Spike O’Sullivan out in the 1st round. #boxing pic.twitter.com/CRB1fE9nvI

O'Sullivan slumped to the mat and referee Russell Mora began to count and then thought better of it, waving the fight off and confirming the KO.

It was the first time O'Sullivan was ever knocked out and, unfortunately, it came with millions watching. Had he been victorious, it would have seen him installed as a mandatory title shot challenger.

Lemieux has won two straight and is the WBA's mandatory challenger to face Canelo winner, who defeated Golovkin on points.


popular
From Canada to Carlow in the name of hurling: Nicolas Redmond's journey to the Fitzgibbon Cup
Kerry's captain selection for 2022 sums up the problem with their outdated system
"It must be difficult to say no, having won a game and heading back together"
Eddie Jones shares great tale on hour-long chat with 'inspirational' Roy Keane
Chelsea forced to change Stamford Bridge changing room after Liverpool complaint
Jesse Lingard 'angered by lack of respect' shown by Man United
Outrage after Sadio Mane allowed to play on for 10 minutes after being knocked out
You may also like
3 years ago
Spike O'Sullivan's potential world title fight with Gennady Golovkin under threat
4 years ago
WATCH: 'And The New' - Gary O'Sullivan moves closer to a world title after brutal stoppage
4 years ago
"I want my kids to be able to say 'my daddy was champion of the world'" - Gary O'Sullivan chasing glory and security
3 months ago
Deontay Wilder's trainer reveals why Wilder refused to show respect to Fury after defeat
3 months ago
Tyson Fury's message to Deontay Wilder in 2017 has aged like a fine wine
3 months ago
Tyson Fury raves into the night in Las Vegas club after knocking Wilder out
Next Page