Oleksandr Usyk has left Ukraine to begin preparations for the highly anticipated rematch against Anthony Joshua this summer.

Eddie Hearn announced earlier in the week that they are targeting June for the heavyweight bout - whilst awaiting a date for Wembley Stadium. 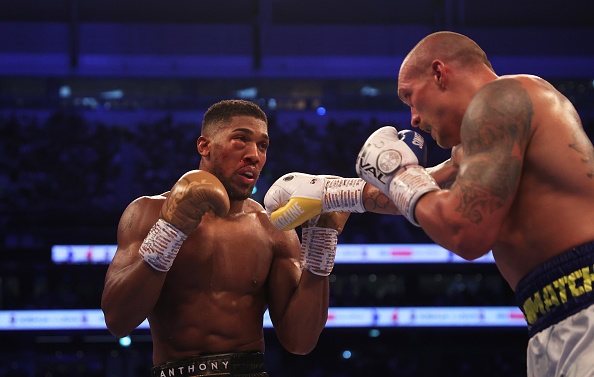 Usyk's developments on the war in Ukraine.

Usyk signed up to defend his native Ukraine following the Russian president Vladimir Putin, launching a full invasion on their eastern European neighbours. 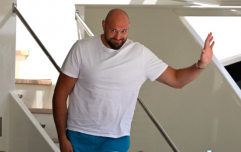 END_OF_DOCUMENT_TOKEN_TO_BE_REPLACED

The unified heavyweight champion enlisted in the Kyiv Territorial Defence following the invasion. Other boxers such as Vasyl Lomachenko, Wladimir, and Vitali Klitschko have also signed up to defend their homeland against the Russians.

However, the 35-year-old has been given permission from the ministry of defense to leave the fight in Ukraine to prepare for his upcoming title fight.

The tale of the tape.

END_OF_DOCUMENT_TOKEN_TO_BE_REPLACED

Usyk is contractually obliged to face Joshua in a rematch having won the IBF, WBA, and WBO heavyweight titles from the Londoner in September.

The Ukrainian outclassed Joshua over 12 rounds in the first fight. Usyk came close to stopping the 32-year-old in the final seconds of the 12th round, instead, he settled for a unanimous-decision victory to become the new heavyweight champion.

Following the fight, Joshua triggered the rematch clause, which was mooted for the summer prior to Russia's invasion of Ukraine. 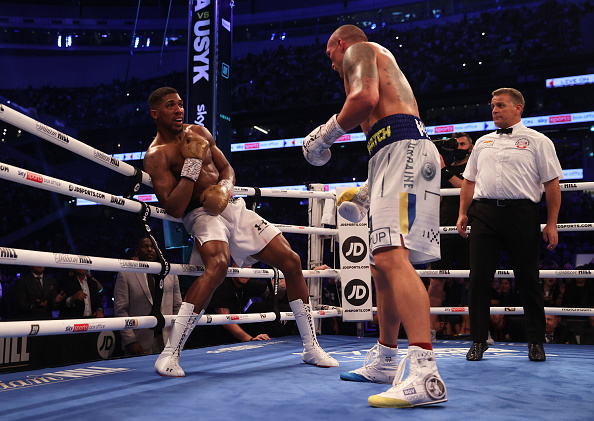 Able-bodied men between the ages of 18 and 60 are under orders to stay within the borders of Ukraine and fight for their country. Usyk was granted an exemption 'in the national interest.'

Fellow countryman Lomachenko was offered a similar release. However, the 34-year-old turned down a potential showdown with unified lightweight champion George Kambosos Jr in order to serve on the frontline.

Usyk was reluctant to leave his comrades behind, but with Joshua planning on taking on an interim opponent in the meantime. The Ukrainian did not want his English counterpart to gain the upper hand. 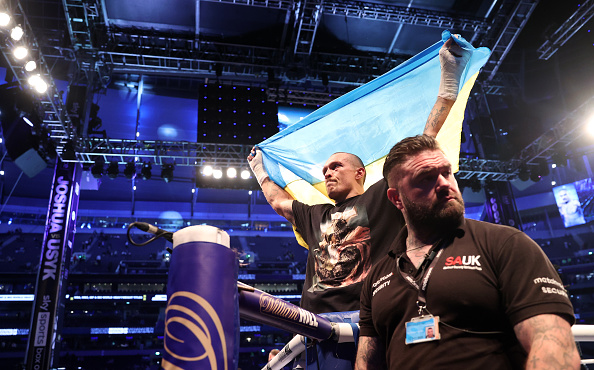 
popular
Damien Comer targeted in brutal, chaotic Armagh and Galway brawl
Conor Gleeson's gesture to heartbroken Ethan Rafferty a tonic after sideline brawl
Roy Keane makes good on bet after seeing Cork fall to Dublin
Shane McGuigan does a 'Sueey' Cristiano Ronaldo would be proud of after winning MOTM
Thibaut Courtois gets 'brick wall' tattoo to celebrate Champions League Final heroics
Liverpool set £60m Mo Salah price as contract talks continue
Patrick Vieira claims he was 'much better' than Roy Keane in new interview
You may also like
2 weeks ago
Tyson Fury rubbishes reports he's set to come out of retirement
1 month ago
WBC president pours cold water on Tyson Fury vacating heavyweight titles
3 months ago
Tyson Fury's promise to 'retire' after fighting Dillian Whyte is as untrue as it is boring
5 months ago
The most disliked boxers on the internet revealed by new survey
8 months ago
Eddie Hearn claims Anthony Joshua is 'obsessed' with winning rematch against Usyk
8 months ago
Andy Ruiz claims Anthony Joshua was 'scared' against Oleksandr Usyk
Next Page