You'd have excused Portlaoise's Michael O'Reilly for feeling pressure as he walked to the ring this afternoon.

He had the pressure of Katie Taylor's gold medal performance fresh in his mind, he was the underdog according to the bookmakers and his opponent had the Baku crowd behind him.

But all of those nerves quickly disappeared as he came out with a point to prove against Xaybula Musalov, taking the first and third round on the judge's scorecards but maintaining dogged levels of determination throughout. 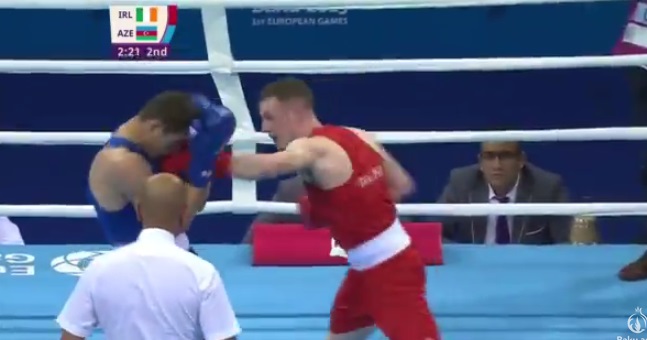 The gold is Ireland's second of these European games and goes to show the seemingly endless string of talented boxers being pumped out domestically.