Michael Conlan will not cooperate with investigation into Rio outburst

It seems rather strange that AIBA have chosen to open up disciplinary proceedings against Michael Conlan.

A statement from Conlan's solicitors on Thursday confirmed that their client had been notified by a Disciplinary Commission Panel, set up by Olympic boxing's governing body, that they were investigating calls for the Belfast boxer to receive a sanction following his now-famous outburst in the ring in Rio.

Conlan branded AIBA cheats and claimed that 'Amateur boxing stinks from the core right to the top!' following his shock defeat to Vladimir Nikitin in the quarter-finals.

END_OF_DOCUMENT_TOKEN_TO_BE_REPLACED

Conlan's loss was not the only controversial one at the Games and before they even came to an end, a number of judges and referees were relieved of their duties as 'decisions were not at the level expected.'

In the wake of the Games, all referees and judges were suspended by AIBA pending an ongoing investigation as allegations of corruption continued to be levelled at the organisers.

The fact that the referees and judges had been sidelined is just one reason behind Conlan's refusal to cooperate with the investigation into his foul-mouthed, albeit completely understandable, tirade after his fight. 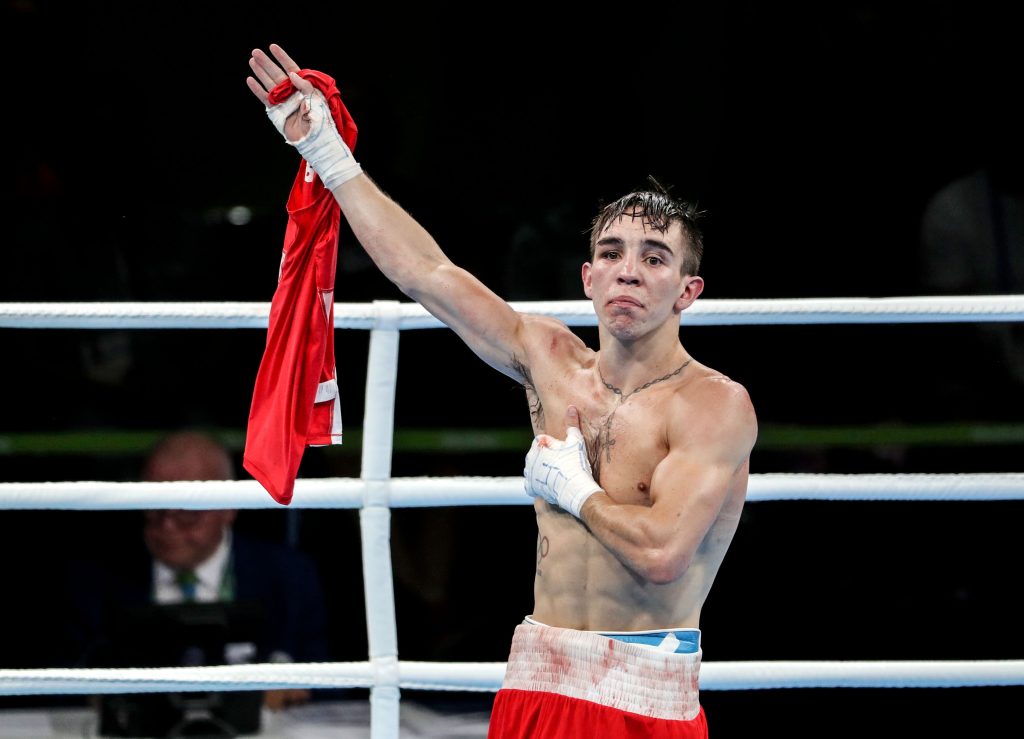 The other reason is that Conlan is no longer an amateur boxer, having signed with Top Rank in September, so shouldn't fall under AIBA's remit and those thoughts have been outlined in a statement from the 24-year-old's legal team.

END_OF_DOCUMENT_TOKEN_TO_BE_REPLACED

"My client is dismayed that a three member AIBA Disciplinary Commission Panel has been convened in relation to this matter, and in particular, in advance of any conclusion of the investigation into the thirty six judges used in the Olympics Games," the statement reads.

"In addition, the AIBA Disciplinary Commission Panel is fully aware of our client’s decision to sign a professional contract with Top Rank Boxing on 13th September 2016. As such he is no longer registered to the Irish Athletic Boxing Association and no longer participates in AIBA competition.

"I have informed the AIBA Disciplinary Commission Panel that my client will not be co-operating with their investigation in these circumstances."


popular
The FootballJOE Pub Quiz: Week 11
Man United's tactical issues summed up in six shocking screenshots
O'Hora and Keegan hammer into each other, both of them only revelling in it
Manchester United players 'lose faith' in Solskjaer after Liverpool pasting
McBrearty has dramatic equaliser ruled out as Naomh Conaill win Donegal grudge game
Jesse Lingard seeks to clear up what United fan shouted when he was warming up
Paul Scholes rips into Pogba after disgraceful performance vs Liverpool
You may also like
2 years ago
Military coups, AK47s and gold medals - the remarkable story of how Ben Ryan guided Fiji to Olympic Sevens glory
3 years ago
Mick Conlan reveals Instagram message from man who robbed him of Olympic medal
3 years ago
Michael Conlan's embracing the lowest point of his career and making it his own
4 years ago
Ireland loses Olympic sailor Saskia Tidey to Team GB ahead of Tokyo 2020
4 years ago
It seems there was just one problem with O'Donovan brothers' appearance on Graham Norton
4 years ago
WATCH: O'Donovan brothers had a Hollywood actress entranced on The Graham Norton Show
Next Page