Michael Conlan cruised through his opening fight of the Rio Olympics.

The Belfast boxer scored a comfortable, impressive victory over Armenia's Aram Avagyan on Sunday afternoon, earning a unanimous decision from the judges, and setting up a medal bout against Russian Vladimir Nikitin on Tuesday.

END_OF_DOCUMENT_TOKEN_TO_BE_REPLACED

Following his victory, Conlan addressed the Irish media, and took the opportunity to dismiss suggestions that the boxing team are suffering since coach Billy Walsh departed for the United States last summer.

Ireland's boxers endured a difficult opening week of the Olympics, with just Conlan and Katie Taylor remaining of the eight boxers that went to Rio.

This has led to some suggesting that the relative poor performance of the team - compared to the fantastic success of the 2008 and 2012 Olympics - is related to Walsh's departure.

END_OF_DOCUMENT_TOKEN_TO_BE_REPLACED

Conlan outright refuted such notions and largely dismissed the importance of Walsh to the Irish team, while offering an impassioned defence of coach Zaur Antia.

"Every single media person here keeps going on about Billy Walsh," the 24-year-old told the Irish media after his last-16 win.

"It is getting annoying for boxers, because Zaur Antia has always been the main man and always will be the main man.

"I'm looking forward to Zaur bringing me to the Olympic gold medal and my father [John] being in my corner. He's always been the main man and always will be the main man." 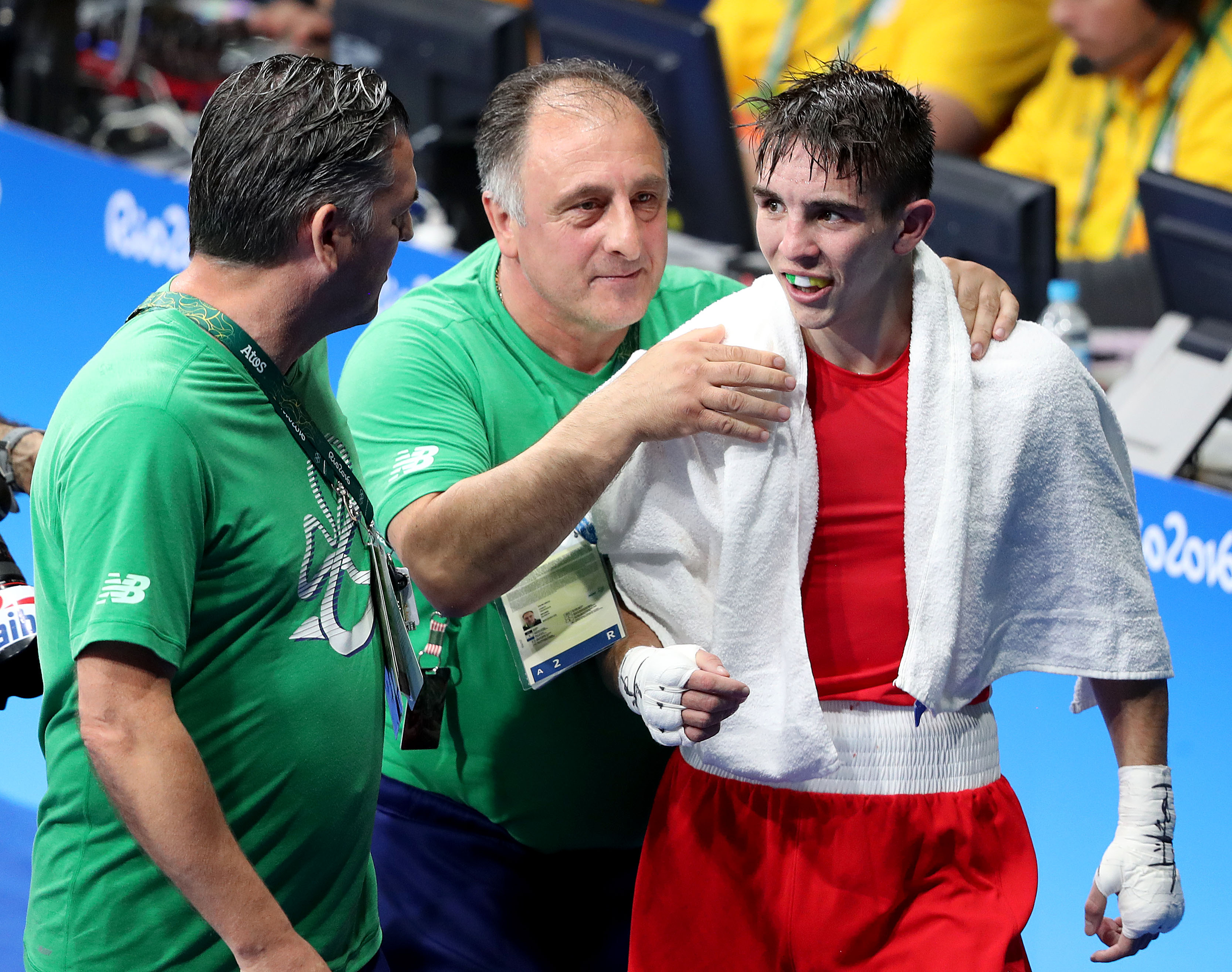 END_OF_DOCUMENT_TOKEN_TO_BE_REPLACED

Since 2008, when he effectively took charge of the High Performance Programme, Irish amateurs have won seven Olympic medals, as well as numerous world and European titles.

The Wexford native has also tasted success in Rio, and was seen in the corner of American boxer Nico Hernandez, who secured a bronze medal at the Games - the first Olympic medal for a male United States boxer since 2008. 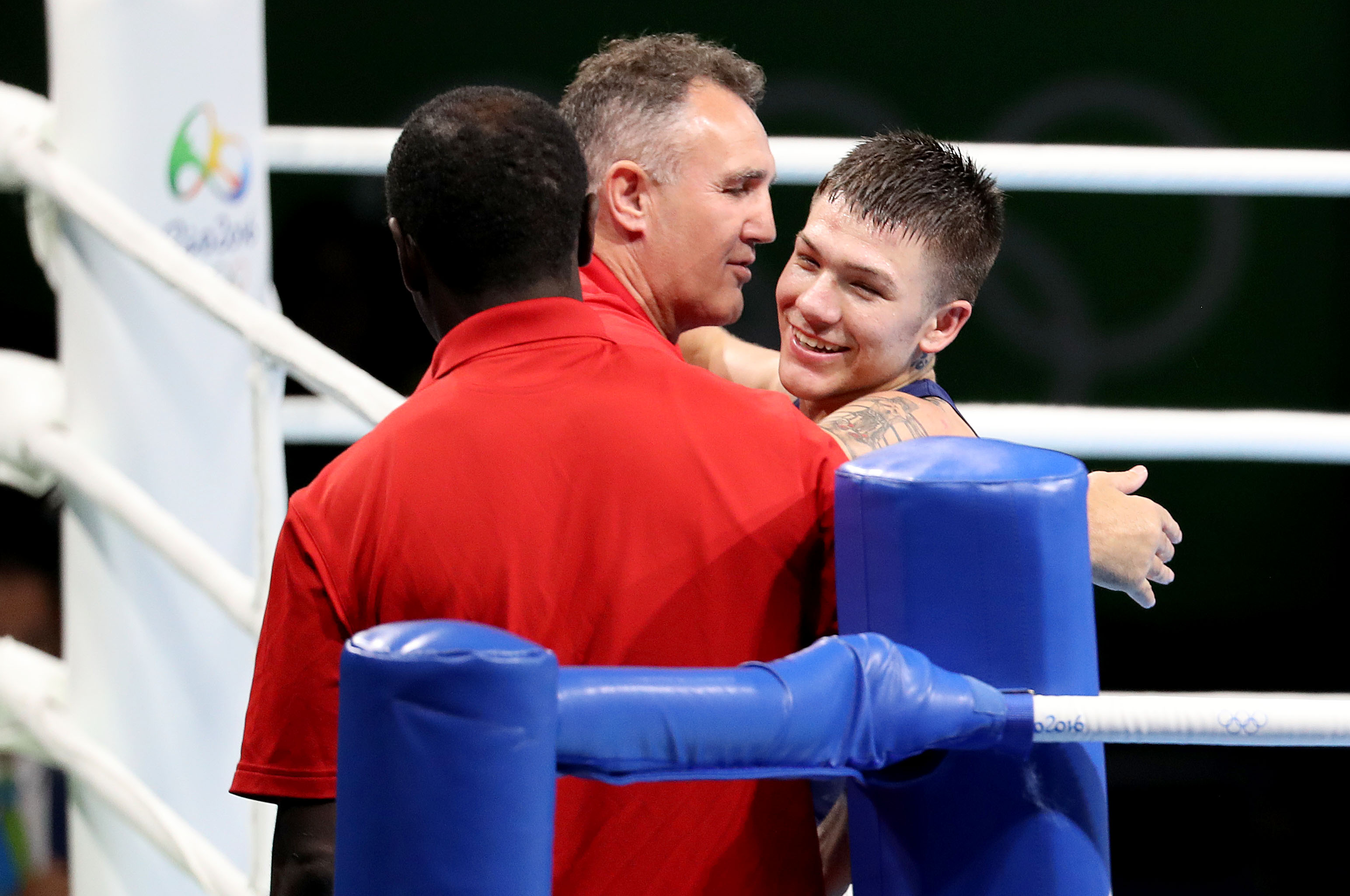 However, Conlan dismissed suggestions that Walsh has had a positive effect on the US boxing team, saying: "I don't think Billy's loss is USA's gain. The scoring system and the professional boxing style is suiting the USA boxers a lot more."

"They're trained by their pro coaches back home. I don't think we've lost much. It is what it is. We're here for gold and the fact Billy's not in the corner doesn't count for anything."


popular
World Cup 2022 Day 12: All the major action and talking points
From Ireland to Argentina: Alexis Mac Allister's Irish roots explained
The FootballJOE Qatar World Cup 2022 Geography Quiz
France demand FIFA change result of World Cup defeat over 'rule break'
"Nowadays, even if I don't hit a ball, I don't care as long as we win" - Gleeson learning from the past
Cristiano Ronaldo 'agrees £173m-a-year deal' with Saudi club
Castleknock's Warnock the hero as Maynooth win first ever Ryan Cup final
You may also like
3 years ago
Military coups, AK47s and gold medals - the remarkable story of how Ben Ryan guided Fiji to Olympic Sevens glory
4 years ago
Michael Conlan's embracing the lowest point of his career and making it his own
5 years ago
Ireland loses Olympic sailor Saskia Tidey to Team GB ahead of Tokyo 2020
5 years ago
It seems there was just one problem with O'Donovan brothers' appearance on Graham Norton
5 years ago
WATCH: O'Donovan brothers had a Hollywood actress entranced on The Graham Norton Show
5 years ago
WATCH: Ireland's bittersweet sporting year summed up perfectly by top betting surprises
Next Page