Care must be taken when building a prospect in boxing.

Undefeated records still hold plenty of importance in pugilism and there is an art to ensuring that a fighter keeps the hype train rolling while learning along the way.

It’s a role that is not discussed often enough in boxing but one that it crucial for promoters and future superstars.

Lewis van Poetsch has a record of 8-96-1 and fought on 33 occasions last year. The Bristol fighter joined Carl Frampton and Chris Lloyd on the latest episode of TKO, where he explained what it’s like to show up to a venue almost every weekend expected to lose.

"It’s a fine line. You’ve got to make your opponent look good, make a fight of it and not get hurt. It’s quite an art form," Van Poetsch said.

"People don’t understand it. They’ll never understand it unless they’re within the boxing community or follow boxing at some sort of level. I work in a barbershop and I have to explain at least eight to ten times a day what a journeyman is and how it works. And people always think it’s this underground thing like Snatch. They’ve watched too many films.

"As a journeyman, we’re the away fighter. We’re not there to win. We’re there to make the numbers up but the art form is to not get hurt in the process, make a fight of it, make the lad look good but expose him slightly so they have stuff to work on.

"Every now and then you’ll come up against someone who is really good. Like you’ll fight someone where you’re a bit overmatched. But then, most of the time, it’s just a case of fighting ticket-sellers who are potential up-and-comers. So you get them at the early stage of their career and you give them a tough night’s work and make them work for a win.

END_OF_DOCUMENT_TOKEN_TO_BE_REPLACED

"It’s nice to get a result every now and then because obviously I’ve only got eight and one draw but a few of those fights have been me losing by a point so you do the maths."

Victories matter less to Van Poetsch than getting through fights unscathed because being stopped or getting cut rules journeymen out for at least a month.

The ex-soldier often gets phone calls on a day's notice for fights and just drives up after his week's work with his gloves and boots, ready to pocket a handy £1,000. 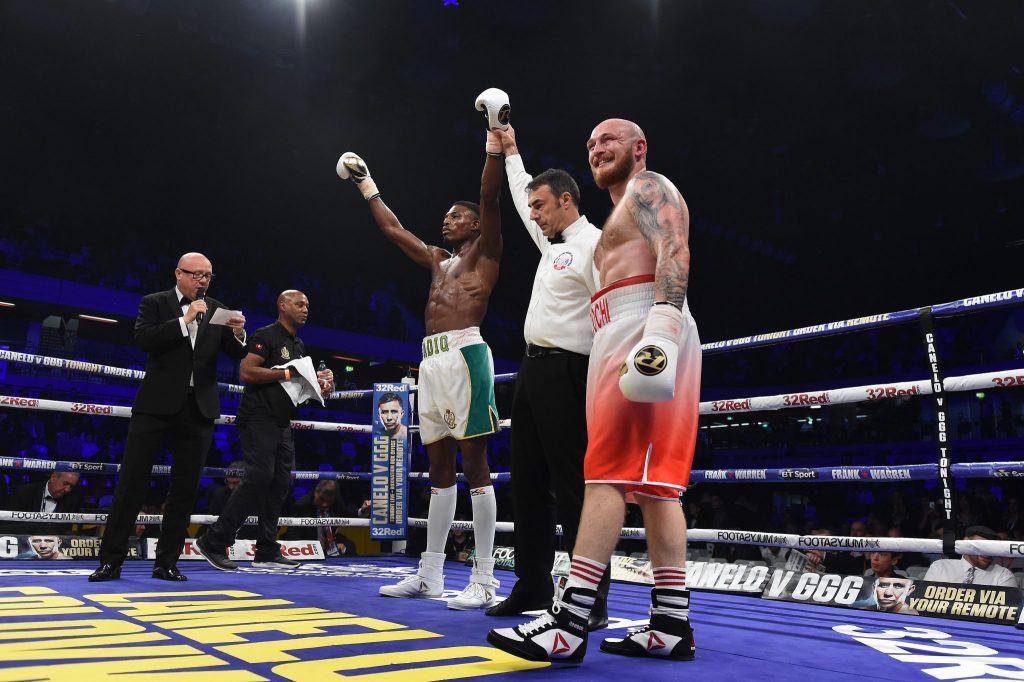 But keeping promoters sweet isn't always easy and Van Poetsch has missed out on potential paydays because of opponents' refusal to abide by the unwritten rules of prospect vs. journeyman.

Van Poetsch said: "I turned up at this venue and I’d looked at this lad’s BoxRec before. He’d had a few years out and his last fight was at welterweight. Nowadays, I’m a fully-fledged super middleweight but I was fighting at middleweight then. I saw him at the weigh-in and I was telling my coach Rich, ‘I’m not going to be fighting him surely. He’s tiny.’

“The unwritten rule is ‘don’t try to knock me out and I’ll quite happily play the game.’ The promoter was asking me to play the game. The kid came out swinging and caught me with a few shots, to be fair to him. I just thought ‘screw this, mate, you’re having some back now.’

“So I put it on him, battered him for four rounds and won the fight. That promoter won’t even have a conversation with us now. He won’t even talk to me or Richard. He won’t pick up the phone. When he sees us at a show, he’ll just give us a nonchalant nod. It’s crazy. That’s a source of income just gone.”