"Great to finally meet you."

Katie Taylor reigned supreme at Wembley Arena, on Saturday night, and is all set for what she hopes will be another bout with Amanda Serrano, in Croke Park, next summer.

The lightweight champion easily picked off Karen Carabajal to defend her stack of world titles, then made her case for a whopper of a fight in 2023.

"Regardless of who it is," she told DAZN, "we want the fight at Croke Park!

END_OF_DOCUMENT_TOKEN_TO_BE_REPLACED

Taylor headed back-stage and was greeted by a host of sports stars and celebrities as they sought to share a few moments with the biggest name in women's boxing. Gary Cully, who had a stoppage win earlier in the night, passed on his congratulations and Taylor stopped to chat, and joke, with Ireland footballers Katie McCabe and Ruseha Littlejohn.

The champion was determined to get back to her dressing room, though, as she had a guest of honour waiting to re-live the bout with her. 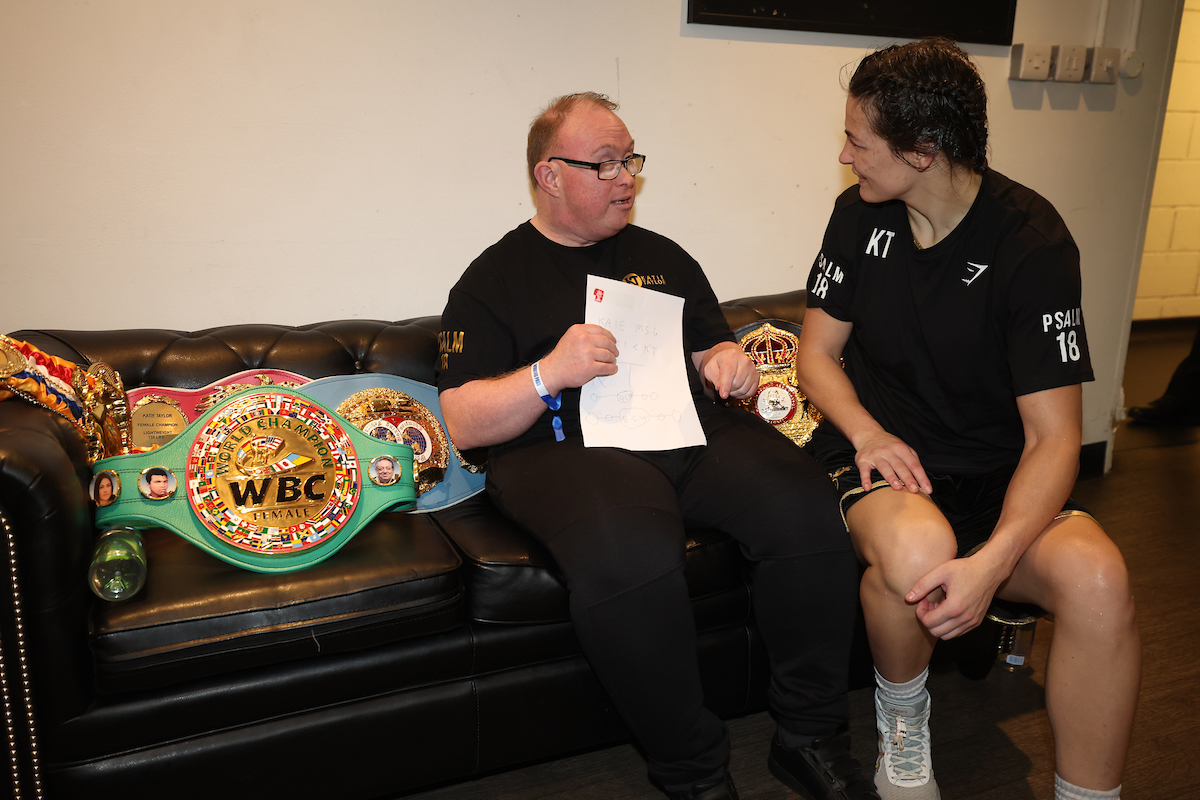 END_OF_DOCUMENT_TOKEN_TO_BE_REPLACED

Waiting patiently for Katie Taylor, after her win, was Derek, a big fan of the Bray boxer. He had a special note he had prepared for the champion, and he shared it after the pair caught up on events in the ring.

"It's great to finally meet you," said.

END_OF_DOCUMENT_TOKEN_TO_BE_REPLACED

"The famous Katie!" he replied.

"It's so great that you are here," Taylor continued. "Thank you so much."

"Are these all your belts now?" joked Taylor as Derek, who has Down syndrome, sat beside her collection of world titles.

Asked if he enjoyed the fight, Derek spoke of how unbelievable the whole experience had been.

Amid the cacophony and back-stage chaos, and celebrations, Katie Taylor was determined to give one of her biggest fans some time with her, away from it all.

It was a post-fight gesture that speaks of a champion fully aware of her legacy, and what she means to those that follow her every move.