No rest for the wickedly good.

Taylor won 100-89 on the scorecards of all three judges as she picked Han's defences apart and landed blows with impunity throughout. She had Han on the canvas near the end and the former featherweight world champion was merely hoping to survive until the final bell.

END_OF_DOCUMENT_TOKEN_TO_BE_REPLACED

The bout was the co-main event for a Josh Warrington fight that would be later ruled a 'No Contest', much to the chagrin of the boisterous home support. DAZN were host broadcasters and they went so far as to interview the reigning welterweight world champion DURING Taylor's fight.

Taylor and US fighter Jessica McCaskill fought back in 2017, with the Bray native winning a unanimous decision at York Hall in England to retain her WBA lightweight belt. McCaskill [10-2] is on a five-fight winning streak since that Taylor defeat and has won world titles at super lightweight and welterweight.

Interviewed ring-side, mid-way through the fight, McCaskill said Taylor was having the better of the bout but warned her not to reach for blows that would leave her defences exposed. "She is winning, so she has to keep her head on tight," she said.

"Han is trying to change it up from what every other opponent has done. They've all come to fight, and Katie loves to fight! So she's trying to do something a little different."

Asked if she was scoping the 35-year-old out for a potential rematch, McCaskill replied, "Yeah, right. You never know." 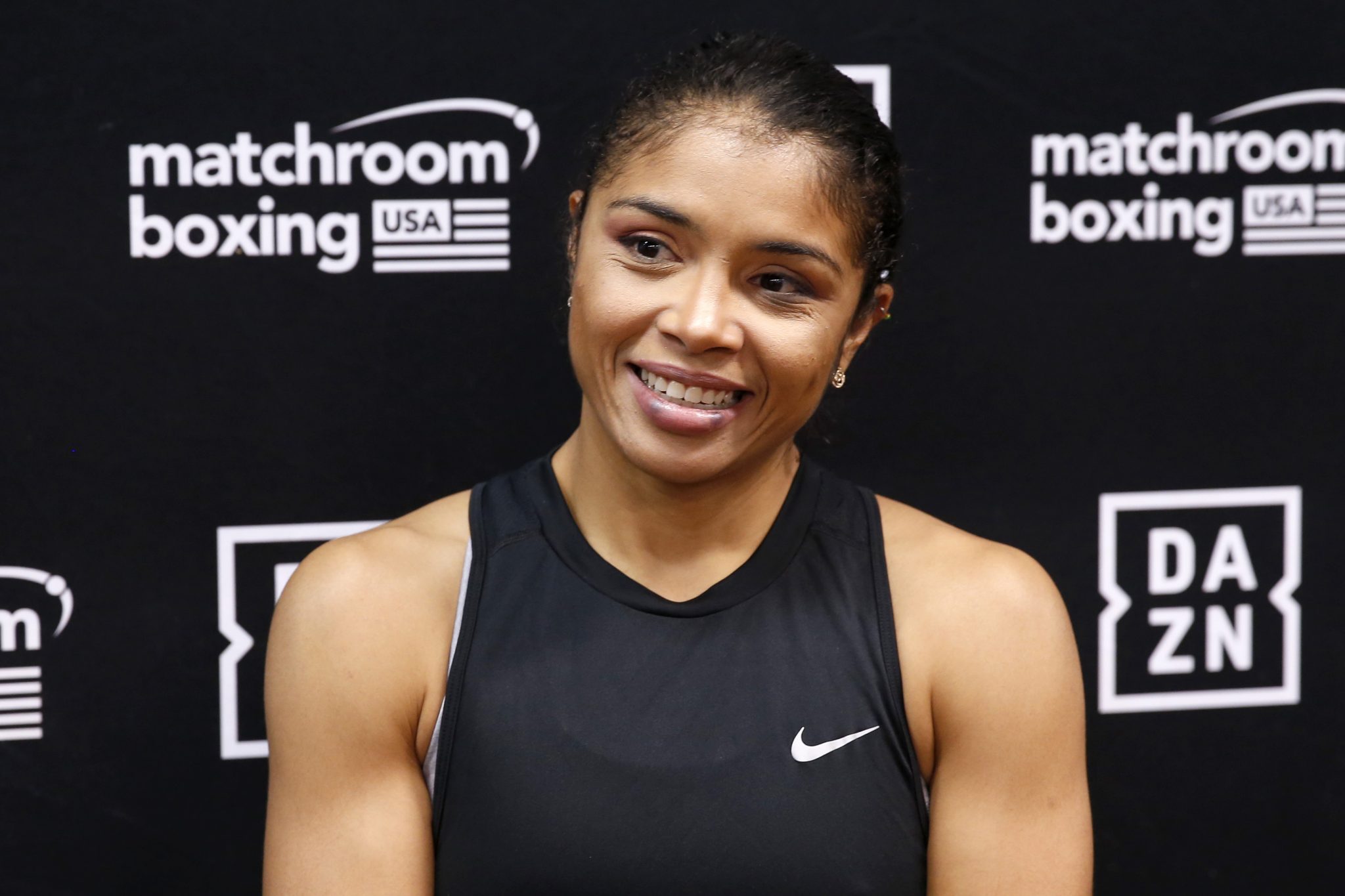 As for Taylor, she was interviewed by DAZN after her latest unanimous victory, she said Han was 'a big challenge' and was disappointed that she could not secure the stoppage.

The prospect of an undisputed women's tournament being planned for the super lightweight division was raised, to Taylor, and she was informed McCaskill was in the stadium. Taylor commented:

"I'm willing to fight anyone at any weight category, really. I want the big fights.

"I want all those names that you mentioned. I want all these mega fights. I want to be involved in all the biggest fights possible in women's boxing.

"And I'm fairly certain that I will end my professional career undefeated, as a multiple weight, multi world champion."

McCaskill is currently fighting in the 147lbs welterweight division while Taylor has primarily fought at 135lbs. The super lightweight is 140lbs and that is where we could see the rematch between the pair.


popular
"It’s hard not to respect Johnny, even if you don’t like him!" - Dan Biggar
Quiz: Which footballer has played more times for Ireland?
Martin McHugh: Them lads were stronger than the modern day player who's lifting weights all the time and doing no manual work
"I was in the Blackrock end goal looking up to the heavens saying, "Get us through it" - Kerins following his late father's footsteps
Dessie Farrell set to cut large chunk of Dublin players as panel is reduced for league campaign
Sky Sports presenter explains why Roy Keane and Graeme Souness are so critical of players
Eddie Jones shares great tale on hour-long chat with 'inspirational' Roy Keane
You may also like
3 weeks ago
Jake Paul taunts Floyd Mayweather with New Year's resolutions list
1 month ago
12 sports documentaries you must watch this Christmas
1 month ago
Amanda Serrano's last opponent unrecognisable after 236-punch barrage
1 month ago
Jake Paul spot-on with women's boxing comments as he plots Taylor vs. Serrano
1 month ago
Jake Paul calls out Jorge Masvidal and Nate Diaz after knockout win over Tyron Woodley
1 month ago
Fans brand Paul vs Woodley fight 'rigged' after footage of 'hand twist' gesture
Next Page