Taylor scored a knockdown in the eighth round, but her opponent disputed it.

Katie Taylor moved serenely to 19-0 as she made her 13th world title defence against Jennifer Han at Headingley Stadium in Leeds.

The world champion had far too much pace and precision for the game Han. The only thing Taylor missed out on was a KO, but she will be pleased with the test Han provided.

END_OF_DOCUMENT_TOKEN_TO_BE_REPLACED

Han is a former featherweight world champion, winning the belt back in 2015 before defending the belt on four occasions. She was stepping up two weight divisions to take on the Bray native at take a run at her stash of belts.

Taylor had the better of the opening round as she quickly found her range with her left jabs and hooks. Han flurried back in the final 30 seconds but the Texan was tenatative.

Advised by her corner to draw Han out before landing blows, Taylor did so nicely to land some big blows in the early stages of round two. Han took it in her stride and landed a couple of glancing blows, though.

The third round saw Taylor up the combos and up the tempo. Han was slowing the bout down by clutching and holding on to Taylor. The fourth round was more of the same, with Taylor edging it again and landing a big right hand connection. After found rounds, it was 4-0 Taylor. 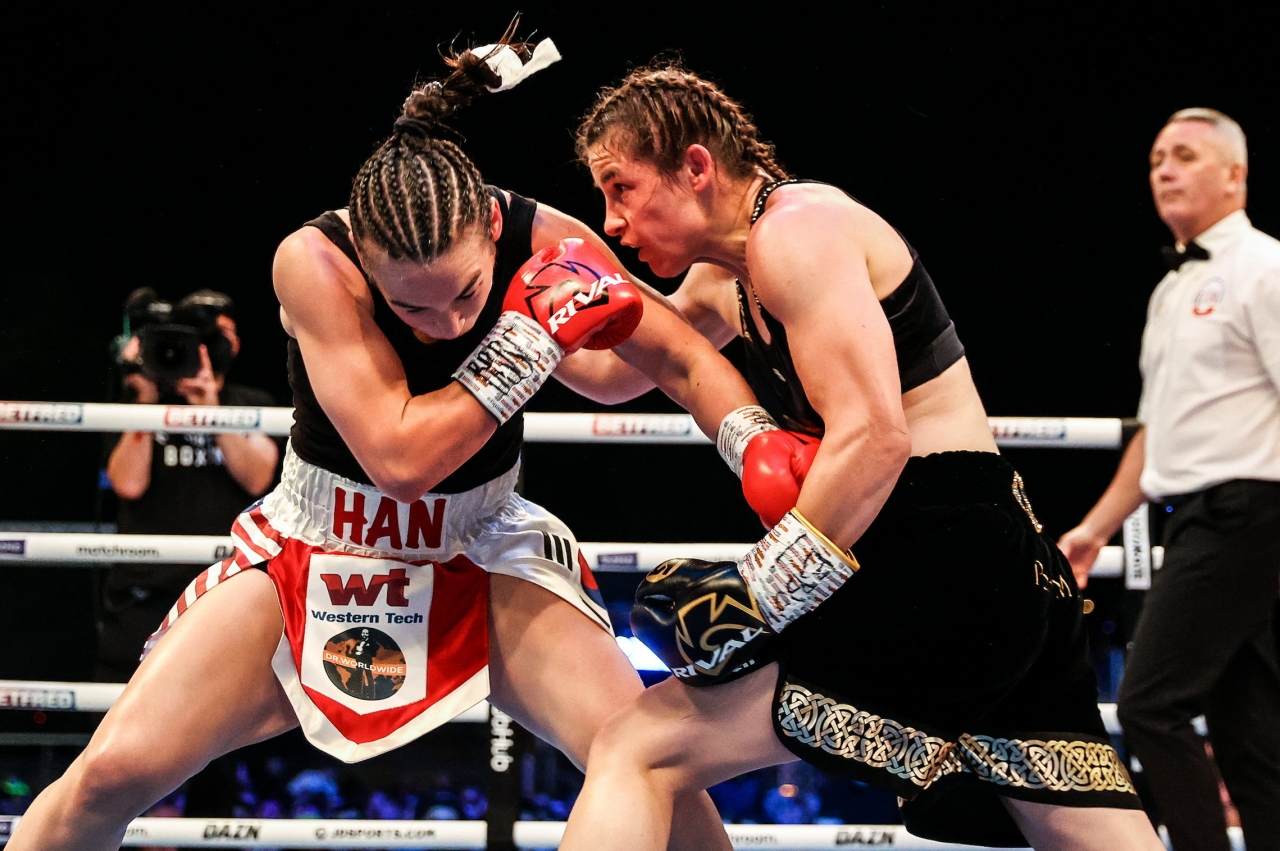 Han could have a strong claim on the fifth, as she pressed Taylor back on the ropes and did fell in the first 60 seconds. Taylor may have nicked it, though, with a few crisp jabs to the head in the final stages. 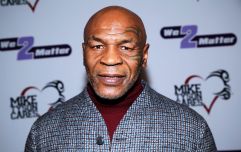 END_OF_DOCUMENT_TOKEN_TO_BE_REPLACED

The sixth round was all Taylor as she put her foot on the gas and picked off the flagging Han with ease. She was making her activity and experience tell against the American. The seventh was not the prettiest, but Taylor was the one willing to engage and throw combinations. The champion was looking comfortable.

The eighth round was a Taylor masterclass, with Han knocked down and given a count of six. She was pointing to her feet, to say she slipped, but Taylor definitely helped her on her way.

Han's face was showing signs of the punishing Taylor jabs and she was just hanging on throughout the ninth round.

The final round saw Taylor press for the knock-out blow and land a couple of crunchers, but Han could see the finish line and clung on.

The three judges all agreed that Taylor had dominated, and she won 100-89 on all three cards.


popular
"It’s hard not to respect Johnny, even if you don’t like him!" - Dan Biggar
Martin McHugh: Them lads were stronger than the modern day player who's lifting weights all the time and doing no manual work
"I was in the Blackrock end goal looking up to the heavens saying, "Get us through it" - Kerins following his late father's footsteps
Quiz: Which footballer has played more times for Ireland?
Dessie Farrell set to cut large chunk of Dublin players as panel is reduced for league campaign
Sky Sports presenter explains why Roy Keane and Graeme Souness are so critical of players
"I missed two senior championship games in the Gaelic and it was eating me up inside" - Bradley-Walsh getting a lot done
You may also like
3 weeks ago
Jake Paul taunts Floyd Mayweather with New Year's resolutions list
1 month ago
12 sports documentaries you must watch this Christmas
1 month ago
Amanda Serrano's last opponent unrecognisable after 236-punch barrage
1 month ago
Jake Paul spot-on with women's boxing comments as he plots Taylor vs. Serrano
1 month ago
Jake Paul calls out Jorge Masvidal and Nate Diaz after knockout win over Tyron Woodley
1 month ago
Fans brand Paul vs Woodley fight 'rigged' after footage of 'hand twist' gesture
Next Page