You have one minute between rounds to sit down, rehydrate, compose yourself, and take on board your coaches instructions.

If you have ever boxed before, you will know that this is easily the fastest minute you will ever experience, much in the same way that holding a plank for minute, is painfully long - it's still just a minute, but perspective is everything. 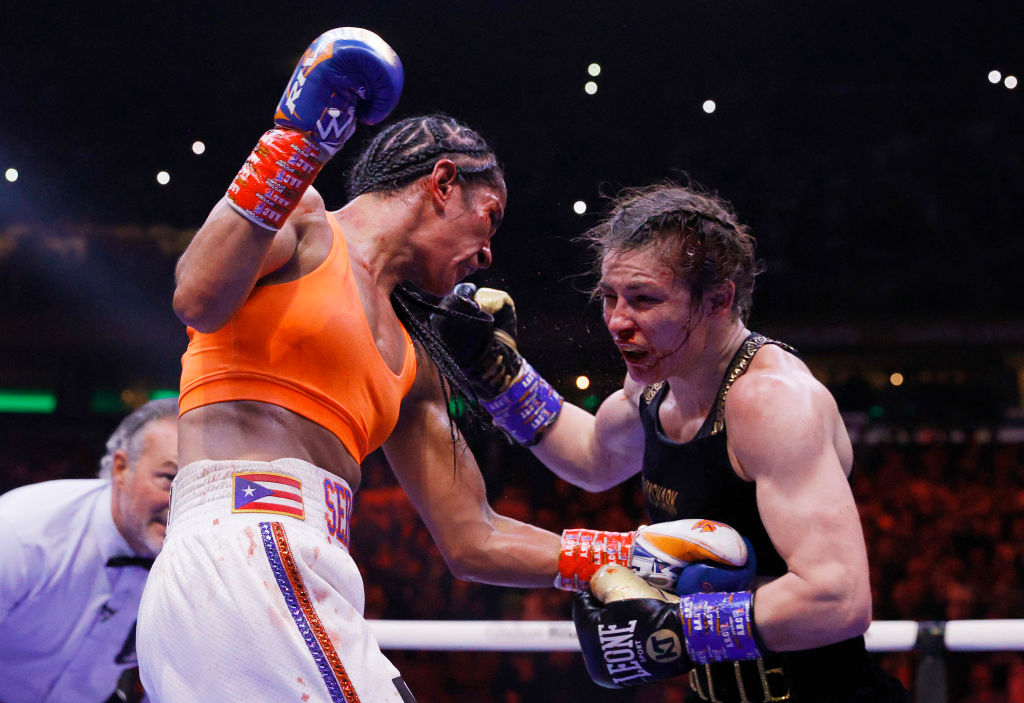 END_OF_DOCUMENT_TOKEN_TO_BE_REPLACED

When it's the biggest fight of your life, and you're up against the best opponent you have ever faced in your career, you need all of the respite that you can get.

Katie Taylor narrowly beat Amanda Serrano in what has to be the fight of the year - it had absolutely everything, short from the heart and guts physically being spilled out onto the ring.

Taylor won by split decision in the end, and solidified her already guaranteed place in boxing folklore as one of the best to ever do it, and the leading pioneer for females in the sport. 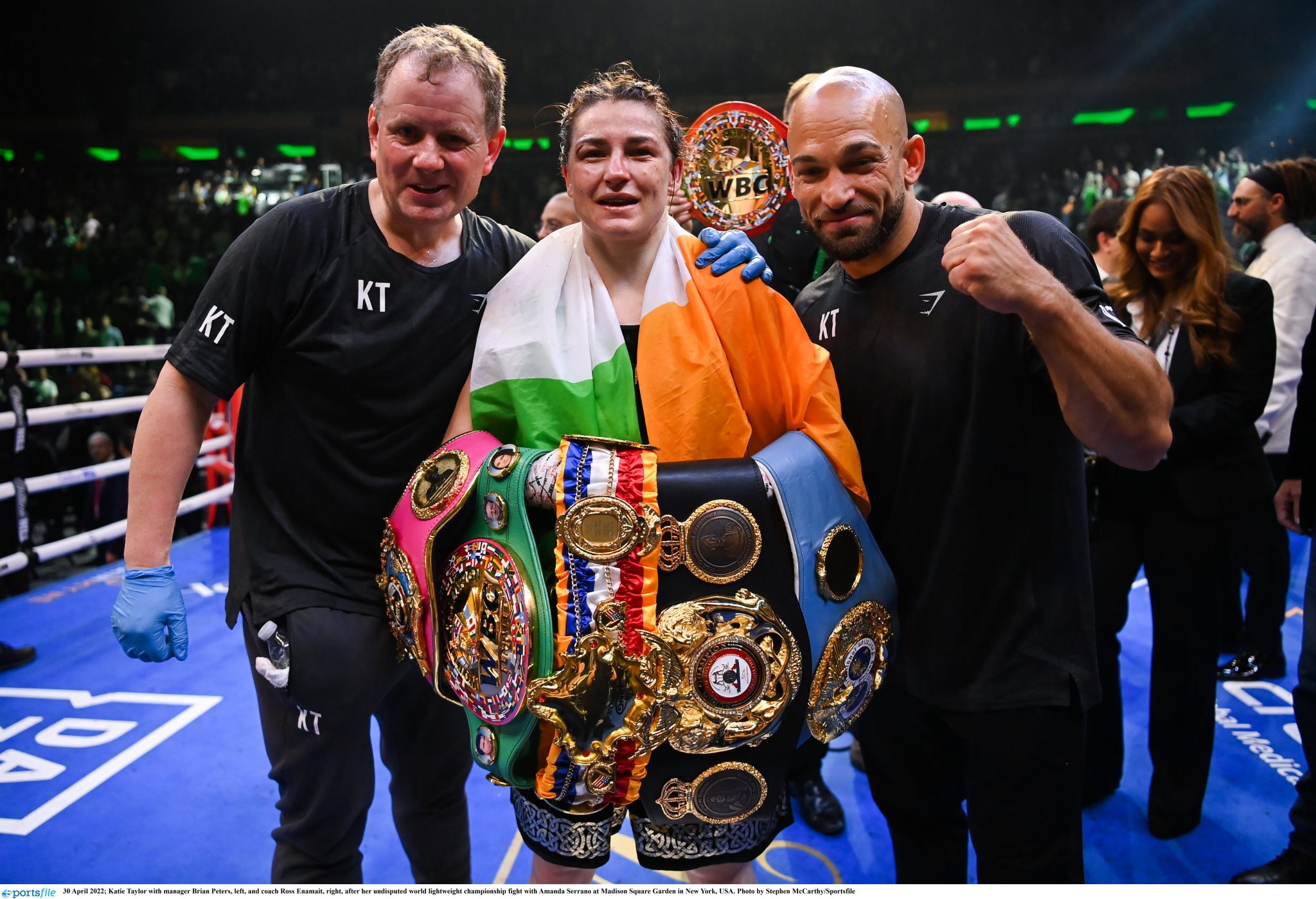 END_OF_DOCUMENT_TOKEN_TO_BE_REPLACED

Interestingly, Taylor and her team decided to stand up in-between the first couple of rounds, rather than sit down, and take the rest.

There really is only one reason for this, and that is to make a statement to your opponent. It's a clear signal that says 'I'm not even tired, I'm bursting to get back out there.'

END_OF_DOCUMENT_TOKEN_TO_BE_REPLACED

One reason to make this statement was potentially because in the champ's previous big fights, particularly against Delfine Persoon, it could be argued that fatigue hit the Irish native at certain stages, and that might be something Serrano would identify as a potential weakness. 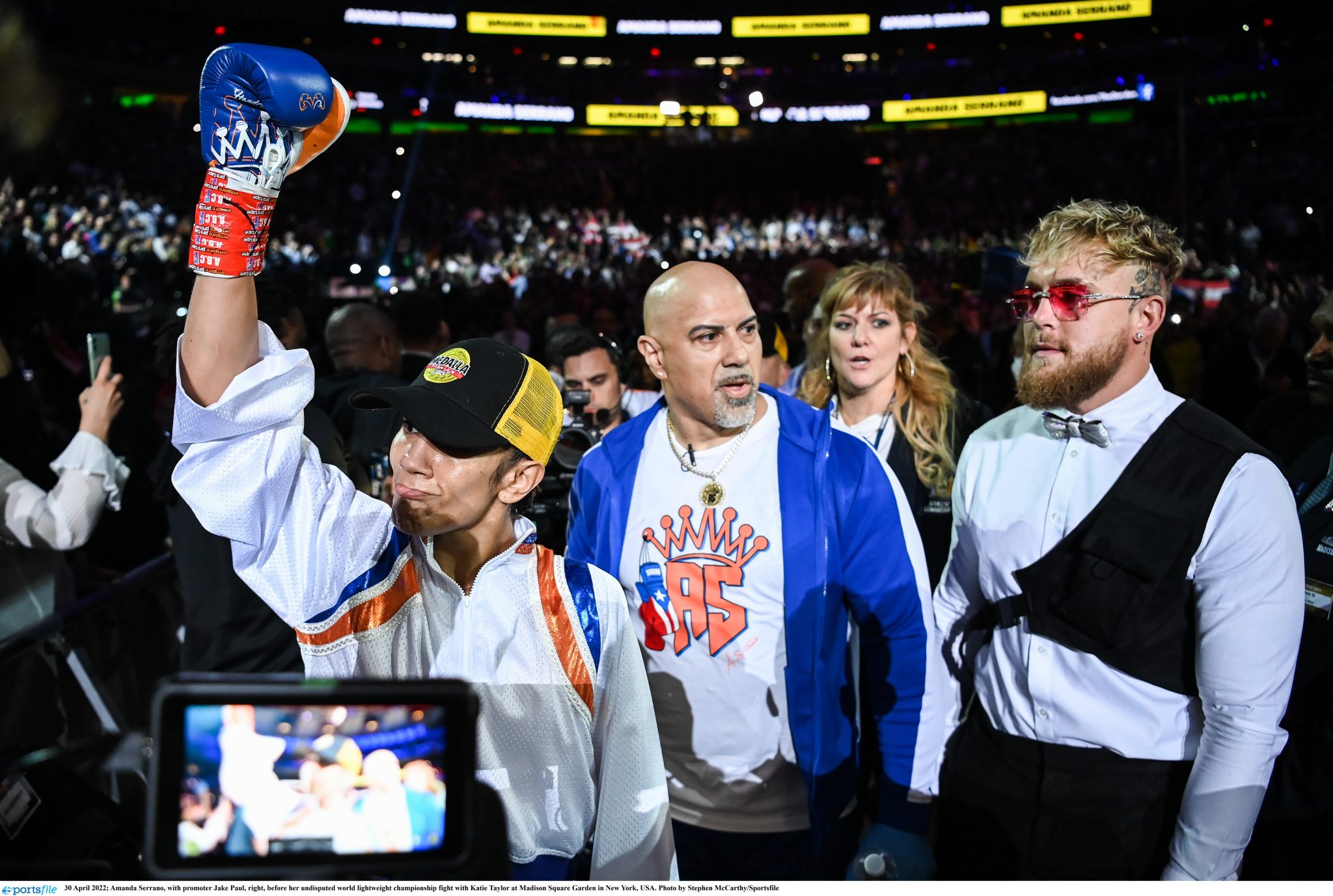 The Puerto Rican's engine is famed in boxing, and her whole game is based on coming forward, bulling through opponents and never taking her foot off the gas.

So this might have been a mind game played by Taylor, to try and take the wind out of any confidence that Serrano and her team may have had about potentially outworking and outlasting her.

However, in the fourth round, Serrano not only put her foot on the gas, but cut the brakes entirely as she kept punching ferociously and relentlessly, landing clean shots that clearly hurt and bloodied Taylor.

Then in the fifth, it was panic stations for team Taylor as she looked completely out on her feet after taking some heavy shots, and there were genuine fears that the 2012 Olympian could be stopped here.

Needless to say, the stool was quickly brushed off and put back in its rightful place, and although this obviously wasn't the reason Taylor mustered up the heroic, and remarkable comeback that she did, it was a very obvious advantage for Serrano the second it needed to be used.

Katie Taylor starts strong in Round 9 in a very close fight 👊#TaylorSerrano pic.twitter.com/AO1bKLTkWX

In the end it will only be a footnote in what was the greatest night in female boxing history, and a night that lives up to the legendary battles of old in boxing as a whole, but still, it could have went very, very wrong.


popular
Man United could be blocked from playing in the Champions League next season
Ireland team vs. France: Form players rewarded and a welcome return
French media's opinion of this Ireland team becomes clear as vital clash nears
Man United vs Leeds: Why the game won't be shown on Irish TV
Eight players to watch in tonight's Sigerson Cup semi-finals
Clive Woodward happy to 'eat humble pie' after bold comments about Ireland
"I should have been more mature" - O'Sullivan's injury trail a cautionary tale for Sigerson casualties
You may also like
1 week ago
Katie Taylor's rematch with Amanda Serrano 'highly unlikely' to take place at Croke Park
2 weeks ago
Anthony Joshua agrees to face American heavyweight
2 weeks ago
Chris Eubank admits that he regrets "ugly build-up" to fight with Liam Smith
2 weeks ago
Liam Smith throws uppercut from the gods to stop Chris Eubank in fourth round
2 weeks ago
Floyd Mayweather announces his first ever UK fight at the O2 Arena
2 weeks ago
Liam Smith asks Chris Eubank if he is gay in the most bizarre press conference you will ever see
Next Page