What a day it's been for Lisa O'Rourke, Amy Broadhurst, for women's boxing, and for Ireland.

Not exactly a bad list, but in the space of roughly 30 minutes yesterday, in Istanbul, two more names were added to that honour roll, as Amy Broadhurst and Lisa O'Rourke won their finals to pick up gold. 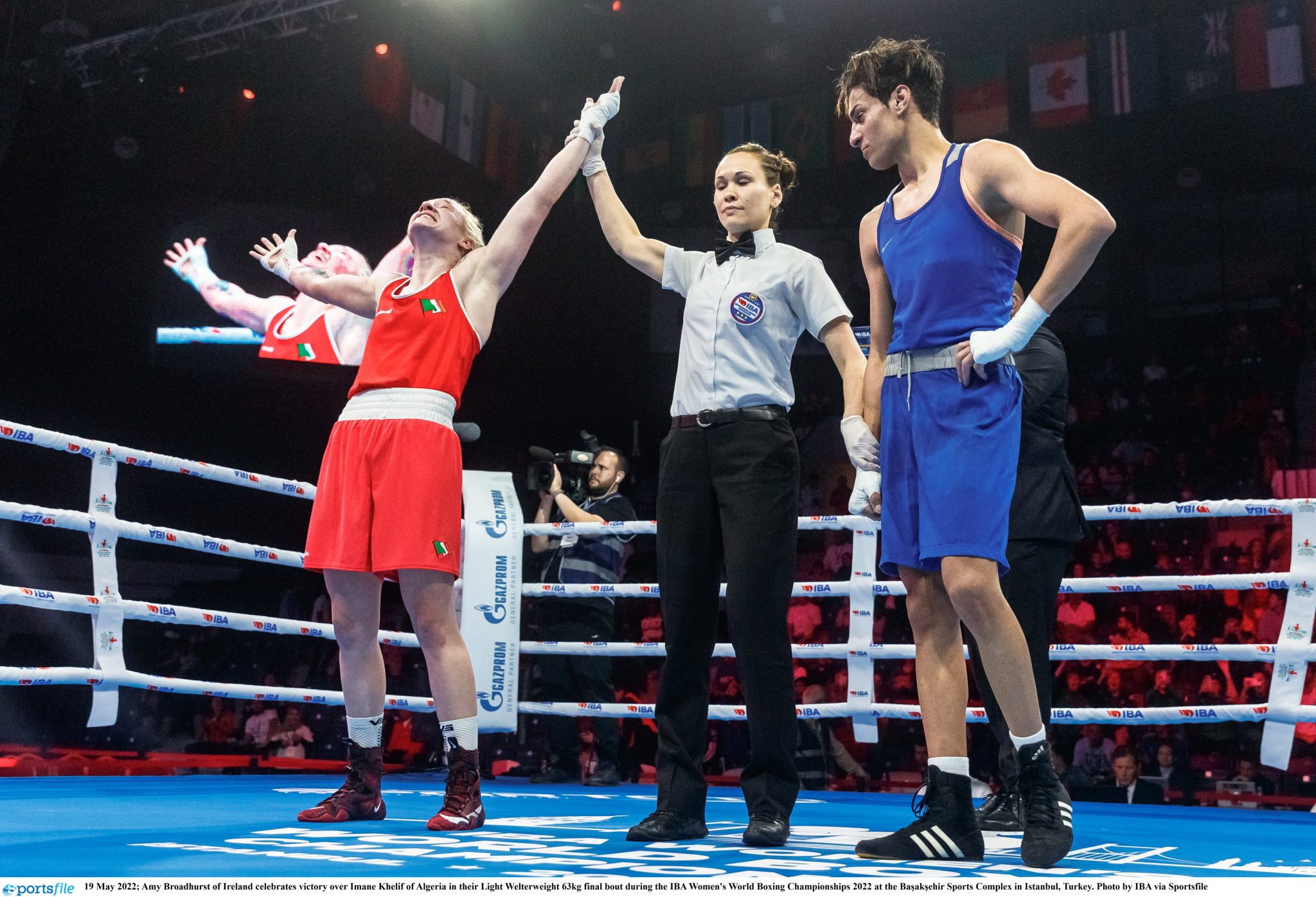 END_OF_DOCUMENT_TOKEN_TO_BE_REPLACED

Broadhurst has been on the Irish circuit for a while, and has had to suffer some heartache at recent tournaments, but her potential, work ethic and talent was clear to see, and it was always just a matter of 'when,' rather than 'if' she would succeed.

Unfortunate to be in the same weight bracket as Kellie Harrington, Olympic Gold medalist in Tokyo, Broadhurst has had to move weight categories to get her shot in the spotlight, and now it's all paying off.

The silky southpaw was dominant in her bout, even more impressive considering the fact she was giving away quite a lot in terms of height difference. 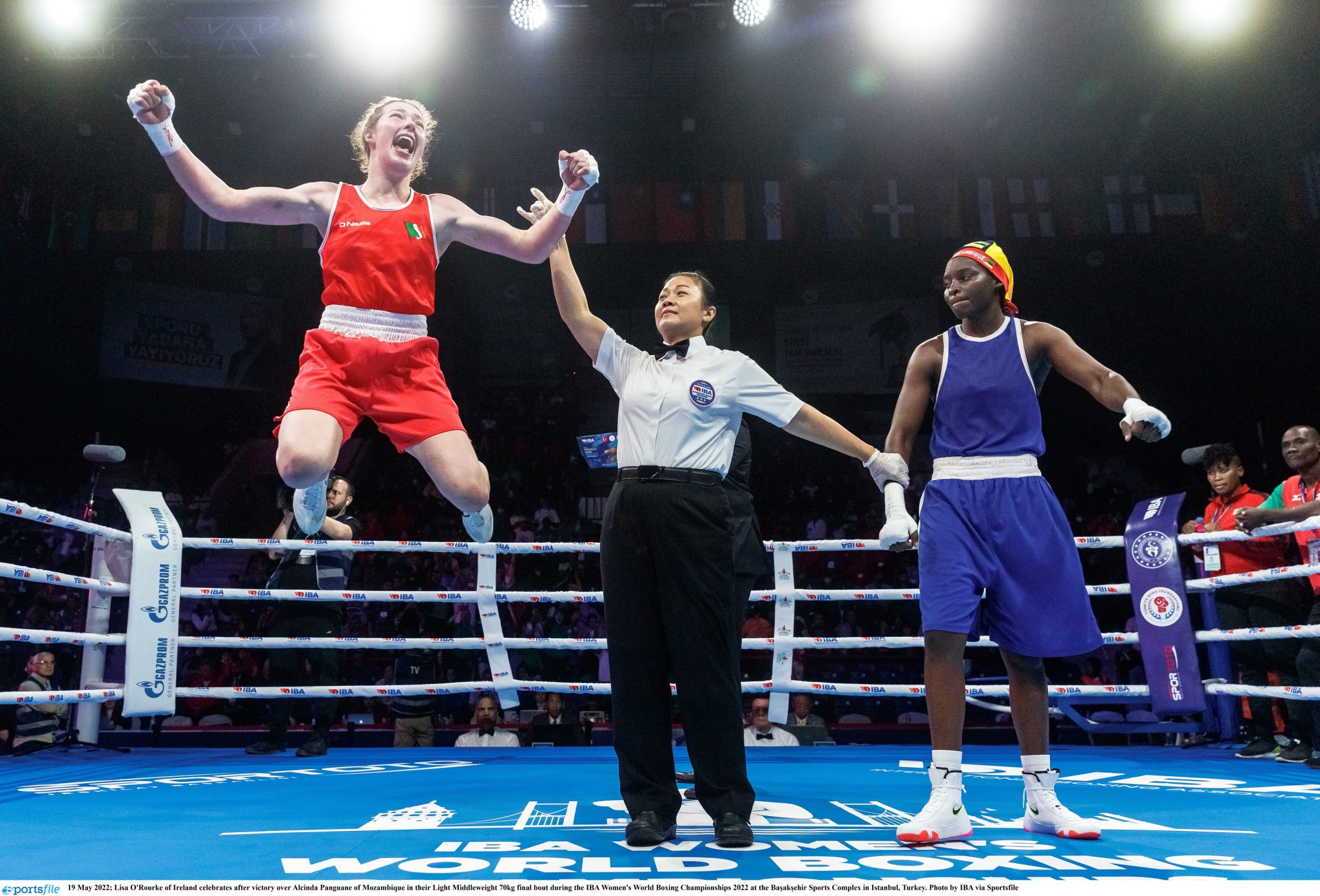 END_OF_DOCUMENT_TOKEN_TO_BE_REPLACED

Lisa O'Rourke was next in he ring for the 70kg weight category, and at just 20 years old, this girl has a future brighter than the shiny medal she just picked up.

Also a southpaw, O'Rourke was in a cagey, tight contest, but was undoubtedly the winner, and the possibilities are endless for this young star.

Shortly after her win, she received a phone call from her hero, and the hero of pretty much all boxing enthusiasts in Ireland, Katie Taylor.

END_OF_DOCUMENT_TOKEN_TO_BE_REPLACED

The sharp shooting boxer was beaming from ear to ear, as this already incredible day was topped off by being congratulated by the woman who has paved the way for female boxers.

Ireland has never had such a stable of talent primed and ready to be unleashed, so there is plenty of reason to be excited.


popular
Man United could be blocked from playing in the Champions League next season
Ireland team vs. France: Form players rewarded and a welcome return
Clive Woodward happy to 'eat humble pie' after bold comments about Ireland
Man United's four player transfer shortlist if Qatar takeover goes ahead
Man City expect Pep Guardiola to leave
"I should have been more mature" - O'Sullivan's injury trail a cautionary tale for Sigerson casualties
The Ireland team Andy Farrell needs to start when France come to town
You may also like
1 week ago
Katie Taylor's rematch with Amanda Serrano 'highly unlikely' to take place at Croke Park
2 weeks ago
Anthony Joshua agrees to face American heavyweight
2 weeks ago
Chris Eubank admits that he regrets "ugly build-up" to fight with Liam Smith
2 weeks ago
Liam Smith throws uppercut from the gods to stop Chris Eubank in fourth round
2 weeks ago
Floyd Mayweather announces his first ever UK fight at the O2 Arena
2 weeks ago
Liam Smith asks Chris Eubank if he is gay in the most bizarre press conference you will ever see
Next Page