Conor McGregor's team appear to be having a blast as they prepare for the toughest test they have ever faced.

We've been kept up to date with all the happenings from McGregor's camp through Owen Roddy's fantastic vlog documenting their experiences.

"JK's (John Kavanagh) after catching the boys coming out of... I don't know whether they were in the wax place here or the tanning. You wouldn't know with the lads... here comes Gerry and... Gerry's trying to hide (laughs)."

At this moment, Gerry spotted the SBG head coach waiting outside the studio for him. Fortunately, Kavanagh's back was turned giving him the opportunity to hide behind a pillar and assess his options. 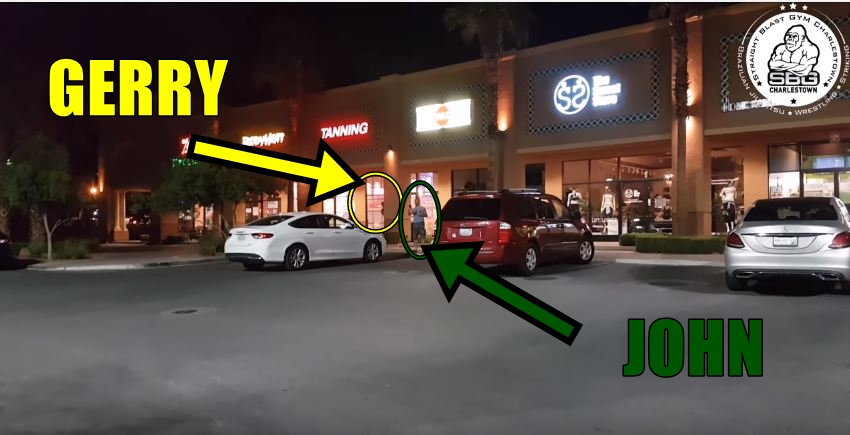 Time was of the essence. At any moment, Kavanagh could have turned around and spotted him peeking from behind the concrete. The jig would have been up.

So he decided that the best course of action was to take flight and absolutely peg it in the opposite direction.

A little later, Gerry walked back to the car with a cup in his hand and his tail between his legs. Roddy remained coy, but it was obvious that Gerry knew he had been stung big time.

Roddy: "Ah Gerry, what's the story? Just in the restaurant there, yeah?"

Gerry: "Getting a drink."

Cue an eruption of laughter from everyone present. 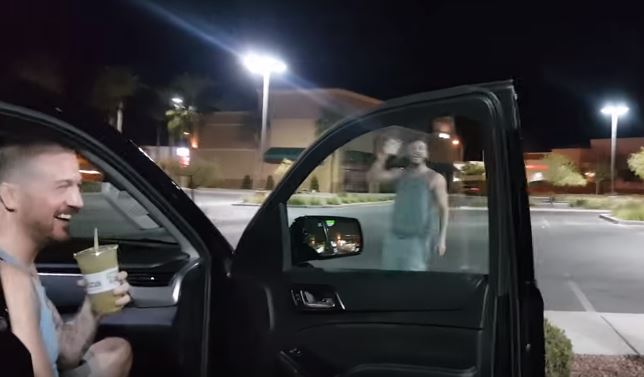 Check it out from the 5:50 mark in McGregor v Mayweather - Coach Roddy Camp Vlog 3 below.


popular
In 86 seconds, Patrick Bamford becomes English football's voice of reason
Springboks legend Tendai Mtawawira tells us what he really thinks of Ellis Genge
'Make him hurt, make him yours' - How the Springboks ruled the world
'Beast' Mtawawira is a big fan of Mike Ross' Lions front row
Jose Mourinho is about to step up and become the hero football needs
"We did find him hours later and we made up." - How Flynn and his best friend came to blows in Croke Park
Jose Mourinho is the picture of happiness and health after Spurs sacking
You may also like
1 week ago
McGregor and Poirier relationship turns sour over $500,000 donation
2 weeks ago
Exciting UFC 264 card takes shape as McGregor signs up for trilogy
1 month ago
Conor McGregor bought out of Proper 12 whiskey company
2 months ago
Dana White has settled on a contentious next fight for Conor McGregor
2 months ago
"This man ain't ready for Nurmagomedov. He ain't ready!'"
2 months ago
Conor McGregor wants immediate Dustin Poirier rematch, for UFC title
Next Page