Joe Ward: If I don't become a world champion I feel like I'll have underachieved

Westmeath's Joe Ward enters professional boxing in October as one of the most distinguished boxers Ireland has ever produced in the amateur ranks with three European championship gold medals, two world championship silver medals and one world championship bronze medal to his name.

It's an impressive haul of silverware for the 25-year-old and a resume that led Bernard Dunne, former world champion and current high performance director with the Irish Athletic Boxing Association (IABA), to proclaim Ward as the best athlete there is in Ireland back in 2017, while his coach Jimmy Payne said that he'd be surprised if Ward did not go on to win a world title after first linking up with the Light Heavyweight fighter in 2009. 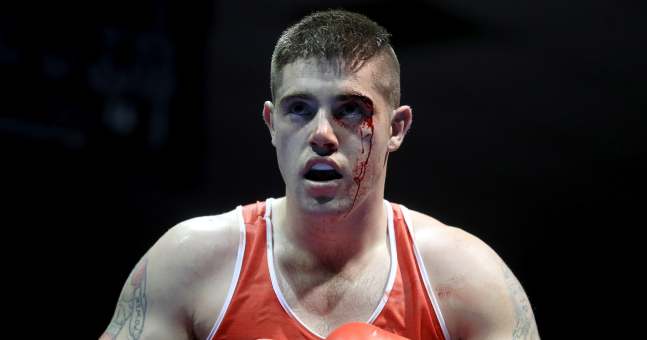 When that's the sort of praise that is being lavished on you it's hard not to raise your bar to meet that standard and Ward certainly has no hesitation in aiming for the very top of the sport.

"For me, if I don't become a world champion in the professional ranks, I'd say I have underachieved," said Ward ahead of his professional debut at Madison Square Garden in October.

"No doubt in my mind I will be world champion. It's just about everything falling into place and me doing the right things. Preparing properly, getting the right opportunities, fighting the right opponents and look there's some luck involved with injury as well.

"Any given day anything can happen but if I don't win a world championship in my boxing career then I've failed."

Payne reckons Ward could have turned professional at several different points over the last few years but thinks he was enjoying the experience with Team Ireland so much that it made it easy for him to stay.

Ward himself credits the setup in the IABA's High performance unit, the opportunity to contend for European, world and Olympic medals plus funding from the Irish Sports Council as the main reasons he stayed in the amateurs. 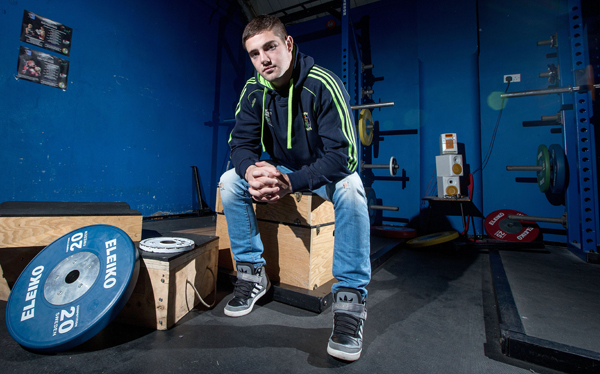 The ISC funding for Ward was €40,000 this year and that type of support from the council over the years allowed him to keep his Olympic dream alive for a long time but this summer he decided it was time for a change, a decision he admits was very difficult.

"I was an elite fighter for eight years but then also I was in the system as a junior and a youth because I had a successful underage career as well," said Ward.

"I was in the High Performance unit for about 13 or 14 years. Up and down on a Saturday. There were some times you'd stay down on weekends and go away on training camps but I've been in there for a long time.

"I've learned a lot and been given a lot of opportunities, which I'm grateful for, and the high performance unit and the sports council have looked after us really well, and without them it wouldn't be possible.

"But I felt like I never owed amateur boxing anything. I was very successful and I was blessed with a lot of great opportunities but my dream was always to be an Olympian and be an Olympic medalist.

"I was in a position where I could make my decision whenever I wanted to make it and then I met Joe Winter with Times Square boxing and we sat down and talked and we connected straight away.

"He has family members in Waterford, is a well-to-do businessman and I just thought this is the right guy to manage me. Then we met Lou di Bella and sat down with him and then I just felt after that that now is the time to go. This is a good team and I'm happy with my decision."

END_OF_DOCUMENT_TOKEN_TO_BE_REPLACED

Ward will team up with renowned trainer Buddy McGirt, who has trained such boxers as Arturo Gatti, Antonio Tarver, Hasim Rahman, Paulie Malignaggi and Sergey Kovalev, and it was the technical style of a lot of his fighters that attracted Ward to the New Yorker.

The former Team Ireland captain will head to Long Island next week to enter his first fight camp as a pro under McGirt but he will also be accompanied by long-time coach Jimmy Payne.

Payne first came across Ward as a 15-year-old and he knew even at that age that the Athlone native would go on to do great things in boxing.

"After meeting the team involved in America - Joe Winters, Adam Glynn, Lou di Bella, Buddy McGirt - everyone is of the opinion that Joe has what it takes to go all the way," said Payne.

"He's very intelligent in the ring and he has a big punch in both hands which you need in the pro game. He listens very well, he's not afraid to try new things, the pro game is a bit slower than the amateurs, but his intelligence, his natural ability, his power, in both hands, makes a massive difference for him entering the pros.

"He's 25 and he's not even at his peak yet. I've known Joe since he won two world titles as a junior. I've been around boxing a long time and I would have known Katie Taylor and worked with her at a younger age and Joe will probably have the same impact, in my opinion, as Katie has had on the female ranks. He's that good.

"He's probably the best pound-for-pound boxer that Ireland has produced in a long time. We've had the Michael Conlan's, the Jason Quigley's, I would have trained those as well, but Joe has everything going for him.

"But again it's down to hard work and dedication and what you put into it. Everyone knows Katie eats, sleeps and drinks boxing and Joe has to do the same at this level. He's fresh, he's new, he's excited again and I think this is going to be an amazing journey for him."

Ward will make his pro debut on the undercard of Gennady Golovkin's middleweight world-title showdown with Sergiy Derevyanchenko's at Madison Square Garden on October 5th.

His opponent has not yet been named but he knows the history and the fighters that have gone before him at the Garden and he said that there's no better place to make his professional debut.

He also noted it may not be the last time he's there with plans for a return in the future but next week marks the first step on one of the most promising pro careers we've had in some time.

popular
Conor McGregor bought out of Proper 12 whiskey company
Sean O'Brien's parting gesture won't soon be forgotten by Scott Penny
The SportsJOE 12 o'clock quiz | Day 312
Leinster reach PRO14 Final but Ulster have every right to feel aggrieved
QUIZ: How well do you remember the 2010 World Cup?
Here's a list of 23 people who own a greater share of the UFC than Conor McGregor
QUIZ: You have 90 seconds to answer this tricky football question
You may also like
2 months ago
Kate Abdo steals the show at Garcia-Campbell with bizarre compliment
2 months ago
Pricing plan to watch Mayweather vs Paul is suitably ridiculous
3 months ago
Jake Paul KOs former NBA star before calling out Conor McGregor
3 months ago
Sky Sports pundit calls out Katie Taylor during live broadcast
3 months ago
Katie Taylor dismantles Miriam Gutierrez to emphatically retain world titles
5 months ago
UFC should embrace Conor McGregor's proposed new role
Next Page