"The winner of this fight is gonna be the best pound-for-pound female fighter in the world."

The UK press conference for Katie Taylor vs Amanda Serrano took place in London, on Monday afternoon. Jake Paul, who is a co-promoter for the bout, was at his eloquent best.

The bout has been described as the biggest women's fight of all time with the WBA, WBC, IBF, WBO, and 'The Ring' linear lightweight titles all up for grabs.

Paul and fellow promoter Eddie Hearn were also in London to promote the fight, which takes place on Saturday, April 26 in Madison Square Garden. 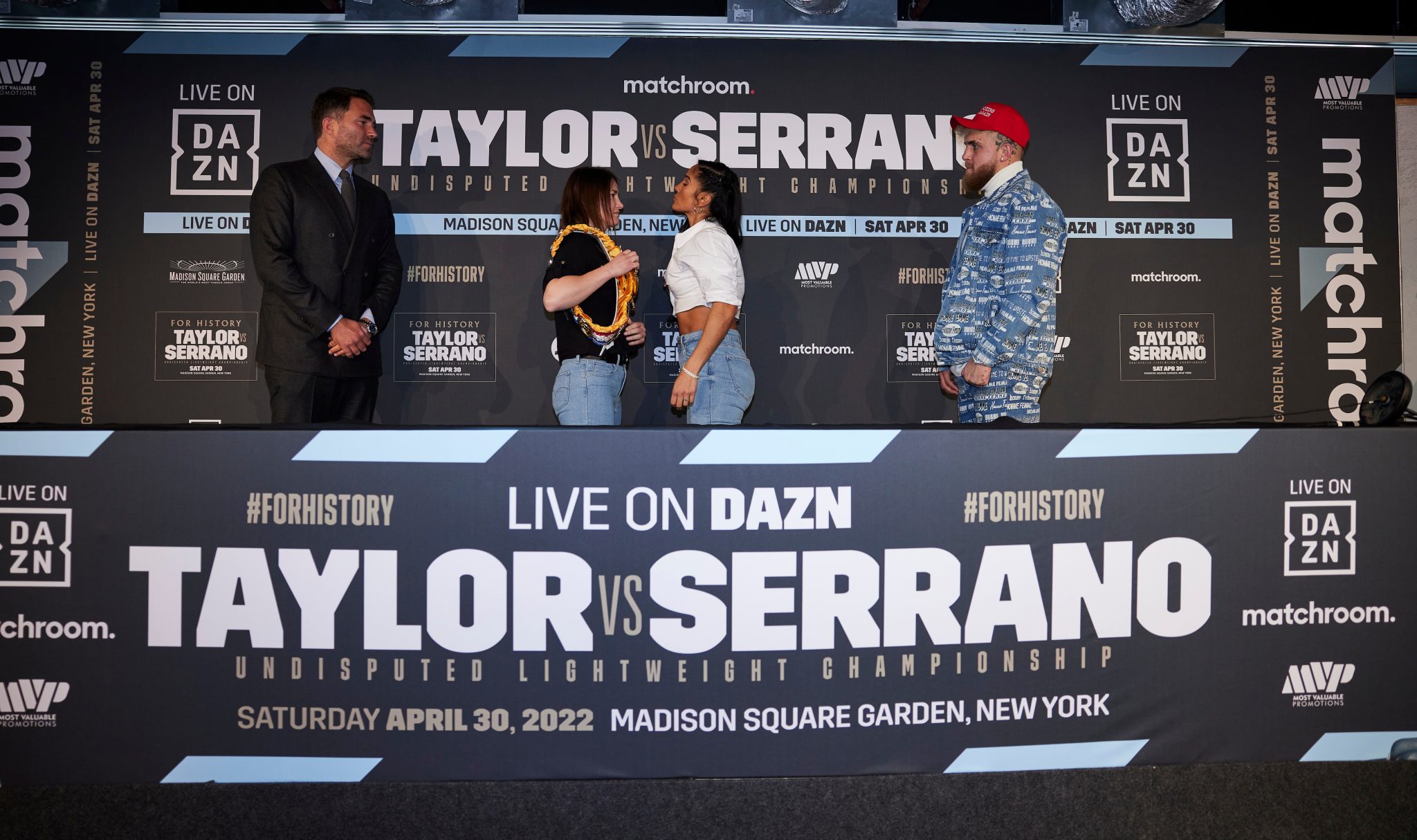 'We are making history' - Amanda Serrano

Serrano, 33, said she and her opponent are making history with the fight. The boxer from Puerto Rico has a record of 42 wins, one defeat and one draw in 44 fights.

"We are making history. I want to continue to open doors for the next generation entering the sport."

Women's boxing is currently contested over 10 rounds with 2 minutes per round. Serrano wants equality within the ruleset.

"If Katie Taylor is willing, I'm ready and able to make this an equal fight, 12 rounds, three minutes." 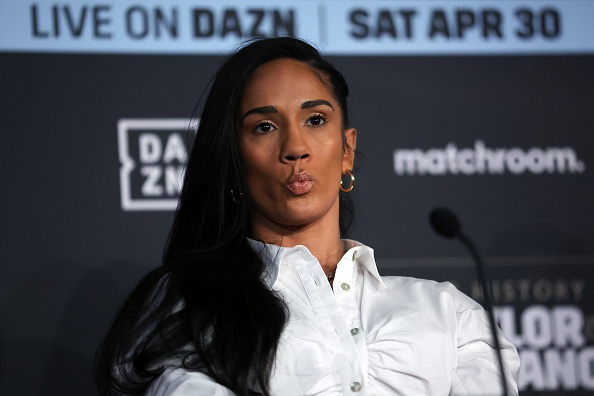 Taylor has a professional boxing record of 20-0-0. The 35-year-old Wicklow native did not seem pushed to change the ruleset to the men's for this upcoming fight versus Serrano.

"I don't really feel like that will make much of a difference, the event is already iconic the way it is. The fact that the pre-sales are the second-best in history says it all really. This fight is more important than we even realise."

"The winner of this fight is gonna be the best pound-for-pound female fighter in the world."

While Serrano and Taylor did their part to tee-up their April bout, it was Paul that spoke with real focus and passion on fair pay for all boxers, and doing all he can to increase the spotlight on female fighters. 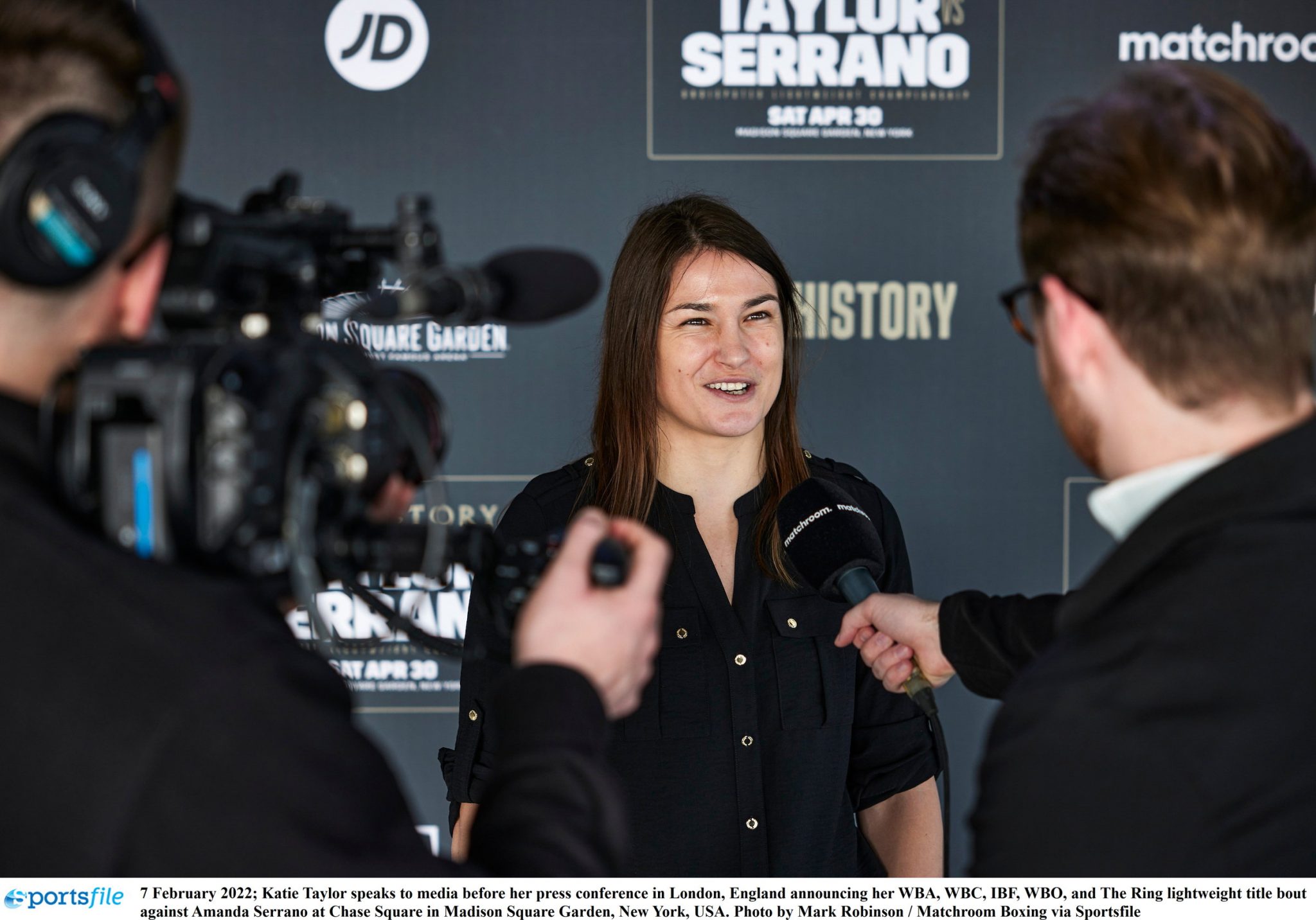 Meanwhile, Paul, who has a record of five wins in five professional bouts, has brought Serrano on his boxing journey with him as she fought on his last two cards. He called for equal pay for women boxers at Monday's press conference.

"I can help for sure but it's all credit to the women. I'm just here to help in any way that I can as a friend and somebody who cares about Amanda Serrano." he said.

"The list is too long. Fighter pay is another big thing across the board for both women and men. Boxers are the content creators, they are the ones getting in there and putting on the show."

"I've heard so many horror stories about fighters fighting for peanuts... they are the ones putting their bodies on the line."

This is not the first time Jake Paul has stepped forward to make a case for paying female fighters more. One thing is for sure, both Taylor and Serrano are set to smash all previous women's boxing pay records once this bout is said and done.


popular
Man United could be blocked from playing in the Champions League next season
Ireland team vs. France: Form players rewarded and a welcome return
Clive Woodward happy to 'eat humble pie' after bold comments about Ireland
French media's opinion of this Ireland team becomes clear as vital clash nears
"I should have been more mature" - O'Sullivan's injury trail a cautionary tale for Sigerson casualties
Man City expect Pep Guardiola to leave
Man United's four player transfer shortlist if Qatar takeover goes ahead
You may also like
1 week ago
Katie Taylor's rematch with Amanda Serrano 'highly unlikely' to take place at Croke Park
2 weeks ago
Anthony Joshua agrees to face American heavyweight
2 weeks ago
Chris Eubank admits that he regrets "ugly build-up" to fight with Liam Smith
2 weeks ago
Liam Smith throws uppercut from the gods to stop Chris Eubank in fourth round
2 weeks ago
Floyd Mayweather announces his first ever UK fight at the O2 Arena
2 weeks ago
Liam Smith asks Chris Eubank if he is gay in the most bizarre press conference you will ever see
Next Page