"I'll knock them both out!"

Jake Paul has said he will knock out both Conor McGregor and Dillon Danis following his knock-out victory over retired NBA star Nate Robinson.

Paul knocked Robinson to the floor twice before a third knockdown saw him declared the winner in the second round. Robinson is a three-time NBA Slam Dunk champion despite only stretching the tape to 5-foot-9.

The YouTuber turned boxer also said he is in love with the sport of boxing as he listed potential opponents he would like to face in the ring, including fellow YouTubers KSI and his brother Logan Paul.

"I'm taking this seriously, there's a long list of opponents that I want," Paul said.

"Conor McGregor, Dillon Danis, I'm gonna knock them both out. 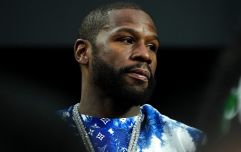 END_OF_DOCUMENT_TOKEN_TO_BE_REPLACED

McGregor has a professional boxing record of 0-1 after he lost in the 10th round of his debut fight against Floyd Mayweather Jr. 'The Notorious' has stated that he will box Manny Pacquaio in 2021. His next confirmed bout is against Dustin Poirier in the UFC, next January.

As for Dannis, that clash with Paul may be more likely:

END_OF_DOCUMENT_TOKEN_TO_BE_REPLACED

Paul was fighting on the undercard of an event at the Staples Center in Los Angeles that was headlined by an exhibition bout between Roy Jones Jr. and Mike Tyson.

Tyson looked the better boxer, on the night, but the bout ended in a draw. The most memorable moment of the encounter was delivered by colour commentator Snopp Dogg, who described the fight as like watching 'two of my uncles fighting at a barbecue'.