He's a looker to be fair.

Irishman Paddy Donovan continued his undefeated streak to 7-0 on Friday night when he knocked out Argentina’s Jose Luis Castillo, in the first minute of their bout.

The tricky southpaw has a powerful punch, and is trained by legendary boxer Andy Lee, who once held the WBO world title belt.

END_OF_DOCUMENT_TOKEN_TO_BE_REPLACED

Apart from his obvious boxing ability and power, the Limerick native also has another string to his bow, in the fact that he is, quite frankly, incredibly good looking.

Top Rank promotor Bob Arum has seen everything there is to see in boxing, promoting the sport for over half a century, he has been involved with some of the biggest names and biggest fights in history. 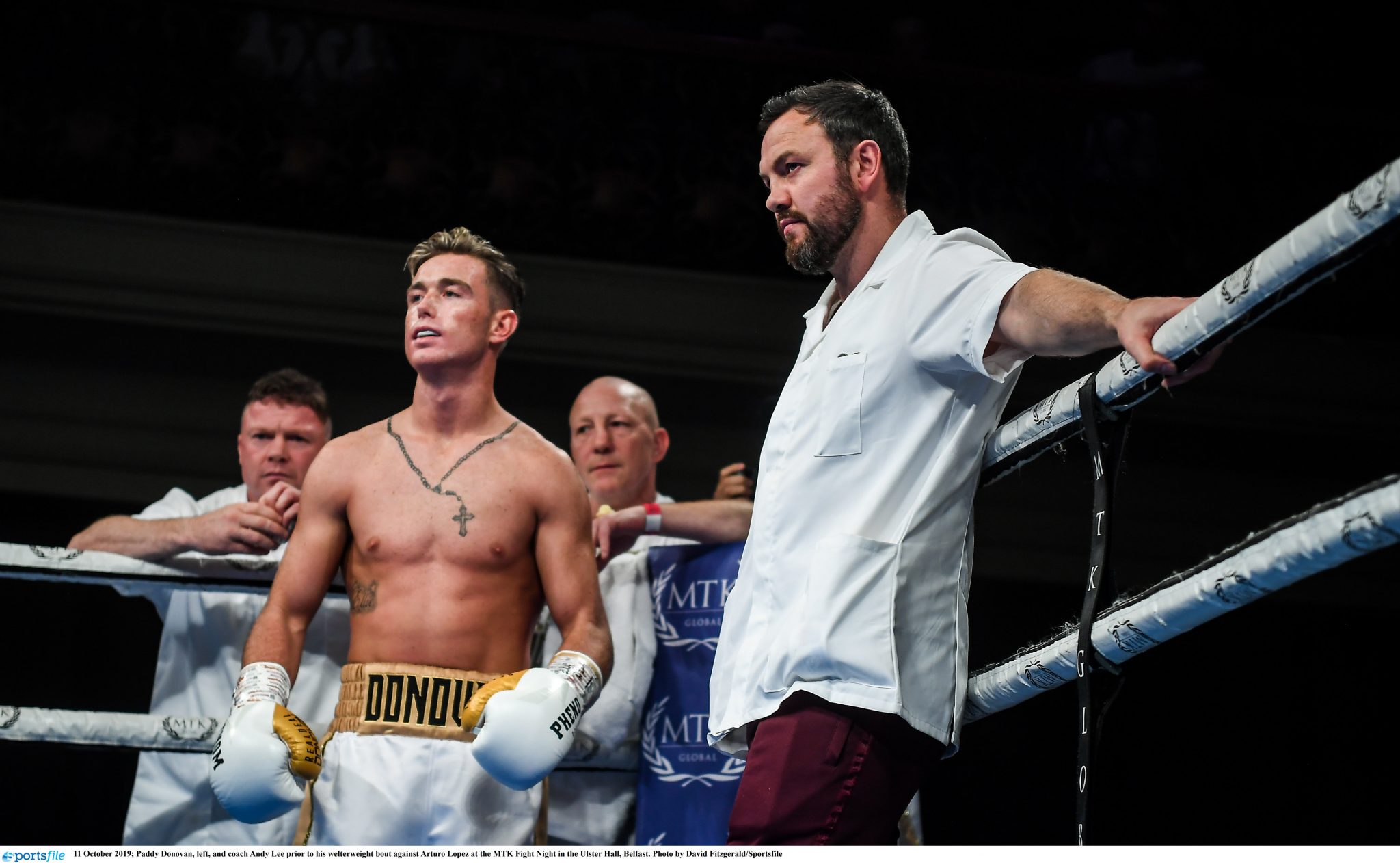 The biggest name of all of course, being Muhammad Ali, who is commonly referred to as "The Greatest."

Ali had everything - the speed, the charisma, but also the looks, claiming on more than one occasion that he was the "prettiest" fighter alive.

Arum was obviously in agreement with this - that was until he started working with young Donovan.

"He is the best looking fighter since Muhammad Ali." 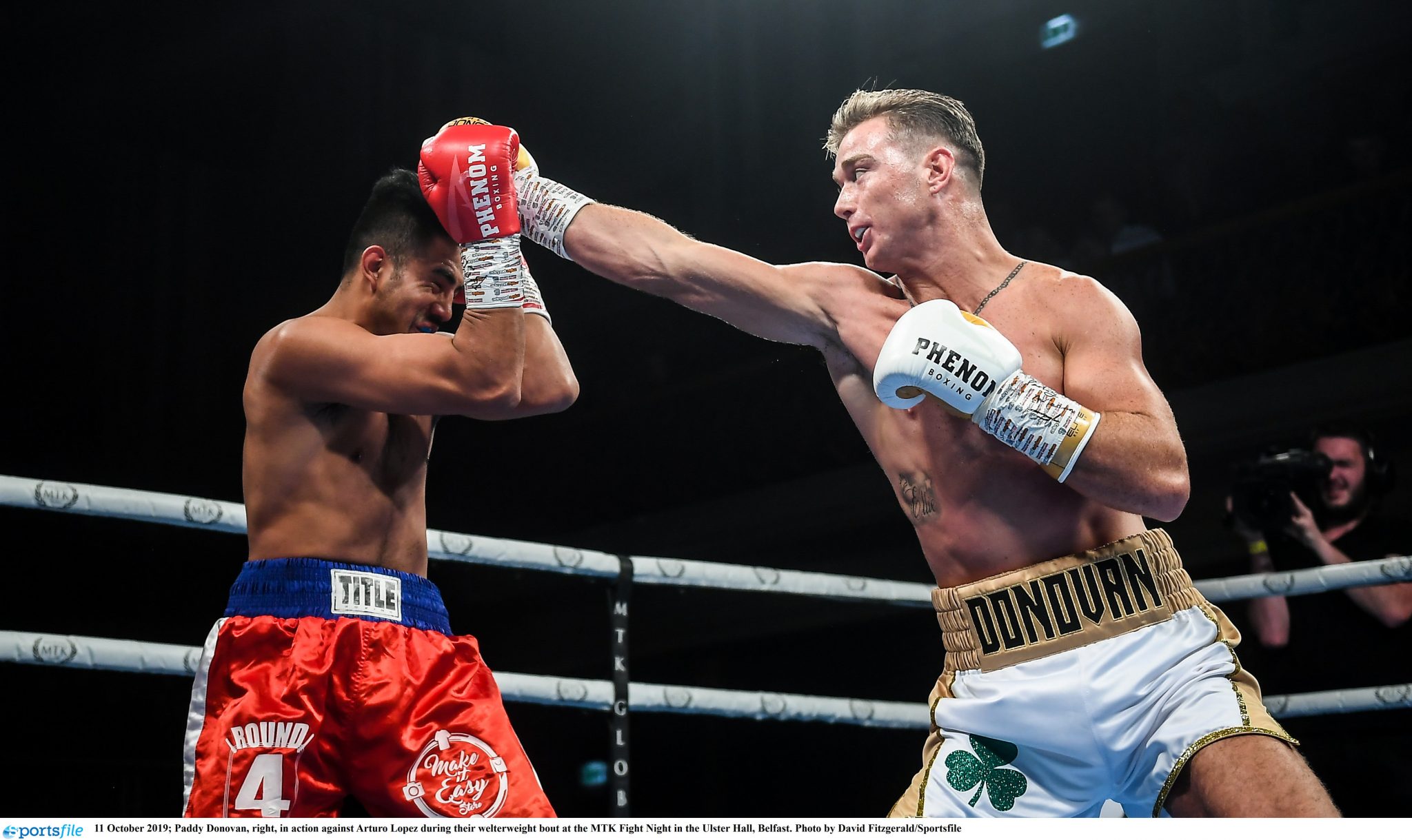 END_OF_DOCUMENT_TOKEN_TO_BE_REPLACED

Not exactly a bad tag to have for yourself, especially when you consider who is saying it.

Of course, being good looking isn't enough to win you fights, and Donovan fully understands that, working relentlessly in the gym to keep his career progressing.

He has even been involved with some of Tyson Fury's training camps, and working alongside the WBC heavyweight champion has only made him even hungrier for success.


popular
Shane Lowry had no problem setting reporters straight at Ryder Cup briefing
Rob Kearney taught a classic GAA lesson when he tried to have the craic in second game back
The scenes in Newbridge as the biggest hit and hope ever knocks Moorefield out
When Liam Brady lit into Brian Clough for his dismissive Mick McCarthy comments
Kieran McGeary on his relationship with Mickey Harte and his role in Tyrone's success this year
How one text message a teammate sent Kieran McGeary proves that Tyrone's success was a team effort
"I just knew that Karen was going to be there with us... I absolutely adored her" - Maeve Kelly
You may also like
2 weeks ago
Katie Taylor called out for next fight during her victory over Jennifer Han
2 weeks ago
Katie Taylor puts on masterclass to win 13th world title defence in style
2 weeks ago
"She is beatable" - Jennifer Han confident she can upset the odds and defeat Katie Taylor
2 weeks ago
"The atmosphere's going to be electric" - Katie Taylor is excited to fight in her favourite football team's city
2 weeks ago
Josh Warrington vows not to make the same mistake again as he seeks revenge against Mauricio Lara
3 weeks ago
Manny Pacquiao struggles to open his eyes after brutal boxing defeat
Next Page