"I cannot wait to smash Anthony Joshua on the biggest stage of all time" - Finally, the fight news we have all been waiting on

"Announcements, huge news, breaking," and all of the other sensationalist lingo used in boxing to declare basically no news at all, has been grossly overused recently.

Tyson Fury v Anthony Joshua has been nothing short of a painful saga. We have went from "the fight is close" to "it's off the table" and then disputes about contracts, location, who walks first, mandatories, promoters, purses, rematch clauses and pretty much everything and anything in between.

There have been announcements to announce that announcements are coming and the two fighters have been calling each other out since 2016. Fury was on top and then disappeared off the scene with mental health and personal issues, allowing Joshua his chance to collect belts and rise to the top.

END_OF_DOCUMENT_TOKEN_TO_BE_REPLACED

However, Andy Ruiz Jr shocked the world when he stopped the Adonis that is Joshua, despite not exactly looking how one would expect a top athlete to look. Meanwhile, Fury was on the rise and after coming back from the brink to secure a draw against the feared Deontay Wilder, he beat him in the rematch to secure his status as world champion once more. 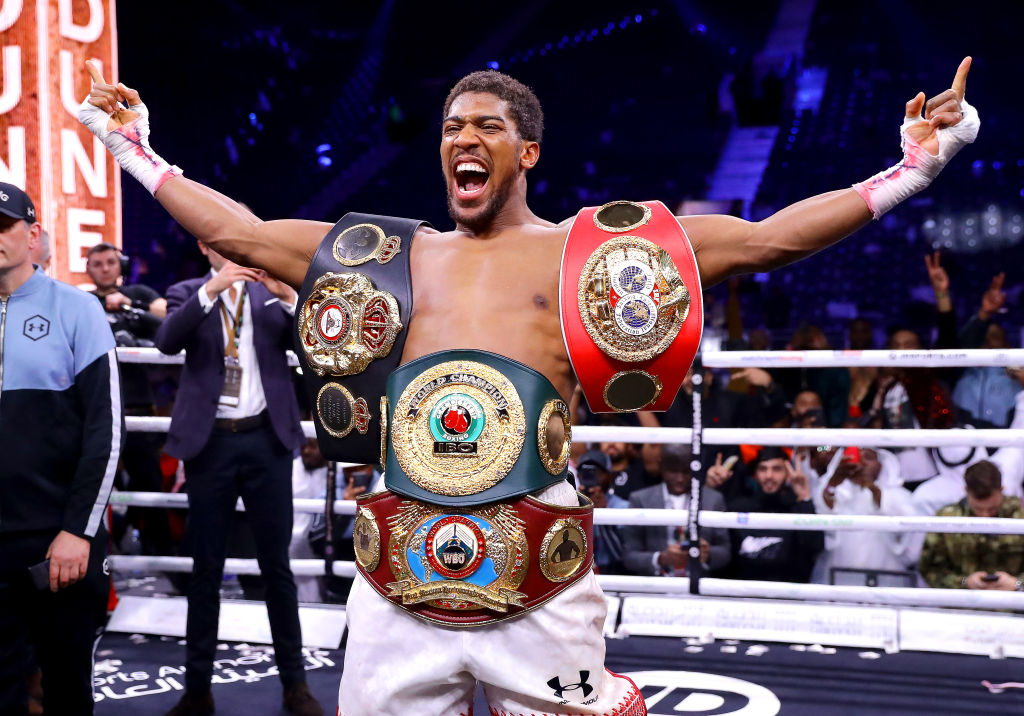 Joshua got revenge against Ruiz and now both are perched perfectly at the top of the mountain, but there's only room for one. The time has finally come to find out who will become the undisputed heavyweight champion of the world.

"I got some massive news for you all," Fury said on his social media. "I just got off the phone to Prince Khalid of Saudi Arabia and he told me this fight is 100 per cent on, August 14.

“All eyes of the world will be on the Kingdom of Saudi Arabia. I cannot wait, I repeat, cannot wait to smash Anthony Joshua on the biggest stage of all time.

“This is going to be the biggest sporting event ever to grace the planet Earth. Do not miss it.”

You heard the man - August 14th is officially the date with destiny, do not miss it.


popular
"I remember just hugging this Irish guy" - How one Kiwi rugby star reacted to Ireland's historic series win
Mario Balotelli, Luis Suarez, Fernando Torres and why Rio Ferdinand "hated them"
"I don’t trust you" - Joey Barton delivers brutal dismissal of Irish defender
Down county football is in tatters, but Conor Laverty is the man to piece it back together
"I'll ask for everyone that comes to the game to wear purple and roots for us" - Pat Fitzgerald
Gatecrashed interviews and chip-shop previews - Wexford GAA's online coverage sets the standard
Javier Hernandez offers to play for Manchester United for free
You may also like
4 weeks ago
Conor McGregor dismisses talk of Jake Paul fight with brutal dig at YouTuber
1 month ago
Anthony Joshua says he will be a "boxing legend" if he wins Usyk rematch
1 month ago
Tyson Fury says he's planning on fighting Mike Tyson or The Rock
1 month ago
Tyson Fury rubbishes reports he's set to come out of retirement
2 months ago
Anthony Joshua tells students he would 'crack their jaw' after Tyson Fury taunt
2 months ago
Katie Taylor calls Lisa O'Rourke to congratulate her on World Championships win
Next Page