'My fiancée was working two jobs just so I could box'

That's the question IBF Inter-Continental Super Featherweight champion Jono Carroll asked his fiancée while trying to remember just how many wins he's racked up in the last four years.

Carroll and his partner Gemma Baggett moved to Marbella last year after previously spending time in both Australia and Dunshauglin, Co. Meath.

END_OF_DOCUMENT_TOKEN_TO_BE_REPLACED

The 26-year-old was developing rapidly as a boxer under Paschal Collins at the Celtic Warriors Gym in Corduff but he was not fighting as often as he would have liked.

He was winning fights but the bouts weren't as frequent as he would have hoped, and with a baby on the way and a side job cutting down trees draining his energy, he needed a change.

"I was in the gym with Paschal and Eddie Hearn was saying he'd give me four fights a year and I was getting one fight," said Carroll.

"It was really bad. I wasn't getting looked after and I was turning up to fights on two weeks notice. When the missus was pregnant I made a conscious decision that this wasn't enough so I started working.

"I was just thinking I can't put my all into boxing if I'm working. I was pulling trees and cutting trees down and I was exhausted coming to the gym every single day. That was just one session, that was without a fight. I thought 'I won't be able to do this if I'm training and then I have a baby to go home to everyday'. 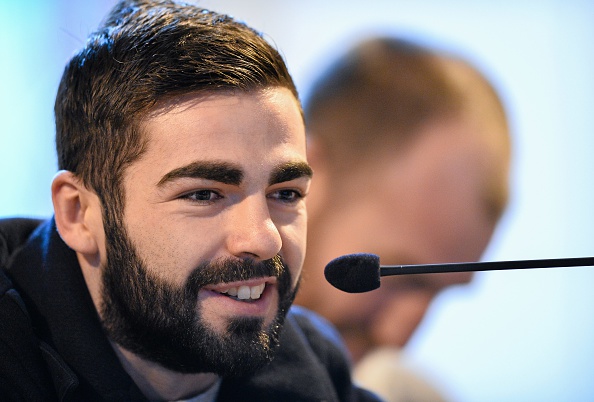 "I was getting home at 7:30pm and leaving at 6am in the morning. I wasn't going to have anytime to spend with the baby. It wasn't right so I said 'I'm not doing this'. 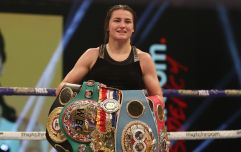 END_OF_DOCUMENT_TOKEN_TO_BE_REPLACED

"I got in contact with MTK Global and they were interested in signing me after the first fight with Declan Geraghty so I just got onto them and I had a little chat.

"They said come over and see how you like it over here. I had a fight before I came over, so that put money in my pocket straight away, but Paschal wouldn't coach me when I told him I was leaving the corner. He said 'no problem, there's your gloves'."

Collins said that Carroll was a pleasure to work with and that he was a fighter that was born to box. He does not begrudge him and had no problem with him leaving the gym and pursuing a full-time career in boxing.

MTK, the provider of that opportunity, has received a lot of criticism for their past links to co-founder Daniel Kinahan, who has since distanced himself from the promotion, but Carroll, like many within Irish boxing, saw the Matthew Macklin headed operation as an avenue for further success and world titles.

The Dubliner was a late starter in the sport but he has goals of winning world titles and hopes to compete for one of the major belts sometime next year. 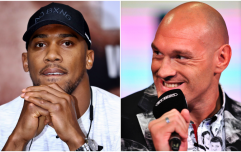 END_OF_DOCUMENT_TOKEN_TO_BE_REPLACED

He currently resides in Marbella with his fiancee and young daughter Fiadh. He's able to live comfortably and trains at the MTK Marbella gym where he flies training partners over for sparring and it's a noticeable improvement from when he first started in his career when his partner was working just to facilitate his boxing.

"I lived in Australia for two years and there was times where Gemma was working two jobs just so I could box," added Carroll.

"It was hard for her. It's great that I'm able to come up here and set up a new life for us over here. There's no more worries or anything like that.

"When I first signed for MTK they said that they could get me a title fight within three fights and I just went for it. I came home to Gemma and I said 'listen we're moving to Spain'.

"When I told her she was shocked. She was working and we were both set up in Ireland but I just came home one day and said 'we're moving' and she said 'okay'.

The build up im happy and always smiling.
when i get to the ring im happy and feel at home.
when im in a war i go cold and nothing can stop me.
i almost feel unhuman.
i never once felt pain while in a fight pic.twitter.com/6ss6do9uEW

"She always puts her trust in me and anywhere I go, she goes. It wasn't even an argument, we were both more than happy to go.

"Everything is paying off now. All the sacrifices that we made, leaving the family and leaving everything, it's paying off now and it's great to see.

Baggett immediately scaled the ring following Carroll's recent win over Declan Geraghty in Belfast and jumped into the ropes to congratulate him.

He left his job, his family and his friends in Ireland but he found a new coach in Albert Ayrapetyan, a new gym in Marbella and a new life for him and his young family.

The road to a world title is paved with challenges but Carroll has found happiness along the way. In a sport built on blood, sweat and tears, that's easier said than done.