All of a sudden, Gary 'Spike' O'Sullivan is being linked with fights against two of the biggest boxers on the planet.

Just one week ago, Gary O'Sullivan revealed that he was set to fight Canelo Alvarez.

The new WBO Inter-Continental middleweight champion is scheduled to fight in Las Vegas on May 4. This is, of course, one day before the highly-anticipated rematch between Canelo and Gennady Golovkin. According to O'Sullivan,  regardless of the result of Canelo-GGG II, he would be fighting the Mexican next. That fight was expected to go down on 16 September, Mexican Independence Day.

Remarkably, he may be fighting the other half of boxing's biggest fight of 2018.

The rematch scheduled for May 5 has been put on hold because Canelo has failed two separate pre-fight drugs tests. He tested positive on February 17 and 20 for the banned substance clenbuterol, which his team have attributed to tainted meat that is rampant in his home country.

The 27-year-old was provisionally suspended by the Nevada Athletic Commission (NAC) last week. He will present evidence on April 10 to try to clear his name, but the fight will remain on hold until then.

Interestingly, Golovkin doesn't want to wait. The Kazakh is dead set on fighting on May 5, regardless of the opponent stood across the ring from him. O'Sullivan, who is already training to fight n the same city that weekend, is being tipped as a possible replacement for Canelo.

The incentives for Spike are clear. It would be the biggest fight and the most lucrative payday of his career. On top of that, the WBC, WBA and IBF World middleweight titles would be on the line. 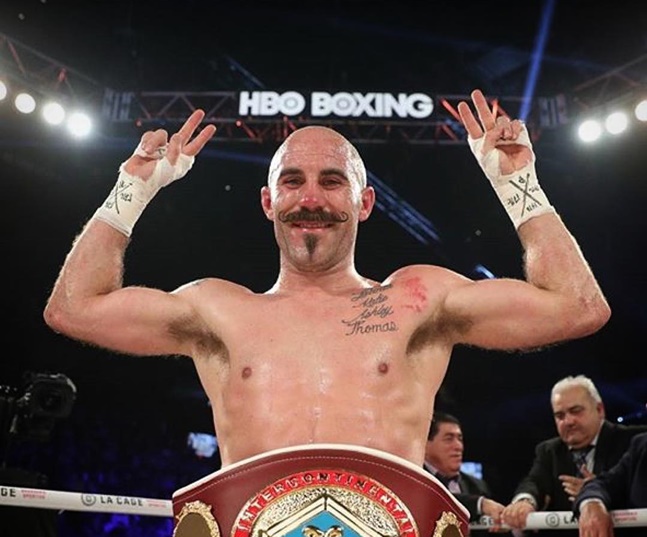 The odds of the NAC upholding Canelo's suspension seem pretty slim. His excuse scans. Whether he has the requisite evidence to back it up or not is another question.

Multiple UFC fighters, including Mexico natives Brandon Moreno and Augusto Montaño, have been cleared of sanctions by USADA after they were found to have slight traces of clenbuterol in their systems consistent with contaminated meat.

Plus, with so much money on the line, it just doesn't seem likely that this fight will fall through. That being said, stranger things have happened.


popular
Mario Balotelli, Luis Suarez, Fernando Torres and why Rio Ferdinand "hated them"
"I don’t trust you" - Joey Barton delivers brutal dismissal of Irish defender
"I remember just hugging this Irish guy" - How one Kiwi rugby star reacted to Ireland's historic series win
Gatecrashed interviews and chip-shop previews - Wexford GAA's online coverage sets the standard
"I'll ask for everyone that comes to the game to wear purple and roots for us" - Pat Fitzgerald
Quiz: Name the top goalscorer from every Premier League season
Former manager Paudie Murray doesn't spare Cork after camogie final loss
You may also like
3 years ago
Gennady Golovkin storms away from post-fight interview after controversial Canelo loss
4 years ago
Canelo Alvarez rematch with Gennady Golovkin confirmed, and his split of the purse is much bigger
4 years ago
Gennady Golovkin overcomes 'Canelo' frustrations to batter Vanes Martirosyan
4 years ago
How the Gennady Golovkin fight fell apart for Gary 'Spike' O'Sullivan
4 years ago
Why everyone's giving out about new Gennady Golovkin fight
4 years ago
Gary 'Spike' O'Sullivan close to finalising Golovkin fight as date and venue are set
Next Page