Sean Turner, a heavyweight who has since turned his trade to bare knuckle fighting, posted the comment on Facebook, claiming that he "honestly hates Chris Eubank", before sharing his despicable hopes for boxer to get seriously hurt.

To make matters even worse, Billy Joe Saunders, a former opponent of the Englishman, liked the comment on social media. 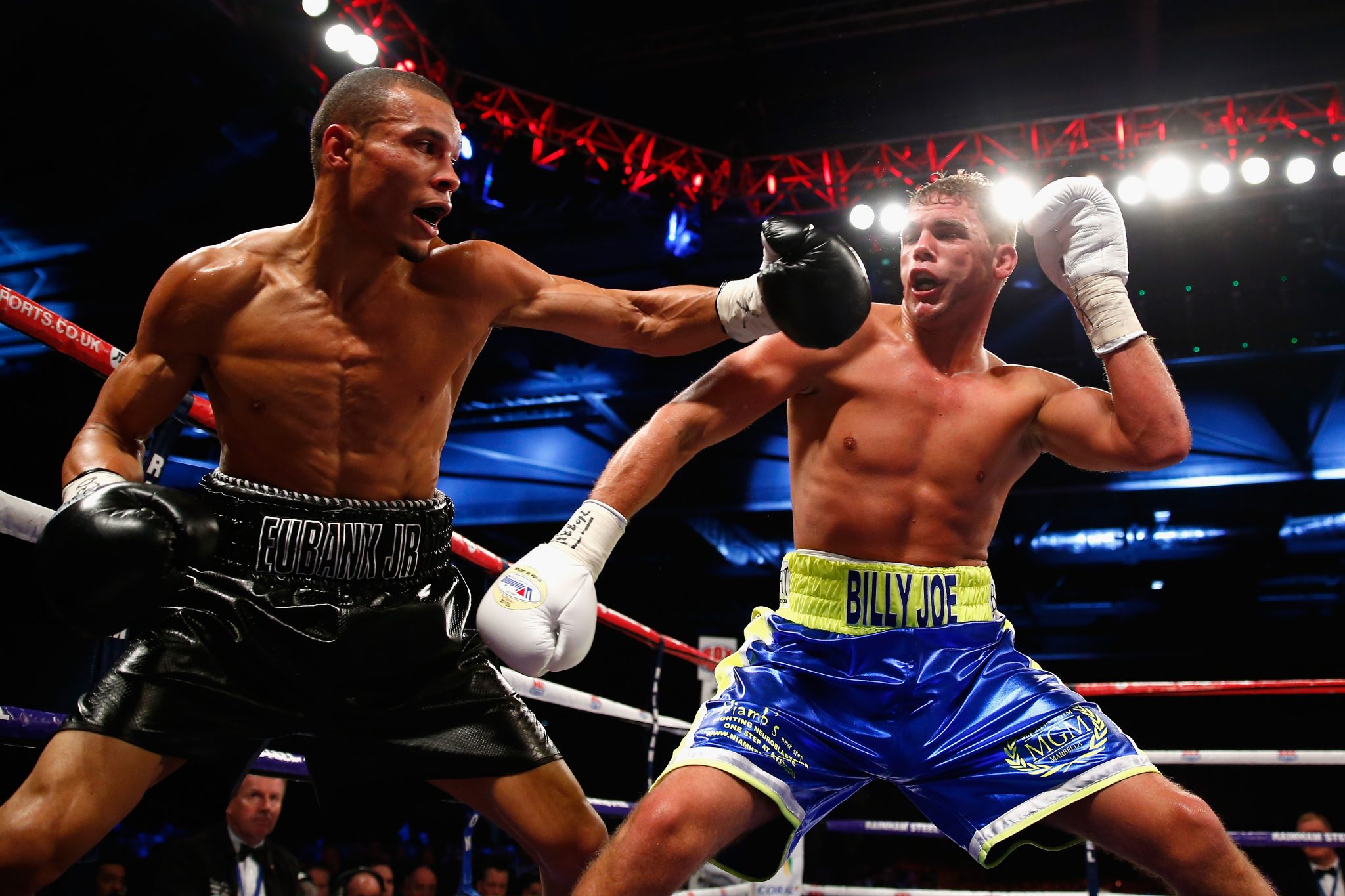 END_OF_DOCUMENT_TOKEN_TO_BE_REPLACED

Saunders hasn't fought since quitting on his stool against Canelo following a devastating blow that resulted in a broken orbital bone in his eye.

The former WBO champion has been very candid and open about his dislike for his former foe, and made the prediction that Conor Benn would win in this Saturday's grudge match.

“If I had to have a bet on it, people may say I’m biased, but I would go with Conor Benn, because he’s not rolling around with KFC bargain buckets. 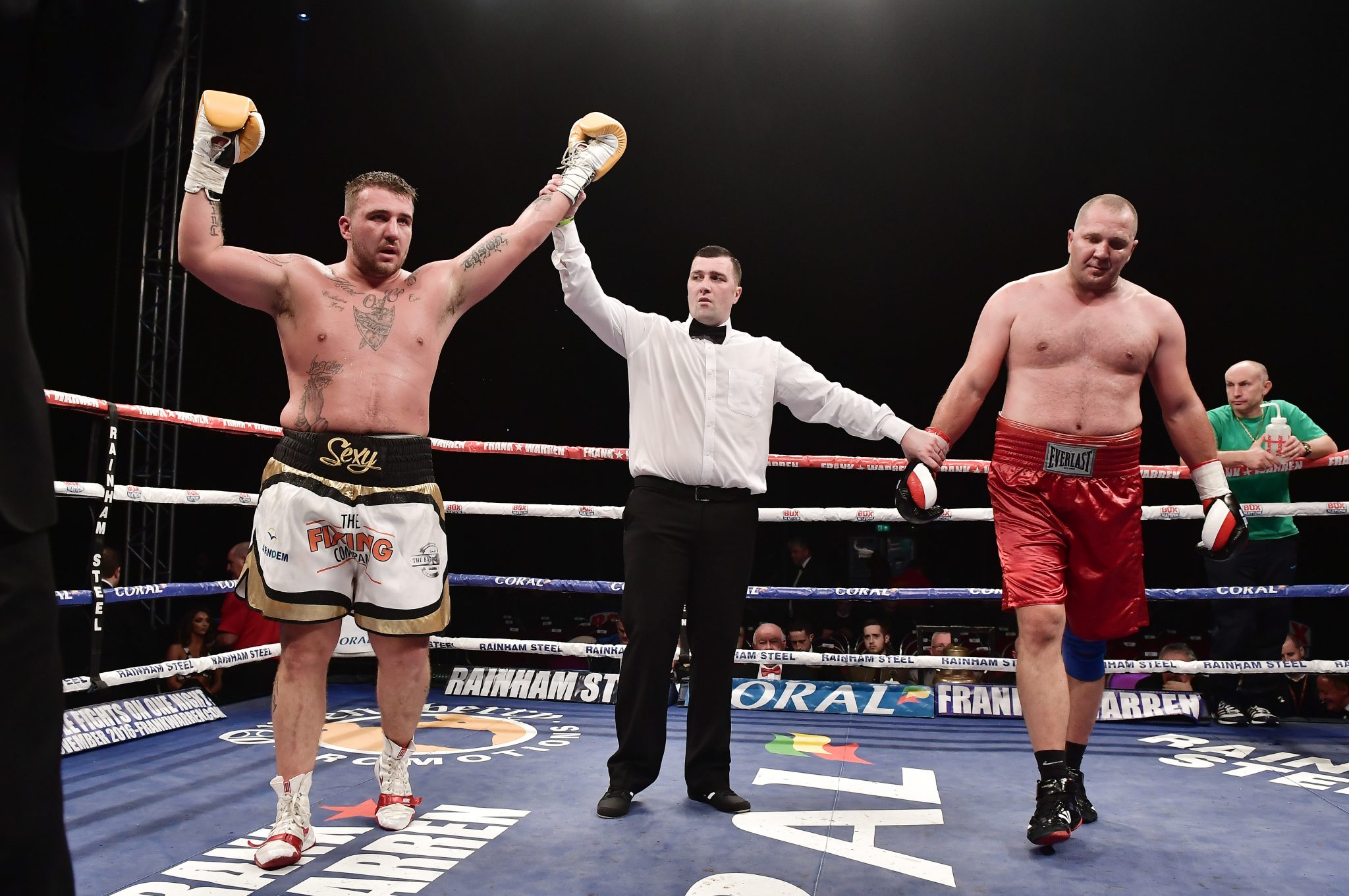 Sean Turner being declared as winner of his fight.

END_OF_DOCUMENT_TOKEN_TO_BE_REPLACED

“He’s in the gym working like a demon and I feel that he’s getting overlooked a little bit.”

Of course the entire fight has been thrown into doubt following a failed drugs test from Benn, and the British Boxing Board of Control have officially prohibited the fight from happening.

The Dark Destroyer has since came out, claiming that he is a "clean fighter" and that as far as he's concerned "the fight is going ahead." 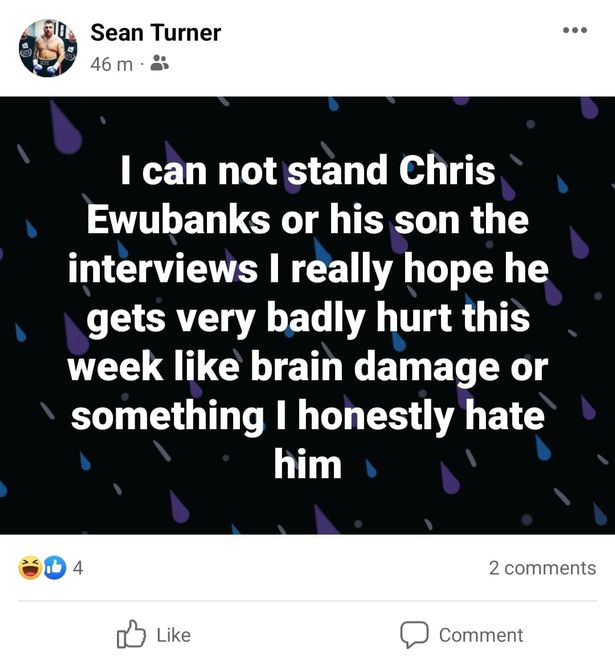 END_OF_DOCUMENT_TOKEN_TO_BE_REPLACED

Regardless of this, Turner's comments have no place in boxing, a sport where such horrible tragedies can potentially take place.

Eubank Jr and his father, have both been involved in fights where there opponents suffered severe brain injuries following their bouts.

Michael Watson received life changing injuries from his clash with Senior in 1991, while Nick Blackwell's boxing career came to a premature end after his fight with Junior.

These sort of injuries never come from a place of intent, so Turner's comments have darkened a fight that is already shrouded in ill-fate and uncertainty.