Stealing might be a bit too strong a word considering the ongoing fall-out from his sour departure, but the USA boxing team have released a glowing statement all about Billy Walsh and what exactly he will be up to now that's he's away from the IABA and the Irish boxing scene.

The long serving head of the High Performance Unit was at the Olympic boxing trials in Memphis, and today the USA Boxing team have issued a statement confirming that Walsh will take up his new role in a couple of weeks.

As suspected Walsh has been named team coach for the Women's National boxing team, and the Irishman is quoted as being very pleased with his new job

"It is a huge honour for me as a coach to receive the opportunity to work with such an iconic boxing nation as the United States. It was with great pride that I was part of building the successful Irish program over the past several years and I hope to do the same with USA Boxing." 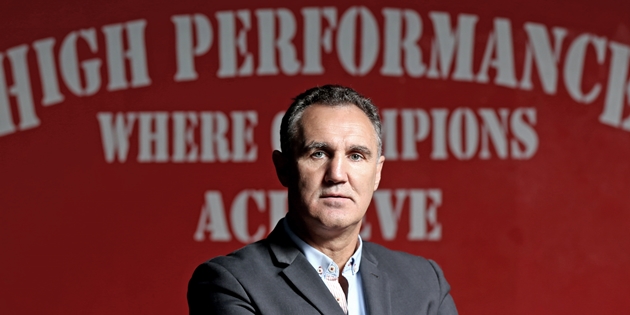 Walsh was the head of Ireland's High performance Unit for 12 years but left Ireland last week after a much publicised failure to reach agreement with the IABA over a new contract. According to the statement Walsh will be able to appoint his own coaches in his new role.

"In his role as Women's National Team Head Coach, Walsh will work with the High Performance team to develop and execute USA Boxing's international calendar as well as overseeing the resident program at the United States Olympic Training Center. He will also work on identifying elite coaches that will assist in guiding athletes in international competitions and preparatory training camps.

The statement came in the middle of an Oireachtas Joint Committee on Transport and Communications hearing into the entire background that led to Walsh quitting Irish boxing, and how the affair was handled by the IABA.

The meeting today has heard claims that the cost of a €1.6 million pay package to retain the Wexford man's services was seen by the IABA as a major stumbling block.

Joe Christle, chairman of the IABA board of directors has been responding to the various allegations leveled at the board over the last two weeks, while Fergal Carruth, the chief of the IABA, stayed largely silent throughout the hearing

Fergal Carruth's name has been mentioned several times in IABA/Sport Ireland hearing in Oireachtas but he hasn't opened his mouth. Bizarre.

Over an hour and half into proceedings, Fergal Carruth finally speaks

Treacy alleging he was told by IABA at a meeting that "there was 20 coaches in Ireland who could do the job Billy does".

Kieran Mulvey also accused the IABA of having a  "dysfunctional relationship"  with Walsh, with the allegation denied by the boxing association.

The hearing is currently ongoing.

John O'Mahony calls a break after three and a half hours. Good job. Was getting worried about their bladders.


popular
World Cup 2022 Day 10: All the major action and talking points
Iran demand action by FIFA after USA team change flag on social media
Canelo Alvarez duped by fake Lionel Messi Instagram post
"I have equal love for football and hurling" - Sheehy set for two Leinster finals in two hours
World Cup 2022 Day Nine: All the major action and talking points
"I appreciate Moycullen now more than ever" - Cooke's American lifestyle from a Moycullen base
GAA JOE Team of the weekend
You may also like
7 years ago
REVEALED: The salary paid to Ireland's most successful Olympic coach
7 years ago
IABA chairman: "Billy Walsh looked me in the eye and offered his hand"
7 years ago
Report: IABA reneged on Billy Walsh pay deal that was half United States offer
7 years ago
PICTURES: Billy Walsh will soon be walking in Memphis as US boxing coach after leaving Dublin Airport this morning
7 years ago
There might be another twist to Billy Walsh's resignation as Irish Sports Council put squeeze on IABA
7 years ago
Pressure rises on amateur boxing chiefs as Sports Council and minister seek reasons for Billy Walsh exit
Next Page