"I’m not dumb, I know what people are thinking, but I am Irish"

He knows what they say, the critics tapping away on keyboards with anonymous cloaks.

Shane Ryan has read the comments on message boards by those who heard his accent and concluded – without a fair trial – that the American-born swimmer was using Ireland as a country of convenience.

If they met his parents they’d know different – his Dad is a native of Laois, his mother is from Mayo – and if they saw him spectating at his cousin’s GAA matches in Portarlington, it might change their mind.

Or maybe it wouldn’t, because the 25-year-old has learned the truth in that old saying about criticism – the only way to avoid it is to do nothing, say nothing, be nothing.

“People online will take anything they can to tear you down because they’re jealous,” he says. “I’m not dumb, I know what people are thinking but I am Irish. I just have the wrong accent.”

Ryan grew up in an Irish community in Havertown, just outside Philadelphia, and has held an Irish passport since childhood. A standout swimmer for Penn State University, he narrowly missed the US World Championship team in 2013, after which he reached out to Swim Ireland about changing his country of allegiance.

He moved to Dublin in 2015, spending 15 long, lonely months on the build-up to the Rio Olympics living in an athletes’ house on the National Sports Campus. “I went from a college of 50,000 students and a really social environment to a house that’s secluded from all life except bunnies and hares,” he says. “It was very hard, but it builds character and I know who I am because of that.”

And most importantly, he adds, “it paid off.”

Last December Ryan won Ireland’s first ever medal at the World Senior Short Course Championships, his Irish record of 22.76 in the 50-metre backstroke earning him a brilliant bronze in Hangzhou, China. This arrived on the back of his gold medal at the 2017 University Games and a bronze medal at the 2018 European Championships.

“We swim to get medals, to be at the top of the world and I’m trying to do that,” he says. “It was good to see the tricolour raised at worlds. People are getting to know who we are and I’ve seen a huge turn in mentality since I’ve been here.” 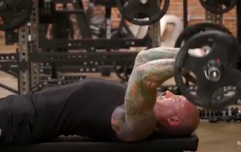 END_OF_DOCUMENT_TOKEN_TO_BE_REPLACED

At the Rio Olympics Ryan reached the semi-final in the 100m backstroke, bowing out in 14th place overall after swimming a national record of 53.85. After that he returned to Penn State to complete his degree, but in January this year he returned to Ireland, where he will base himself until the Tokyo Olympics next year. 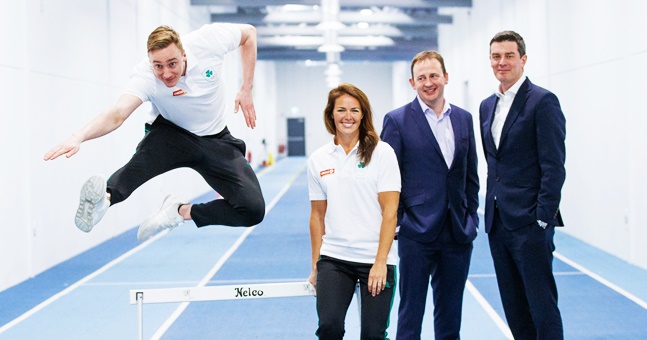 He shares a house in Tyrellstown with fellow swimmer Jordan Sloan and with his residence no longer cut off from civilisation, life is a lot more enjoyable.

“It’s a piece of cake this time,” he admits.

His training routine, however, is anything but. Ryan’s alarm goes at 6:30am each morning and he’s in the pool in Abbotstown an hour later. His first session typically takes three hours, with a two-hour session to follow in the afternoon and no shortage of dry-land sessions in the gym or on the stationary bike.

“You have to be comfortable in uncomfortable positions because when you do come to [races] your body is going to be ready for it,” he says. “My body is different now than it was three years ago and I’ve a different mindset too.”

In recent weeks Ryan booked his place at July’s World Championships in South Korea by clocking an Irish record of 53.73 in the 100m backstroke at the Irish Open. In Abbotstown that day was a horde of relatives from Laois, 16 in all, and his legion of supporters should have much more to cheer about in the coming months. 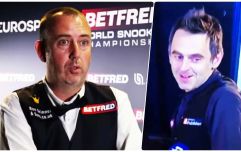 END_OF_DOCUMENT_TOKEN_TO_BE_REPLACED

Right now Ryan is preparing to pit himself against some of the world’s best at tour events in Barcelona, Cannes and Paris, to overall aim being to chisel his form to a fine peak for the World Championships in July.

“The more you get used to racing the more your body gets comfortable with that kind of pain,” he says. “I want to go there and make a statement: that Irish swimming is here.”

His primary focus for Tokyo 2020 will likely be the 100m backstroke given the 50m is not an Olympic event and, in a 53-second race, his best time is less than a second off the world’s best. As he trains his sights on this year’s World Championships and next year’s Olympics, he sees no reason not to dream of once again seeing the tricolour ascend up the flagpole.

“I’ve already been to an Olympics, and now we’re going there to get medals,” he says. “The way I’ve been training and dropping times in practice I’m really, really confident about what I can do in the future.”

Circle K has announced its support of Team Ireland in a new agreement that will see the company become the Official Fuel and Convenience Partner to the Irish Olympic Team in their qualification journey and participation in the Tokyo 2020 Olympic Games.

popular
The SportsJOE 12 o'clock quiz | Day 145
Leinster star Hugo Keenan has beaten Beauden Barrett's 'Bronco' time
300/1 winner makes history at Leopardstown
"No doubt he'll say he played shit like he normally does, but I thought it was a good game."
The SportsJOE 12 o'clock quiz | Day 144
QUIZ: Beat the clock to name the Premier League assist kings
Joe Rogan reveals he could be parting ways with the UFC
You may also like
5 months ago
Willie O'Connor ready to light up 3Arena on mouth-watering night of darts
6 months ago
Inside Shane Ross' diary: the wrong man in the wrong job
7 months ago
Compulsory headgear in rugby? SportsJOE at the BT Young Scientist
7 months ago
Peter Wright nails the doubles to banish the Van Gerwen hurt
7 months ago
Work-out at home this Christmas with these five easy exercises
7 months ago
Christmas time is Ally Pally time
Next Page