Sarsfields emerge on top in the battle of the McGraths

A strong representation of McGraths contributed heavily to both sides but it was the Sarsfields contingent that was celebrating at Ray Kelly’s final whistle, the AIB All-Ireland senior club camogie champions booking a place in the delayed 2020/2021 decider at Nowlan Park next Saturday by virtue of a 0-11 to 0-4 triumph over Drom & Inch in Edenderry.

Siobhán McGrath excelled both from placed balls and play, contributing seven of the winners’ tally. Sister Orlaith was the provider on a couple of occasions and also weighed in with a brace while another sibling, Niamh played a captain’s part despite a niggling hamstring injury, getting on a mountain of ball and converting a long-distance free for good measure.

END_OF_DOCUMENT_TOKEN_TO_BE_REPLACED

Their father, Michael ‘Hopper’ McGrath made a number of substitutions in the last quarter as Sarsfields exerted their control and one of his subs, Rachel Murray illustrated the depth in the squad with a fantastic score off the stick after a pacy solo run.

It was a disappointing ending for Drom & Inch after some early promise, as they trailed by just a point at half-time, 0-3 to 0-2, having gone toe-to-toe with the titleholders. 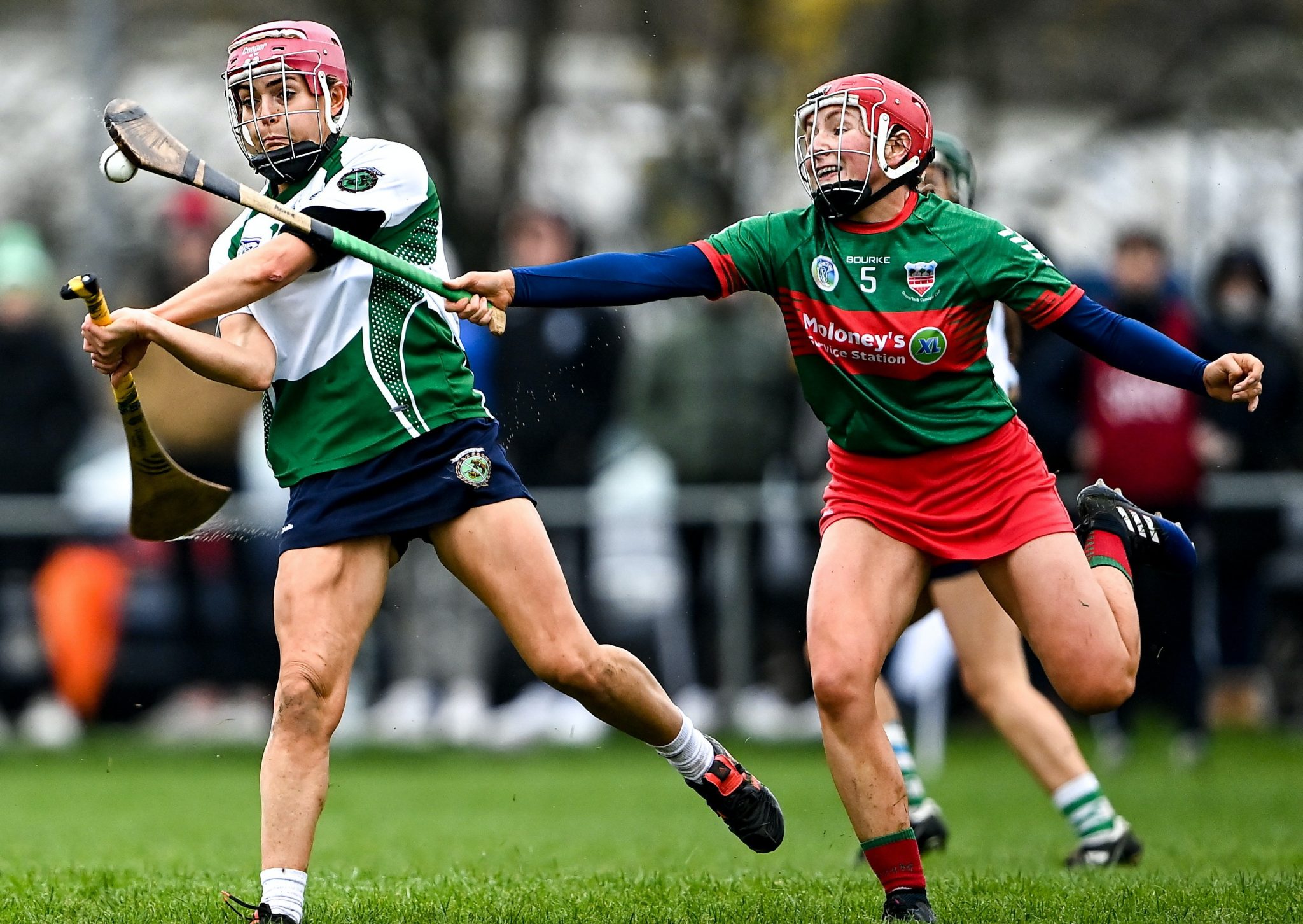 END_OF_DOCUMENT_TOKEN_TO_BE_REPLACED

Eimear levelled almost immediately after the resumption from a 45 but by the time she split the posts next, it was almost the last act of the game and Sarsfields had disappeared into the horizon.

The heavy rain played a significant part in the low scoring of the first half but credit should go to the defences too. Mairead Eviston in particular did a good job for Drom/Inch but as the game wore on, Maria Cooney, Laura Ward and Tara Cooney became dominant for the Galway crew.

There was only one goal chance in the game and that arrived after 12 minutes, when Siobhán McGrath’s penalty was saved brilliantly by Caoimhe Bourke. It was about the only thing the apex predator got wrong for the rest of the affair, really opening up along with her sisters in the second half.

She raised white flags either side of a point from Orlaith in response to the Drom/Inch equalisier to make it 6-3 at the water break, the ploy of moving further out to supplement the battle for possession while also providing more space for the elite forwards paying dividends.

END_OF_DOCUMENT_TOKEN_TO_BE_REPLACED

As the rain abated, the wind picked up and if anything, favoured Sarsfields, when Drom/Inch needed all the help they could get. Five more points from the McGraths - Siobhán (two), Orlaith and Niamh - and Murray’s exquisite contribution from the bench removed all doubt.

Sarsfields can now put their feet up as they await the winners of tomorrow’s semi-final between old rivals Slaughtneil (Derry) and Oulart-The Ballagh.


popular
Mario Balotelli, Luis Suarez, Fernando Torres and why Rio Ferdinand "hated them"
"I don’t trust you" - Joey Barton delivers brutal dismissal of Irish defender
"I remember just hugging this Irish guy" - How one Kiwi rugby star reacted to Ireland's historic series win
Down county football is in tatters, but Conor Laverty is the man to piece it back together
Javier Hernandez offers to play for Manchester United for free
Gatecrashed interviews and chip-shop previews - Wexford GAA's online coverage sets the standard
"I'll ask for everyone that comes to the game to wear purple and roots for us" - Pat Fitzgerald
You may also like
1 week ago
'I was pregnant for that final and, after getting the all-clear from the doctor, I played' - Brenda McAnespie
2 weeks ago
England reach Euros final after audacious goal from Alessia Russo
2 weeks ago
Kilkenny set up All-Ireland Camogie Final with Cork after seeing off Galway
2 weeks ago
"I've always owned up to every mistake that I've made" - Ashling Thompson
2 weeks ago
Cruciate curse leaves its mark on Galway and Kilkenny for camogie semi-finals
2 weeks ago
"They were all at the funeral and were there when Tommy needed them" - Kilkenny all in it together
Next Page