"We pass each other when we leave the house and that’s about it really." - Noonan's insane commitment to London GAA

Playing Ladies football for London means sacrifice; often finishing work at 6pm, travelling an hour-and-a-half on the Tube to training, before more public transport on your own and arriving home around midnight.

Hannah Noonan has operated at adult level in London for almost two decades now and a combination of driving her own car and having a partner that understands the sacrifices involved has ensured she can keep going. 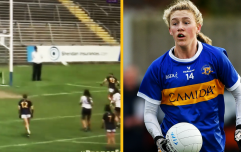 END_OF_DOCUMENT_TOKEN_TO_BE_REPLACED

It has been an amazing journey but, at 32 years of age, she shows no sign of stopping yet.

The Parnells star has also been reflecting upon a time when she knew nothing of the sport she now immerses herself in.

The success came thick and fast at the start of her career but Noonan, who even spent a season playing for Dublin in 2015, couldn’t comprehend the extent of her early achievements.

She reached an All-Ireland final at just 17, without even knowing what that big stadium on Jones’ Road actually stood for. 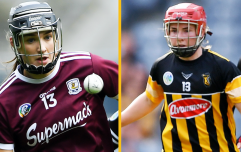 END_OF_DOCUMENT_TOKEN_TO_BE_REPLACED

“Although I was playing since I was ten, I didn’t really know what an All-Ireland was or what it meant,” said Noonan.

“I remember in 2007 being in the huddle with the girls and I was the youngest by about six years. They said the Ladies final would be in Croke Park this year. The girls were all buzzing and I had no idea what they were all excited about. 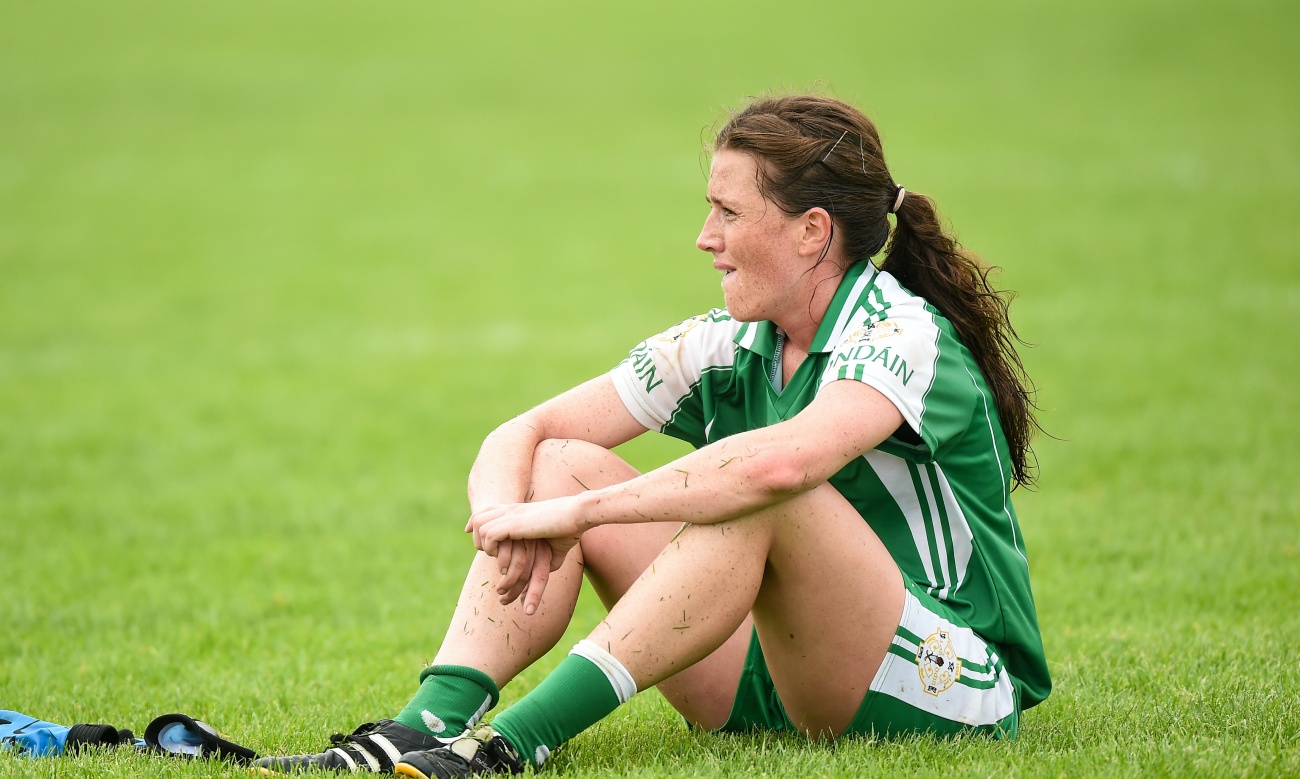 3 September 2017; Hannah Noonan of London after the TG4 Ladies Football All Ireland Junior Championship Semi-Final match between Fermanagh and London at Lannleire in Dunleer, Co Louth. Photo by Matt Browne/Sportsfile 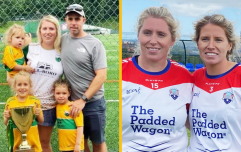 From Kilkenny to New York, playing ladies football in both

END_OF_DOCUMENT_TOKEN_TO_BE_REPLACED

“We got to the All-Ireland (Junior) final in 2007 (against Kilkenny) and it was then that I knew what an All-Ireland was. I won one in 2008 and in your head you don’t realise that you might only win one.

“I won a county All-Ireland and then we won a club All-Ireland in 2012 and we won one sevens All-Ireland with the club. But you don’t realise in all of those years after that you might only get those three All-Ireland medals in your back pocket, it’s mad.”

Noonan has no Irish roots in her immediate family, and even going back through the family tree, she finds it hard to establish an Irish heritage.

She grew up in the village of Bushey near Watford, where she played football and rugby with her two older brothers, Stephen and Andrew, her biggest influences during those early years.

And her introduction to Ladies Football came from a chance conversation her mother, Jane, had with another parent at one of Hannah’s rugby games.

“My mum was on the sideline one day and randomly she was saying how much I was into my sport and I wanted to be doing something all the time,” said Noonan.

“She just said it’s a shame because rugby and football finish and there isn’t really anything for her. They are winter sports and don’t run through the summer.

“He was Irish and he just said why don’t bring her along to Gaelic with my son. My mum was like, I don’t know what Gaelic is, but if it’s a sport and it’s in the summer I will take her to it, no problem.”

That chance meeting resulted in Noonan joining up with Parnells U-10 training and, over 20 years later, she is still with the club.

Her mother was a major help too, she went to training sessions and sat in the car for a couple of hours before driving Hannah home, and even travelled with teams to Ireland for Féiles. That took dedication and it might explain why Noonan never gave up either.

“I went up to the Ladies team when I was 14. When I was underage the girls’ setup wasn’t even going in London, the only option was to play with the boys,” said Noonan.

“I have kept it up because I love the game. The friends I have made over the years have just been incredible, girls coming and going has been really, really tough. We could lose a huge heart of the team. In one season we have gone and lost nine players and the following year you are getting new girls in and you are rebuilding and going from strength to strength.

“When I was underage, my mum used to drive me all over the place wherever I needed to go. She had to come with me when I played with London underage because I was the only girl.

“My mum was basically the reason why I was able to play and commit however many nights a week when I was younger. Now my husband plays himself, which is helpful. He understands the madness behind it and the amount of time you give up.”

Noonan’s husband is Niall McAlynn from Tyrone, who lives in London now too, but they rarely see each other due to their sporting commitments.

“At the minute we share training nights because of the kids. I will be out on Mondays and Wednesdays, he is out Tuesdays and Thursdays. I’ll have a game on Saturday and he could have a game on Sunday,” said Noonan.

“It’s a huge sacrifice, we pass each other when we leave the house and that’s about it really. “I barely see him because he has training and vice versa. But that makes it easier, then, when you are with somebody who is in a similar situation.

“Especially with the kids, if we didn’t have the kids it wouldn’t matter because you are very much independent. But we are constantly juggling leaving them and running out the door to leave the other one to go to put them to bed.

“It’s busy but it wouldn’t work if he didn’t get the demands of Gaelic. It is a huge sacrifice if you think about how much time you give up and how many hours you put in week on week.”

Noonan works part-time as a teacher now, which gives her the time to help look after sons, Kian and Harry. And she has her sights set on more silverware with London this summer, with no end in sight.

“I absolutely love it, at the minute I don’t plan on finishing up any time soon while my body still allows me,” said Noonan.

“My children are currently playing football and bits and bobs on the weekend but obviously they are too young for games or the level of commitment we are currently giving.

“I’ll give as much as I can for as long as I can and then when it’s their turn to be driven around the country, they’ll come first and if I can still squeeze my own stuff in, then I will.

“But at the minute I am in no rush to be giving it up. I still feel like my body is letting me which is the main thing.

“While my body is still working, I will keep giving it a go.”


popular
The four stone-cold certainties for All-Stars even as early as this
Kylian Mbappe reportedly wants PSG to sell Neymar
Eamon McGee just couldn't help himself with Armagh-melee tweet
"He's actually smiling putting the ball over the bar. He should nearly be fainting." - Ryall on Limerick's legacy
Anthony Joshua admits that he was 'let down by his corner' during Oleksandr Usyk bout
"The economy was one of the big reasons" - Cadogan's move from an electrician to personal training
Andy Farrell goes for Munster veterans as Ireland team to face New Zealand named
You may also like
1 month ago
Claressa Shields addresses a potential Katie Taylor super fight
1 month ago
"I hope she walks away" - Tony Bellew urges Katie Taylor to go out on top
1 month ago
"Let’s run it back in Ireland" - Jake Paul backs Katie Taylor's Croke Park dream
2 months ago
Katie Taylor reply to 'women's boxing' question is what sets her apart
2 months ago
Katie Taylor reflects on her football career playing for the Republic of Ireland
2 months ago
Katie Taylor believes that her Irish sparring partner will be "the future of women's boxing"
Next Page