An exciting time in the Kelly household.

A long way from Bohola in the heart of Mayo, sisters Niamh and Grace Kelly are heading Down Under in the new year to pursue a career in the AFLW.

Perth is the destination, West Coast Eagles are the club. The Kellys are looking forward to an opportunity that has arisen because of their brilliance on the Gaelic football field for Mayo.

Welcome to the West, Grace and Niamh!

We're thrilled to welcome the Kelly sisters from County Mayo as rookies for our inaugural AFLW side! @SFPerth #AFLW recruitment announcement: https://t.co/o7o1RPnF4t pic.twitter.com/HlceoTicNv 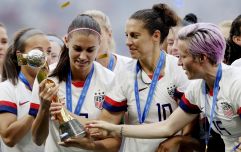 END_OF_DOCUMENT_TOKEN_TO_BE_REPLACED

Their county will miss the two sisters for the League, but the Kellys won't be leaving Mayo stuck for long with the plan to arrive back in the west of Ireland fitter and stronger for the championship.

END_OF_DOCUMENT_TOKEN_TO_BE_REPLACED

"As a child, you dream of being a professional athlete or playing at the highest level that you can," she said on the PlayXPlay podcast this week.

"But I never ever thought that AFLW would be on the cards. I didn't even know it was a sport when I was a kid."

A growing trend is that of Ireland's best ladies footballers heading to the AFLW. Cora Staunton was somewhat of a pioneer when she signed up with the Sydney Giants in 2017 but more and more are following with each year.

"We'd have the same strength and conditioning as the men at home..."@NiamhK090 talks about the great work done by @Mayo_LGFA and @MayoGAA to bring the ladies game onto a new level 👏#PlayXPlay w/ @AIGIreland #EffortIsEqual 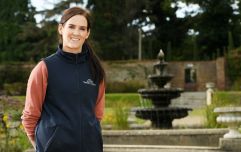 END_OF_DOCUMENT_TOKEN_TO_BE_REPLACED

"Cora was the first Irish woman to go out, then Yvonne Bonner went...It was a hard decision at the time but we were kind of thinking, we'll never get an opportunity like this again..."

"There's fifteen out at the moment but there are more going this year, like there are even five more from Mayo alone going out..."

As for the game itself, the Kellys are bracing themselves for the inconsistent bounces and the trickier kick.

"There are a lot of skills that we have to get used to. Even just kicking the ball, the bounce as well - it's so unpredictable. It doesn't just come back up to you, it could bounce anywhere. The physicality side too, it might be a bit more physical but I suppose we will get used to it.

"At the moment it's great that you can fit the two in. I know you're missing the League but you might come back in better shape and fitter and stronger then for the championship. That's something that would attract a lot of Irish people to go out..."

And her position, the club have told her that she'll be playing as the 'stalker,' which she explained in detail.

"I asked them where would I play if I was to play on an AFL team and they said 'you'd be the stalker.' Basically it's a half forward, you'd be picking up the loose ball where the forwards go up and the stalker part of it just means that I'd be marking a player who'd be going up and down..."

Team mates with your sibling, the 'stalker' position and some love for cruciate heroes.


popular
Get him a tuxedo, give him the All-Star and for crying out loud, someone bring that man out to America
Fans react to Tottenham Hotspur's 'brilliant tease' for Richarlison signing
Tiernan Kelly and three other players hit with ban following tunnel brawl
Southampton pay tribute as Shane Long leaves the club after eight years
Quiz: Name the players these famous footballers played alongside the most times
QUIZ: How well do you know Manchester United players of the 2000s?
The race to be the championship's top scorer this season is unbelievably close

You may also like
2 hours ago
Fans react to Tottenham Hotspur's 'brilliant tease' for Richarlison signing
4 hours ago
Mike Dean comes out of retirement to become Premier League VAR official
6 hours ago
Leeds and Burnley drop complaint over Everton's transfer spending after being given assurances
2 days ago
Footage emerges of Erik ten Hag reacting to Man United target Tyrell Malacia
5 days ago
QUIZ: Name every club to play in the Champions League
5 days ago
Malcolm Ebiowei 'ignored Erik ten Hag text' before signing for Crystal Palace
Next Page