WATCH: LeBron James has people losing their minds with this incredible shot

When you need someone to step up, look no further than LeBron James.

The Cleveland Cavaliers won their third game on the trot as they came out on top 140-135 in a thrilling match against the Washington Wizards.

The Cavs look set for the playoffs as they sit at the summit of the Eastern Conference. They may yet face the Wizards come April and considering the enthralling nature of their most recent meeting, fans will be eagerly awaiting another match between these two.

The moment of magic from James came in the dying seconds of normal-time. 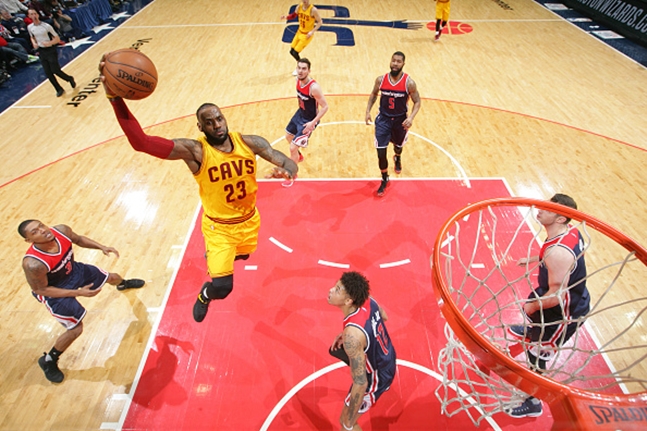 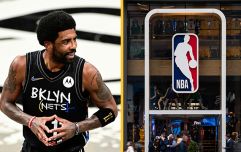 END_OF_DOCUMENT_TOKEN_TO_BE_REPLACED

The Cavs were three points down with 3.4 seconds left on the clock.

Kevin Love threw a long pass to James at the other end of the court and he quickly dispatched a three pointer to push the game into overtime with the Cavs eventually coming out on top.

James was under huge pressure, not only from the impending buzzer but he was also heavily marked when carrying out his shot.

Check it out below. 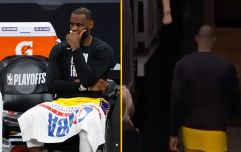 END_OF_DOCUMENT_TOKEN_TO_BE_REPLACED

In fact, it was a case of going from villain to hero, as just a few seconds earlier, James missed a simple layup which put his side under further pressure.

This match has already been labelled as 'game of the year' and fans were truly in awe of James' late intervention, with many comparing James to another man making the headlines recently...

LEBRON JAMES IS THE FREAKING GOAT 💯💯


popular
Red cards, slips, heroes, villains and last second equalisers - Derrygonnelly's extra time win over Dromore had it all
GAA club transfers that shocked the county: Jason Sherlock
Fermanagh footballer opens up about losing her mum to suicide and urges people to seek counselling
Here's all the GAA games on the tube this weekend as the provincial championship heats up
Ruesha Littlejohn gate-crashes Katie McCabe's interview after another player-of-the-match display
Jordan Larmour enjoys satisfying bit of revenge on Mack Hansen
Frank Lampard admits he 'felt terrible' over comments he made about Paul Pogba
You may also like
9 months ago
LeBron James hits back at Zlatan's 'do what you're good at' comments
10 months ago
NBA star Kyrie Irving has bought a house for George Floyd's family
1 year ago
'This is bigger than us' - LeBron and Lakers dedicate NBA title to Kobe Bryant
1 year ago
"I trusted him, we trusted him, and it just didn't go. You live with that" - LeBron James
1 year ago
"I'm an African American guy coming from a rough place and that person could be me"
1 year ago
QUIZ: Name all 22 teams remaining in the 2019/20 NBA season
Next Page