"He couldn't have been more condescending if he tried"

NBA legend Scottie Pippen has slammed former teammate Michael Jordan for the 'condescending' portrayal of him and other Chicago Bulls players in last year's docuseries 'The Last Dance'.

During their time together in the Windy City, Pippen and Jordan won six NBA titles in eight years with the Bulls, transcending the sport during a number of dominant years. 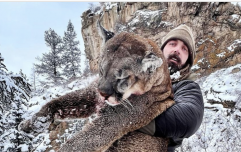 END_OF_DOCUMENT_TOKEN_TO_BE_REPLACED

The Last Dance was an extremely popular series, but Pippen has revealed his displeasure at the way he was depicted within the 10-part docuseries, stating that he 'was nothing more than a prop' and that 'MJ' simply did it to boost his ego and prove that he is 'still larger than LeBron James'.

In an excerpt from Pippen's book, titled Unguarded, that appeared on GQ, the seven-time NBA All-Star criticised Jordan for portraying himself as 'superior'.

"They glorified Michael Jordan while not giving nearly enough praise to me and my proud team-mates," the former small forward wrote.

"Michael deserved a large portion of the blame. The producers had granted him editorial control of the final product. The doc couldn't have been released otherwise. He was the leading man and the director.

END_OF_DOCUMENT_TOKEN_TO_BE_REPLACED

"Except Michael was determined to prove to the current generation of fans that he was larger-than-life during his day - and still larger than LeBron James, the player many consider his equal, if not superior.

"Even in the second episode, which focused for a while on my difficult upbringing and unlikely path to the NBA, the narrative returned to MJ and his determination to win. I was nothing more than a prop. His "best team-mate of all time", he called me.

"He couldn't have been more condescending if he tried."

Chicago Bulls legend Scottie Pippen wrote in his book "Unguarded" that he and Michael Jordan were never close friends and still aren't.

Pippen wrote that Jordan would've never became a superstar if it wasn't for him and that he was always a better teammate than MJ. 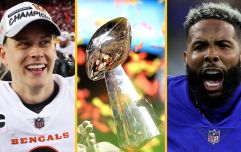 END_OF_DOCUMENT_TOKEN_TO_BE_REPLACED

The 56-year-old also condemned Jordan for presenting his teammates as a 'supporting cast' to his success.

He added: "Each episode was the same: Michael on a pedestal, his team-mates secondary, smaller, the message no different from when he referred to us back then as his 'supporting cast'.

"From one season to the next, we received little or no credit whenever we won but the bulk of the criticism when we lost. Michael could shoot six for 24 from the field, commit five turnovers, and he was still, in the minds of the adoring press and public, the Errorless Jordan.

"Now here I was, in my mid-50s, 17 years since my final game, watching us being demeaned once again. Living through it the first time was insulting enough."

Hall of famers Pippen and Jordan were both named in the NBA's 75th Anniversary Team, with the pair accumulating 2,250 appearances between them.


popular
Ireland vs Wales: All the big talking points, moments and player ratings
Conor McGregor's UFC comeback finally confirmed by Dana White
Conor McGregor offers solution to Croke Park fiasco that should suit all parties
Allianz National League Round 2: All the action and talking points
Hugo Keenan shows incredible speed to save the day after rollicking Irish start
Owen Farrell praises Johnny Sexton in revealing interview ahead of Six Nations
Everton release brutal 59-word statement to confirm Anthony Gordon departure
You may also like
1 day ago
Nottingham Forest: Sensible signings or real life Football Manager?
1 day ago
The three signings expected to be included in Chelsea Champions League squad
1 day ago
The SportsJOE Friday Pub Quiz: Week 9
2 days ago
Chelsea fire back and clear up why Hakim Ziyech's PSG move collapsed
3 days ago
The four players offered to Man United before they decided on Marcel Sabitzer
4 days ago
Police called to Roma midfielder Nicolo Zaniolo's house after he misses training
Next Page