LeBron James and Jimmy Butler went kitchen sink in Game 5 of the 2020 NBA Finals, and it was everything we could have wished for.

Miami Heat went into the game trailing James' LA Lakers 3-1 and needing to go to the well three straight times to win the title. The mountain still needs climbing, but Butler's second triple double of the finals [35 points, 11 assists, 12 rebounds] means the ascent has begun.

James, seeking his fourth NBA title and first with the Lakers, was close to a triple-double of his own and dropped 40 points for the cause. He was even sinking three-pointers from deep in downtown.

Ultimately, though, another epic James' performance was not enough as the Heat won 111-108.

END_OF_DOCUMENT_TOKEN_TO_BE_REPLACED

"He was able to make one more play than I was tonight," James reflected after the loss, "and come away with the victory."

With Anthony Davis going over on his ankle in the first quarter, and leaving the game for a while, the Heat started brightly and led by 11 points at one stage. James was not having it, though, and with Davis returning to the game and contributing 28 points and 12 rebounds, the Lakers clawed their way back into it.

It was a game for the ages, as Butler and James drove their sides on and kept showing up with crucial plays, and scores. With 16 seconds to go, and the Lakers leading 108-107, Butler drove for the basket and drew a foul from Davis. He sank both free-throws to give his team a one-point lead.

James took possession, as the clock wound down, and bulled forward, drawing Butler and Duncan Robinson to him. Then, in a move reminiscent to Michael Jordan dishing to Steve Kerr for the three-point winner in the 1997 NBA Finals, James flung a bass back to the wide open Danny Greene. 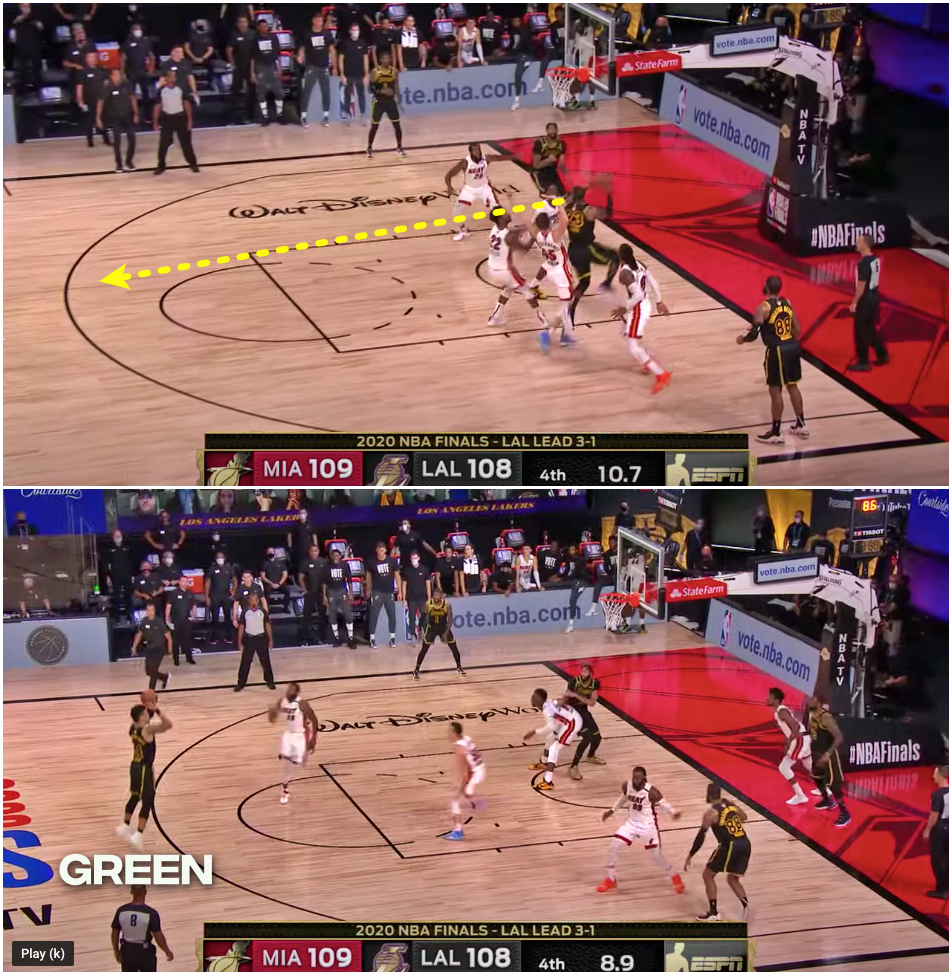 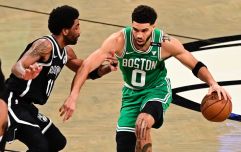 "It's your mother******* time!" - No hard feelings as Kyrie Irving crowns Jayson Tatum

END_OF_DOCUMENT_TOKEN_TO_BE_REPLACED

It was now up to Green, who won NBA titles with San Antonio and Toronto in 2014 and 2019. Despite shooting at just 33% in the entire post-season, Green had played well in the Game 4 win and would have been confident of dropping the three with such a clear look.

James' pass was lower than he would have liked, meaning Green had to take a quick bounce to set himself up. His shot was a couple of inches short, though, and bounced back off the rim.

All was not lost, though, as Markieff Morris grabbed the offensive rebound with over five seconds to play. The pressure told on Morris, however. Having contributed just one point from his 23 minutes on the court, he turned down a simple pass to Green and a tougher one to James and attempted the step-back jumper. 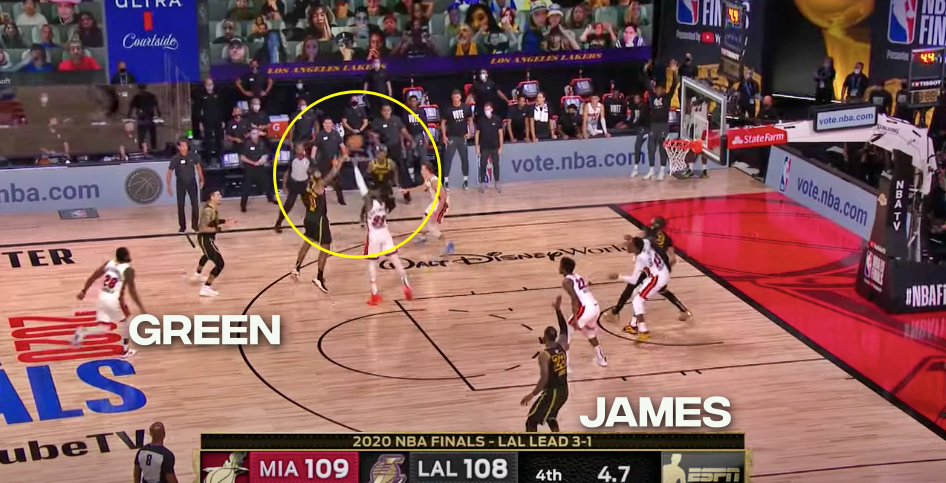 His effort fell about a foot short and that was the ball game. The Heat added two more, from the free-throw line, and it was left to James to try and miss with a half-court Hail Mary attempt as the buzzer sounded.

"I've always played the game the same way since I was a kid and I've had success doing it," James reflected after a tough loss. "And I won't let a play here or a play there change my outlook on the game and how I play the game.

It's one of the best shots that we could have got, I feel, in that fourth quarter, especially down the stretch with two guys on me, Duncan Robinson and Jimmy, and Danny had a hell of a look. It just didn't go down. I know he wishes he can have it again. I wish I could make a better pass. You know, but you just live with it."

No hiding place for Green, then, but the Lakers will have another chance to close out the finals on Sunday night [Monday morning from 12:30am GMT].

As for Butler, he admitted he was spent after his team's win, but he vowed the Heat would bring it again for Game 6.

"We're still fighting. We're in it to win it, we're not backing down, we're not scared of nobody."


popular
Mario Balotelli, Luis Suarez, Fernando Torres and why Rio Ferdinand "hated them"
"I remember just hugging this Irish guy" - How one Kiwi rugby star reacted to Ireland's historic series win
"I don’t trust you" - Joey Barton delivers brutal dismissal of Irish defender
Down county football is in tatters, but Conor Laverty is the man to piece it back together
"I'll ask for everyone that comes to the game to wear purple and roots for us" - Pat Fitzgerald
Gatecrashed interviews and chip-shop previews - Wexford GAA's online coverage sets the standard
Javier Hernandez offers to play for Manchester United for free
You may also like
6 months ago
How The Occlusion Cuff can help build strength, endurance and recovery from injuries at a faster rate
7 months ago
NBA player wins game with 'impossible shot' with less than one second to go
9 months ago
NBA star Kyrie Irving banned by team until he is fully vaccinated
1 year ago
LeBron James taking heat for leaving blowout Lakers loss with five minutes remaining
1 year ago
Zlatan doubles down in LeBron beef, saying athletes should 'stay out of politics'
1 year ago
LeBron James hits back at Zlatan's 'do what you're good at' comments
Next Page