The perils of printing a newspaper.

Deadlines must be met, and sometimes the story can change suddenly.

The Boston Globe weren't the only ones to write off the New England Patriots by the time of the third quarter in Super Bowl 51 on Sunday night.

The Patriots trailed the Atlanta Falcons 28-3 in the third quarter, and looked certain to lose the game in Houston.

Many people on this side of the Atlantic decided they had seen enough and went to bed, safe in the knowledge that the game was effectively over. 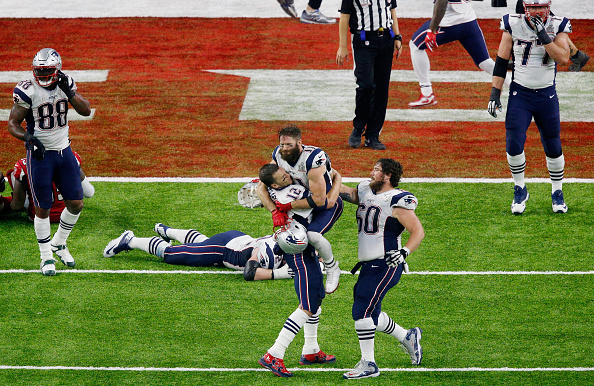 However, the Patriots somehow managed to record a stunning comeback and claim their fifth Super Bowl title.

Led by quarterback Tom Brady, the Patriots tied the game at 28-28, before winning 34-28 in the extra period.

Here was the front page of the Boston Globe on Monday morning:

But here's an earlier edition, published when all hope appeared lost for the Patriots:

Family friends in Naples, FL had this delivered to their house this morning. The perils of early edition newspapers. pic.twitter.com/iSbchhrqSx

The newspaper might be a collector's item in years to come.


popular
The SportsJOE 12 o'clock quiz | Day 292
Daniel Cormier defends immediate reaction to shock Conor McGregor loss
Danny Drinkwater deletes Lampard sacking 'celebration' post after furious backlash
"It’s an easier life in goal, you’re not waiting for some fella to give you a box in the jaw"
Two uncapped players and some shock omissions as Ireland name Six Nations squad
Looks like Rojo and Lingard are finally on the way out of Old Trafford
Conor McGregor wants immediate Dustin Poirier rematch, for UFC title
You may also like
1 year ago
Door open for Patriots' Rob Gronkowski to join WWE after Super Bowl LIII triumph
1 year ago
New England Patriots come out on top in Bill Belichick Super Bowl masterclass
1 year ago
Prop punters were not one bit happy about the Super Bowl national anthem
2 years ago
Patriots mascot ends up in hospital after tackle from Jets safety Jamal Adams
2 years ago
The complete spoofer’s guide to talking about Super Bowl LIII
2 years ago
'I'm too old, you're too slow' - Tom Brady fires back at Patriots critics
Next Page