Woodward must "prove us all wrong", not Sanchez

A problem entirely of United’s own making.

When Fine Gael prepared to contest the General Election in 2016, they briefly glanced around the country and made a judgement. They clapped themselves on the back, congratulated themselves on pulling the country single-handedly from the precipice and decided to run on the slogan “Keep the Recovery Going”. The country, however, didn’t agree. People outside the silicone bubble of Dublin asked ‘where’s this recovery then?’. Fine Gael lost 25% of their seats. Their message was entirely wrong. They paid for it. Manchester United are paying for shouting their mouth too… Literally.

The news that the Bruno Fernandez to Manchester United deal is stalling has become a massive source of ire for United fans. The news that Ole Gunnar Solksjaer believes Alexis Sanchez will return this summer will also be a lightning rod for deserved criticism. It’s been a pretty dismal season for the red half of Manchester; fifth in the Premier League and barely in reach of the top four only because of the similarly appalling seasons by Chelsea, Spurs and Arsenal. A squad clearly in need of bolstering in a number of key positions looks set to be unchanged for the run-in, as Ed Woodward’s sudden prudency limits the chances of anyone arriving at Old Trafford before the window closes.

In his defence, he had to make a stand at some stage. For too long Manchester United, since Ferguson left, have been forced to pay over the odds for players. As their status has waned on the domestic and continental stage in the past eight years or so, their pulling power has become markedly weaker. When they haven’t been able to offer trophies, or even guarantee Champions League football, they have been forced to offer substantial financial rewards in their stead. 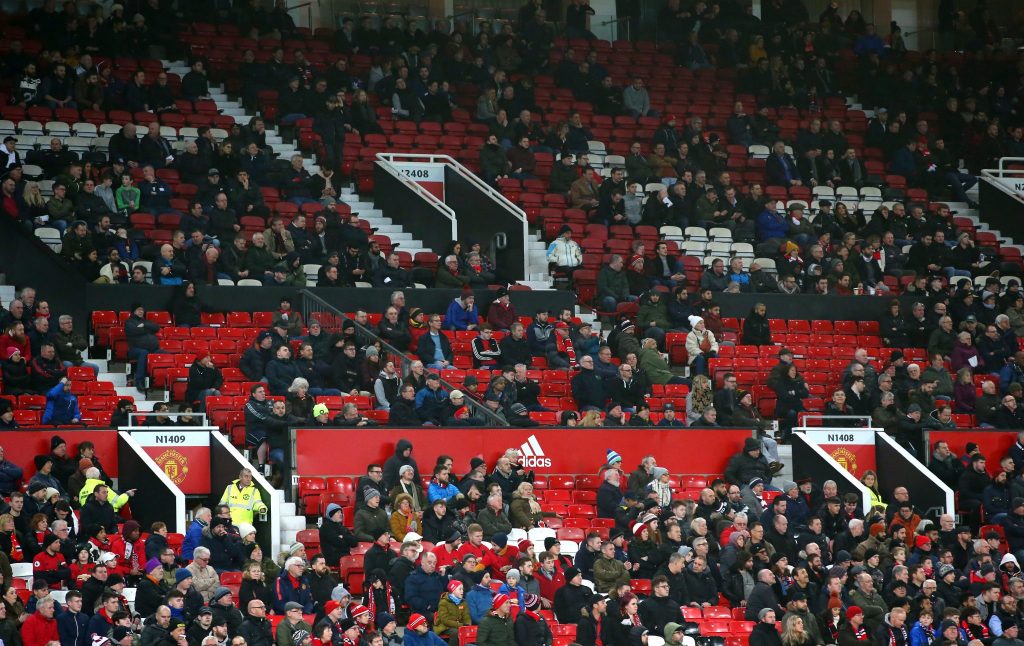 But the blame for that “United tax” must rest solely at the feet of Ed Woodward. If you stand on a soapbox and roar through a megaphone just how great you are, you cannot expect people not to bear that in mind in how they deal with you in the future. If you prioritise financial gain instead of long-term planning, assemble a Galactico B-team over genuine squad-building and make sure you have five star ratings on your app before a decent out-and-out striker, other teams will take advantage of that.

In a quarterly conference call to shareholders in May of 2017, Ed Woodward summed up his approach to Manchester United in one sentence;

"Playing performance doesn't really have a meaningful impact on what we can do on the commercial side of the business."

At that moment in time, United were in 6th place, 4 points off rivals City in 4th and 19 points off Chelsea in first place. They would finish in 6th, 7 points off 4th place and 24 off top spot. The Europa League win against Ajax saved their season, patching up a missing limb with a few bits of Lego. But, Ed was quick to point out in the same call just how great the new YouTube channel was going;

"After the first week it went past the Dallas Cowboys and after the second it overtook the New York Yankees -- it's bigger than any U.S. sports team's channel"

So when the summer transfer window last season saw Romelu Lukaku and Alexis Snachez leave with no viable replacements coming in, United fans were understandable concerned. The lightning form of Marcus Rashford and the unexpected rise of Mason Greenwood have covered these cracks somewhat, but Solskjaer’s comments today will have done little to reassure United fans. In fact, it’s another Moyesian moment for a man who is tarnishing his reputation with every passing day. He branded the questions on the Fernandez transfer “a waste of time” while saying that Sanchez would “come back in the summer and will prove us all wrong.”

He also dismissed the January transfer window somewhat, saying “I can’t remember how many good ones we’ve brought in and good deals in January.” He namechecked Henrik Larsson, Nemanja Vidic and Patrice Evra as good examples. But the man who will apparently make his glorious return this summer, a January acquisition in 2018, wasn’t included. 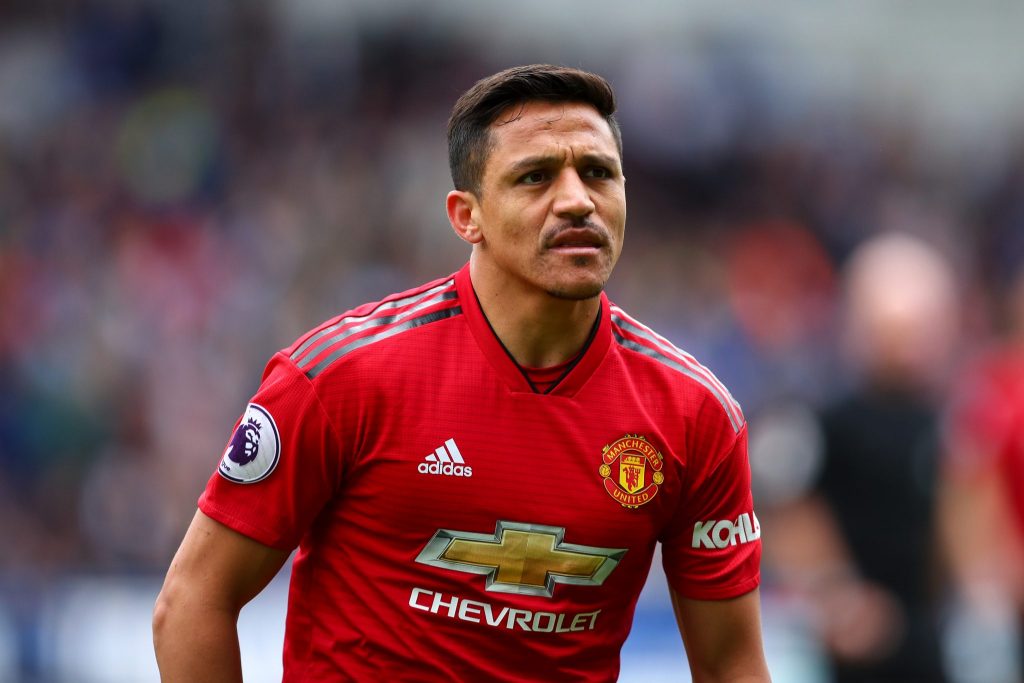 Just a quick reminder of Alexis Sanchez’ record at United; 5 goals in 45 appearances. He got booked as many times as he found the back of the net. But, Woodward would tell you that it was a great success because he trended on Twitter;

"Alexis Sanchez has set a new January signing record in terms of shirt sales - three times that previous record… It was the biggest United post on Instagram with two million likes and comments, the most shared United Facebook post ever, the most retweeted United post ever and #Alexis7 was the number one trending topic on Twitter worldwide. To put all that into context, the announcement posts generated 75 per cent more interaction than the sale of the world's most expensive player last summer when Neymar moved from Barcelona to PSG."

Those quotes came in February of 2018, before Sanchez flopped at United, but it showed just how little his footballing prowess actually mattered. What was of real concern was whether or not he was willing to sit in front of a spotlit piano so Manchester United could deepen their internet footprint. And now he'll be back, because no one else wants him and United bought him. He's their problem.

Why is Solskjaer standing for all this? Simply because he doesn’t have anywhere else to go. This is a man who, barring two unlikely wins in four days against City and Spurs in December would not be in the manager’s seat at Old Trafford. He’s not exactly in a position of authority or power. It’s hard to dictate orders whilst sitting atop a Jenga tower.

Woodward is right to make a stand, in some ways. If United continue to cave on transfer prices, when they go to spend big in the summer clubs will know they can squeeze a couple more zeroes onto their valuations. He’s like a parent in a sweet shop who’s already handed their toddler a fiver to stop a tantrum. All the kid needs to do is cry and stamp their feet and they know the wallet is coming out again. But Woodward can’t really complain about a problem he created, and he doesn’t exactly have a solid track record to prop him up. Woodward, much like the manager he stands so steadfastly behind, doesn’t have much credit in the bank when things begin to run aground. But he does, apparently, have plenty of money. So who really wins? 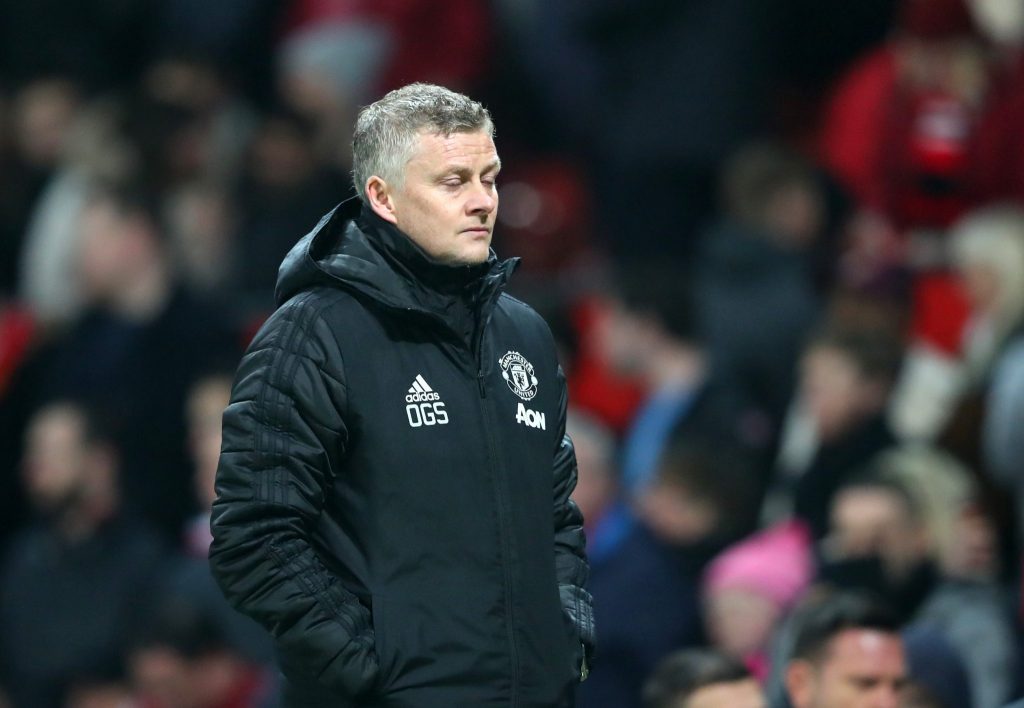 
popular
The SportsJOE 12 o'clock quiz | Day 9
QUIZ: Can you name the Football Italia cult heroes?
No loneliness for this long distance distance runner on Cork's thrilling coast
The SportsJOE 12 o'clock quiz | Day 8
"I'd play 18 holes of Pitch n Putt" - Jack O'Shea's All-Ireland final prep pure class
QUIZ: Name the blurred Premier League stars | Part 2
UFC 249 going ahead 'with or without' Khabib Nurmagomedov
You may also like
1 week ago
The Ultimate Manchester United Treble-Winning Quiz
4 weeks ago
"The day Dean Henderson comes back, he's obviously fighting to play"
4 weeks ago
"I would have lynched him after that" - Roy Keane
1 month ago
Four features of Mason Greenwood's goal vs Watford that shows he is going to the very top
1 month ago
Carragher pushes all the right buttons and Keane delivers in gold
1 month ago
Harry Gregg: the goalkeeper who saved a family
Next Page