World Rugby Chairman Bill Beaumont suggested last week that the Rugby World Cup could be held in emerging nations like Ireland, Argentina, Canada and the USA in the future after the 2023 Rugby World Cup was awarded to France last year.

The FFR saw off bids from the IRFU and South Africa Rugby to host the 2023 tournament despite World Rugby’s Technical Review group endorsing the South African bid after a 10-month review of all three bids.

The 2023 tournament will be the second time World Rugby's premier showcase will be held in France, which will also run just before the 2024 Olympics in Paris, but Beaumont suggested that World Rugby will need to have further debate over what type of nations will host their flagship tournament in the future.

"World Rugby will have to have a philosophical debate going forward," Beaumont told reporters last week.

"It's important that we are commercially successful but we do need to have that debate whether the next World Cup following France will go to an emerging country or an established country that actually needs a bit of help as well.

"Do you say to Argentina, do you say to Ireland, Canada, the USA, these are countries we're going to because actually strategically, that is going to make the biggest difference in that area?" 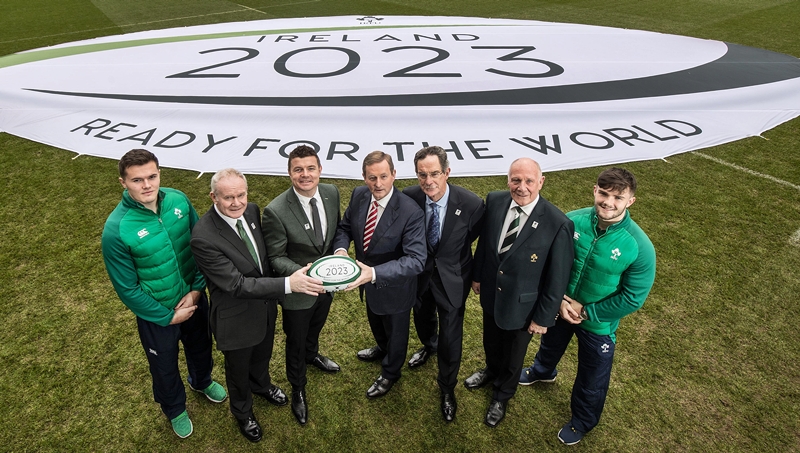 END_OF_DOCUMENT_TOKEN_TO_BE_REPLACED

An Taoiseach, Leo Varadkar TD, commented after the failed 2023 bid that there may be occasions in the future where Ireland could show the world what they're capable of and that the independent review group did identify Ireland as capable hosts, even if there are still a number of concerns around potential bids.

"I am of course deeply disappointed by this result but I wish France the very best in their preparations for Rugby World Cup 2023. World Rugby had a choice of three excellent contenders," said Varadkar.

"As someone who has been involved in the bid from the beginning, I had hoped that Ireland would be selected. But we were beaten by another excellent candidate and I know that France will host a superb tournament in 2023. I have no regrets about bidding for the tournament and I want to thank everyone who was involved in it.

"We should never forget that the technical report found that Ireland would be excellent hosts for Rugby World Cup 2023, and there may be other occasions for Ireland to show the world what we are capable of."


popular
The four stone-cold certainties for All-Stars even as early as this
Eamon McGee just couldn't help himself with Armagh-melee tweet
Kylian Mbappe reportedly wants PSG to sell Neymar
"He's actually smiling putting the ball over the bar. He should nearly be fainting." - Ryall on Limerick's legacy
Full Ireland player ratings after Maori All Blacks teach us an early lesson
'Does not look too good' - Andy Farrell offers worrying injury update on Cian Healy and James Hume
Frenkie de Jong 'determined to stay' at Barcelona, despite Man United agreement
You may also like
2 years ago
Devin Toner on thoughtful Ronan O'Gara message after World Cup heartache
2 years ago
"It was a complete and utter shock when Joe's name came up on my phone" - Devin Toner
2 years ago
Sinckler a stand-out, but more consistency needed - Flannery
2 years ago
"We haven't got a long-term or short-term estimate of when Joey is back" - Stephen Larkham
2 years ago
House of Rugby team agree on seven players in World Cup 'Best XV'
2 years ago
Pieter Steph Du Toit locks down World Player of the Year award
Next Page