High praise from the former England and Lions centre.

Will Greenwood has selected his Irish players in his Six Nations team of the tournament and reserved particular praise for three Irishmen.

END_OF_DOCUMENT_TOKEN_TO_BE_REPLACED

Greenwood chooses "world-class" Johnny Sexton ahead of his own countryman, George Ford, and describes Ireland captain Paul O'Connell, who he picks beside Alun-Wyn Jones in the second row, as a global great.

However, it is blindside flanker Peter O'Mahony that he reserves the highest praise for. The Munster captain, he says, is quiet but extremely effective. He continues:

'If all the wild horsemen of the apocalypse came around the corner O'Mahony would charge straight back at them.'

While Greenwood does leave Jared Payne and Robbie Henshaw out of his backline, he notes that their burgeoning centre partnership is looking "ominous" ahead of the World Cup.

Will Greenwood's Team of the Tournament 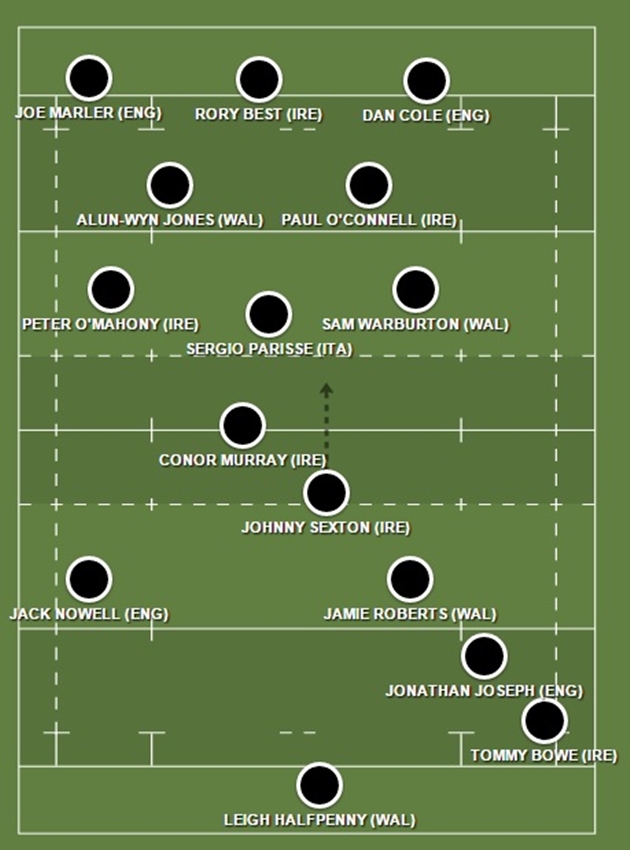 
popular
"The economy was one of the big reasons" - Cadogan's move from an electrician to personal training
Eamon McGee just couldn't help himself with Armagh-melee tweet
Kylian Mbappe reportedly wants PSG to sell Neymar
QUIZ: Can you name these 50 Premier League players from the 2010s?
Strongest Ireland team to face New Zealand in Test opener, after squad set-back
Robert Finnerty's strut up to the penalty spot was the stuff of legend
"If he can channel it in the right way, he'll go right to the top of the game" - the brilliance of Rian O'Neill
You may also like
1 day ago
Ireland include plenty of new faces in team to face Maori All Blacks
1 day ago
Strongest Ireland team to face New Zealand in Test opener, after squad set-back
1 day ago
Seven Ulster stars make Best XV of Irish players from United Rugby Championship
1 day ago
Joe Schmidt's new role gives Ireland perfect opportunity to back up all the talk
1 day ago
Mack Hansen among the casualties as Covid and injuries hit Ireland camp
2 days ago
Craig Casey relishing challenge of creating rugby history in New Zealand
Next Page